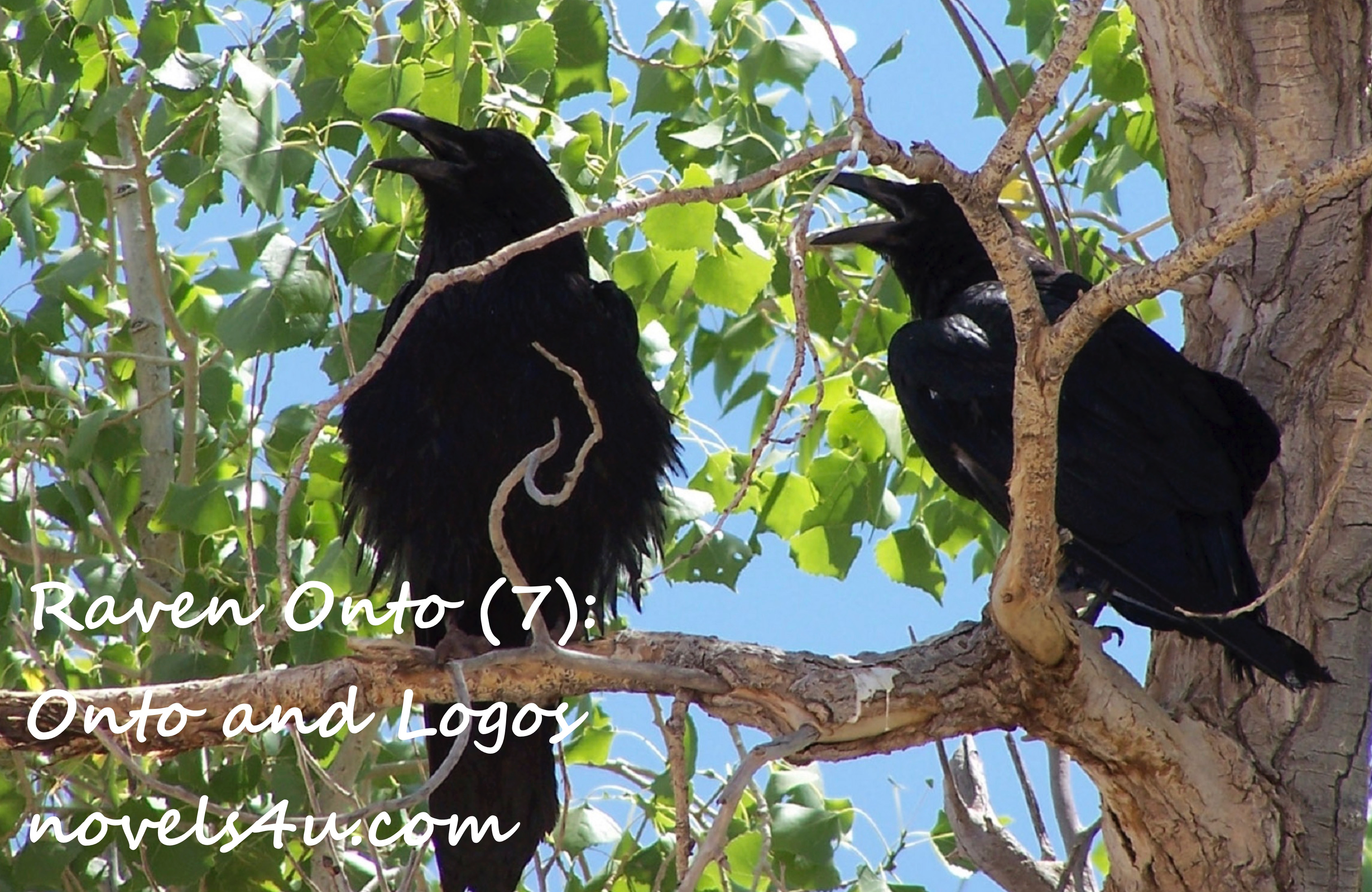 Onto came and went as he pleased. Sometimes he flew along on our walks and disappeared again. It was nice to watch him, in his power and joy that gives the young life. In what intensity was it connected to life, it cost, scooped it up, without its current becoming less and less. On the contrary, it flowed more and more. Life urges to live it. Our nonhuman fellow creatures follow this call unrestricted. Only people ignore it too often, yes they act against him. It could be so easy if we just paid attention. Why was that sometimes so difficult?

One day, many months later, Onto landed next to me on the terrace. That was not unusual, except that a second raven settled in next to him a few moments later, for the first time. At first, I was confused, but when Onto sat on my shoulder and croaked loudly, it dawned on me slowly. Could it really be? Had Onto found a companion and the onto the logo? May I hope that where the word finds its way back to being and both connect, the word expresses life again and life in the Word resonates? At any rate, they swung open and sometime later I saw that they were building a nest, not far away in a tall beech. With the naked eye, I was able to observe the progress of their efforts. „Life continues,“ I said to myself. If his companion was still very reserved at first, she was ready to accept the offered treats. From time to time I could also observe that they were feeding each other. Harmony and intimacy spoke of it, respect and esteem, as a matter of course, as it should be. However, we were not as familiar as with Onto, because she had not had his experiences and was more cautious towards us. And that too had to be acknowledged.

One day, as I was walking with the dogs in the woods, a deafening bang shredded the silence. „It could just have been a shot,“ I thought, as Onto came flying excitedly, sitting on my shoulder to fly up again. He repeated this a few times, until I finally realized that I should follow him. I did that as best I could. We came to an open clearing and he sat down in the grass. There was something dark beside him and as I approached I recognized it. Horror and unspeakable anger drove me through. Quite silent, the raven lay in the grass and did not move. Carefully, I took it in my hands. Dark, warm blood seeped through my fingers. „He shot you dead,“ was my first thought, „Totally shot dead.“ Tears ran down my cheeks, tears of sadness and anger. To wipe out a life without reason, just to extinguish it. What are those people who do that and still enjoy it? Just then I had thought, finally had the logo of the Onto, found his being to the word, then it was over again. Shot dead. Divided. And everything would be the way it was. Nothing would change. It does not matter if God is dead or not. But to separate the logos from the onto, to kill the logos, that matters. „The word is dead and we killed it,“ I remember, remembering the famous Nietzsche quotation, through my head. I had had so much hope, so much confidence and trust, and everything had been wiped out, from moment to moment, for no reason. There is nothing to be understood, because what can one understand at the work of mere destructiveness? And I knelt in the meadow, the dogs around me, who had settled in the grass and the raven in my hand while the blood wetted my fingers. Onto hoped for me. Did he want to alert me to something? As so often, I did not immediately understand him. Humans are so used to communicating in language that they do not understand the simplest gestures. „What do you want to show me?“ I asked silently, as he flew onto my arm and touched the black plumage of his companion with his beak.