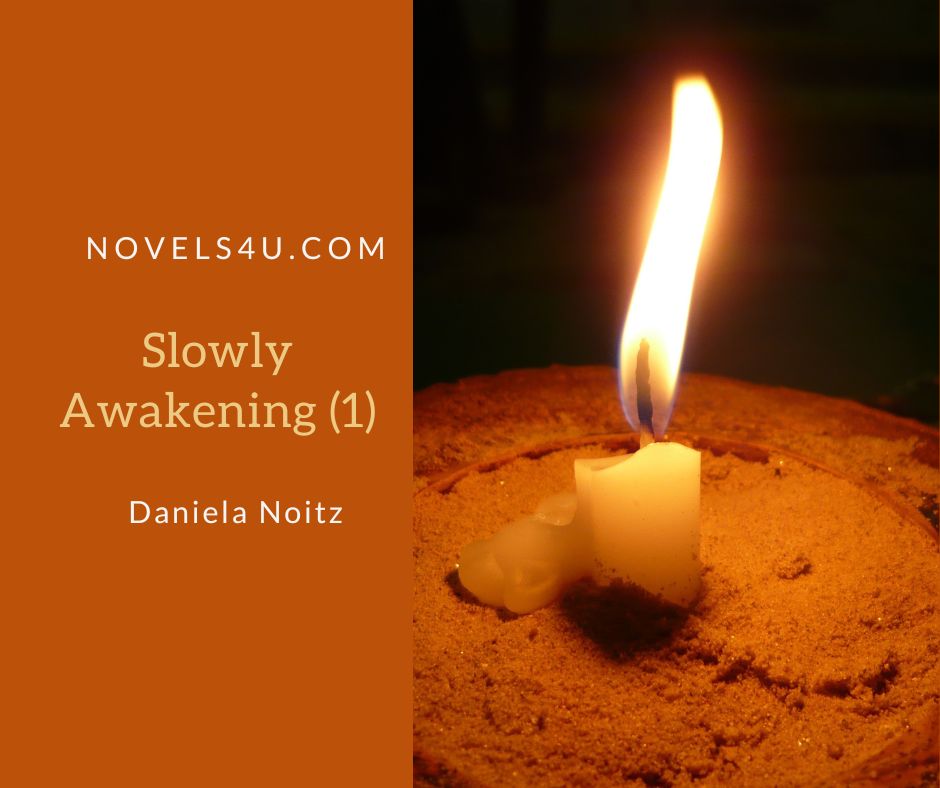 Kukka was tired, so very tired. She had waited a long time, but he had not come. The candles she had placed on the lovingly and carefully laid table had long since burned down. But he had promised. „No, this time I’ll be home on time if it’s that important to you,“ he had said. And she had believed him. He must have been there for months – or maybe even years? – always came much later than he had announced. „Today it’s not late,“ he then announced when saying goodbye, or „Today I’ll stay at home, and we’ll do something“. He hadn’t said the latter for a very long time. The last time he could see her sadness. Then he’d lost sight, even for that. Actually, he had lost himself, in his work, in his creativity, but also the attraction of making money. Eventually she gave up. If he was there, he was there, if not, then not. After all, they had vowed never to restrict each other’s freedom. Back when it was different. But what actually happened? Where had she lost him or was he lost to himself? The first years were so beautiful and carefree, full of togetherness and joy, filled with the dream of a life full of love.

Kukka, whose real name was Franziska, lived with four other artists in a house that was idyllically situated in the country, but was actually in need of demolition. Makeshift, as far as they understood, they had prepared the house, which had meant nothing other than that one could live in it. They had lived the life of a hippie commune, a little anachronistic after the turn of the millennium. Kukka meant the flower. And that’s exactly how Kukka felt in this community, like a flower that was finally allowed to bloom, where she was allowed to practice her art, painting, and felt understood. Kaya the woodcarver, Cady the singer-songwriter, Allegra the writer and Floyd the glassblower had teamed up with me to live their art freely and yet together. Everyone had their own room, they only shared the bathroom and kitchen. Kukka had moved into the smallest but brightest room, which allowed the light to flood in through a picture window. One day he was standing in front of the door, who called himself Buzz, which means something like village in the forest. Kukka, the lively little artist with the long, fire-red hair, had just stepped out of the house and faced the strange man, who was so tall, with short, black hair and a three-day beard. They had smiled at each other and understood. It was a moment of unity that neither of them could explain, not then because they didn’t want it, because they were afraid the magic would wear off, and not now because it didn’t seem important anymore. But on that day, in that moment, they had already decided what they would live for the next 20 years, together. „I’m Buzz,“ he had said, „I tinker with houses, old houses. I think you still have a lot to do. Do you think I can stay and support you?“ „My name is Kukka“, she had replied, „I think we could use a helping hand, as you can see for yourself. We’re all good at our art, but apparently not when it comes to construction.” So, Buzz moved in, initially in the attic room as the only room that was still available, but very soon moved to Kukka. He had done the house very well so that the charm was retained but it was warm and cosy. In addition, he had ensured that they became both energy and water self-sufficient. Word got around quickly and Buzz had received more and more lucrative orders. These first five years were the most productive and inspiring of their life together. Six artists who didn’t search for each other, but found each other, who inspired each other and surpassed themselves. But little by little, the other friends moved out because it called them out into the world, or even just to move into their own domicile with the family they had founded, as their first but also most profound concession their, ultimately bourgeois origin. Kukka and Buzz had found themselves left alone and as a couple. Smiling, they took each other by the hand and realized their lifelong dream of artistic cooperation.

Now, a good fifteen years later, Kukka was sitting alone at the table. The candles had burned down. It hadn’t been necessary to blow them out. Finally, she got up and lay down to sleep, looking forward to the next morning when she would leave the house.