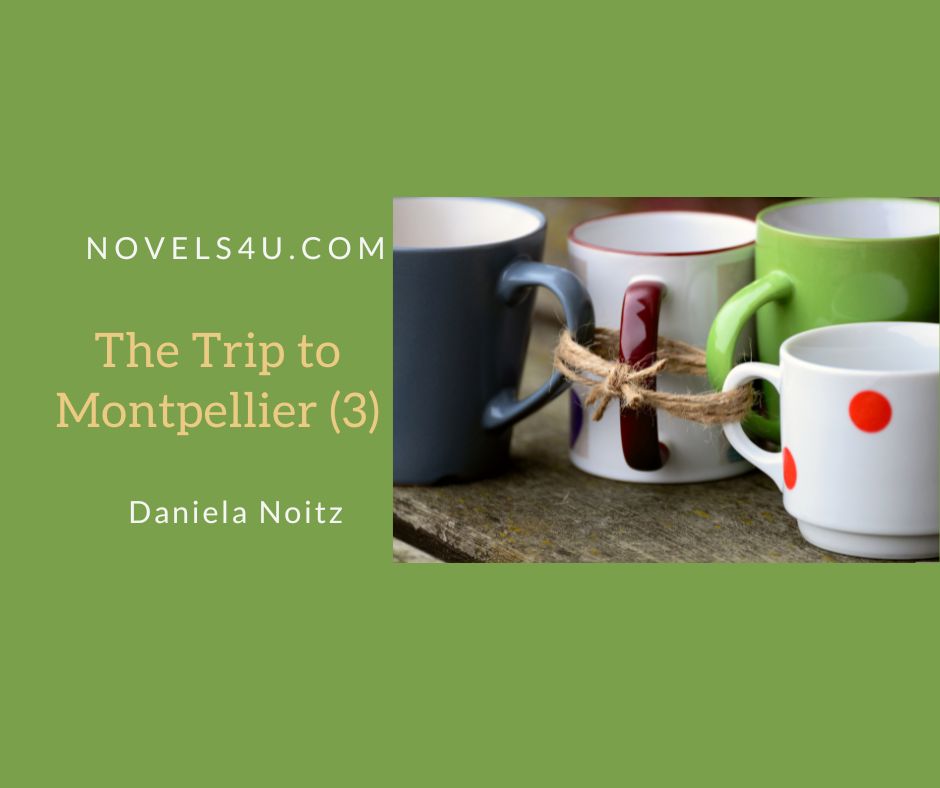 Now that they, Diana and Kendra, had found each other, there was nothing pressing. Kendra had actually spent the night in a youth hostel. „She knows how to help herself when it matters most,“ thought Diana. Of course, she was aware that she should have reproached her daughter, but after describing her journey in great detail, including her fear and desperation when she suddenly found herself all alone, Diana was convinced that that was punishment enough. Maybe, Diana thought, she hadn’t paid enough attention to Kendra. That’s why they strolled through the city all afternoon, went to eat and to the sea, chatted and laughed and were happy just to be together. They didn’t leave until evening. On the way through Italy they stayed in a motel. The next morning, they drove on, made a stopover in Genoa and Milan, so they only returned at night. It had been a long time since she had spent so much time alone with her daughter.

The calm that she took and accompanied throughout the journey made her a good listener. Kendra revealed so much to her that had been lost in the whirl and the demands of everyday life. She missed her father terribly. It was as if he had cast her out, her heart said, even though she knew better. But what can the mind do against a wounded heart. Diana understood the rejection of the man who was to play an important role in her life. What had it done to her that he of all people just ignored her? Diana felt the pain, but there was nothing she could do. Over the years she had repeatedly tried to explain it to her husband in a variety of ways, sometimes calmly and factually, sometimes emotionally and appealingly, but nothing helped. On the contrary, the more Diana tried to influence him, the more he withdrew. She hadn’t been able to help them, neither Kendra, who mourned for the father she never had and had wished for so badly, nor her father, who might one day mourn the missed opportunity to have a relationship with his daughter. Then it would be too late. But Kendra told Diana a lot more, everything that moved her, what gave her hope and what scared her, probably also because Diana didn’t judge but just listened, glad that she let her daughter into her so much. How often does it happen that we unreasonably assume that the people we live with are okay? How often are we blind to the concerns and needs of those who are supposedly closest to us? It may not always be possible to really get involved, to find calm and prudence, but Diana resolved to be more careful from now on. In a way, her daughter’s breaking out had also been a cry for help. Diana had heard him and reacted to it, hadn’t let him go unheard. And now that she understood this, she also realized that there had been signs that she had overlooked or ignored. They were too inconspicuous. It had been necessary to be louder, more conspicuous and attention-grabbing, it had been necessary to be noticed, even in her distress.

Diana and Kendra were dead tired when they returned home that November night. It was the first night Diana slept through the night again. She now knew what was really important in her life, what counted. To be there for the people you are connected to, who care, but also to banish those from your life who only cost you strength, who suck you dry and strengthen yourself while you slowly perish from it yourself, those who care about you only use it until you no longer have any value for them and can therefore be exchanged. Every single tear Diana had shed for that man had been wasted. It was the time when she left him behind and also the time to do even more for the people who cared about her and valued her. She had learned all this from her trip to Montpellier. It was good to have made this journey, because it had led Diana far beyond Montpellier to a new understanding and togetherness.