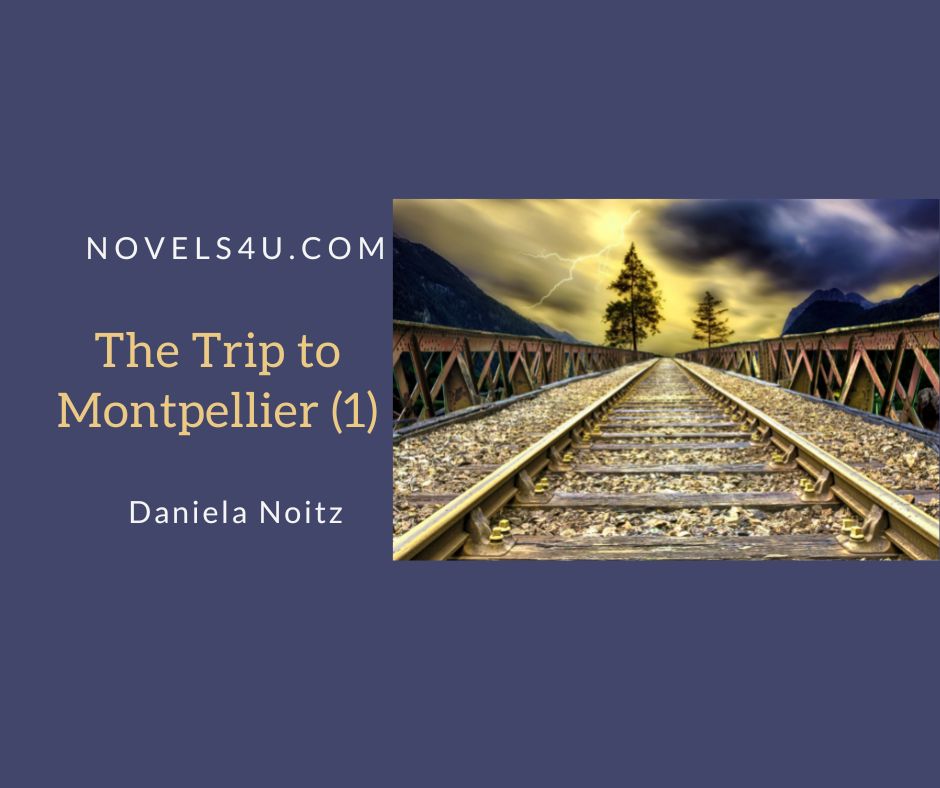 Diana had longed so badly for something to hold on to, a safe haven and someone to listen to her, to be there for her to let go and be weak. After all the years of struggling through life on her own, being there for her two children and having to support herself. For them, her children. Yes, she had been married, but for as long as she could remember it had been more of a burden than a relief. Even if the thought always lived in the back of her mind that she couldn’t break up because then she wouldn’t have anyone to support her. Realistically, no one had ever had them either. It had been nothing more than an illusion. Even when he was there, he had never been there for her, rather had stayed out of everything. Then he took the step of his own accord and moved out. Nothing had changed except that she didn’t have to take care of him as well. It had almost been a relief. Now she was holding the official confirmation of their separation, the divorce papers. Although it was nothing more than the writing of something that was already a reality, it still hurt like hell. She felt like a failure even if she didn’t know what to do differently.

The children accepted it. Their father hadn’t been a part of their life for a long time. So, nothing changed. However, she felt that especially her daughter, Kendra, suffered. But at the age of 17, she no longer showed it. But Diana knew her daughter. She tried to be there for them as best as possible and to catch them in what they didn’t say. But what about her, Diana? She longed, so much that she fell in love, head over heels. Now that she was allowed again. It was a wonderful, enrapturing feeling, as if she had finally arrived. He seemed just the right person to lift her up and protect her and call her home, wounded and exhausted as she was. It was like an intoxication, which, however, passed all too quickly. Because after only a few weeks he showed signs of changed behavior. He didn’t get in touch as often anymore, didn’t seem happy when she came, rather accepted it. But Diana said she was imagining it. He assured her that everything was fine and that she had nothing to worry about. Diana believed it because she wanted to believe it, with all the absoluteness of lovers. But then came the day when it turned out that her intuition had not been deceived. In the evening they went out together and she had spent the night with him. She always got up very early in order to be home in time when her children were up. He usually accompanied her to the car. Not this morning. He would always text her about an hour later to make sure she got home safe. Not this morning. She was sure now that something was wrong. However, it wasn’t until late afternoon before she dared to ask him. Turns out he had another one. She demanded to know when he would have wanted to tell her. He just said he didn’t think it was necessary because he could have both women. However, she is restricted, because he would be in love with the other one. She felt like the ground was being pulled out from under her feet and she was falling into an abysmal, black hole. As filled with joy as the past few weeks have been, so have these hours been filled with pain. Not only that of having been cheated of her love, this wonderful, seemingly unshakable awareness of having arrived and accepted. On top of that, she had also been cheated and lied to. And yet this stubborn, terrible longing remained. But it wasn’t the only bad news she got that day. Her daughter Kendra had not come home at the time Diana expected her to. She immediately tried to reach her, but she couldn’t. Kendra didn’t take her calls, nor did she answer her texts. Finally, around eight o’clock in the evening, the message came: “Mom, I’m in Montpellier, with no money and no petrol. Can you wire me something?” What happened? How did she get to Montpellier, on the south coast of France, and above all, why? Diana was completely devastated. First, she was dumped like a discarded piece of furniture and then she had to find out that her daughter was somewhere all alone in southern France and without money.