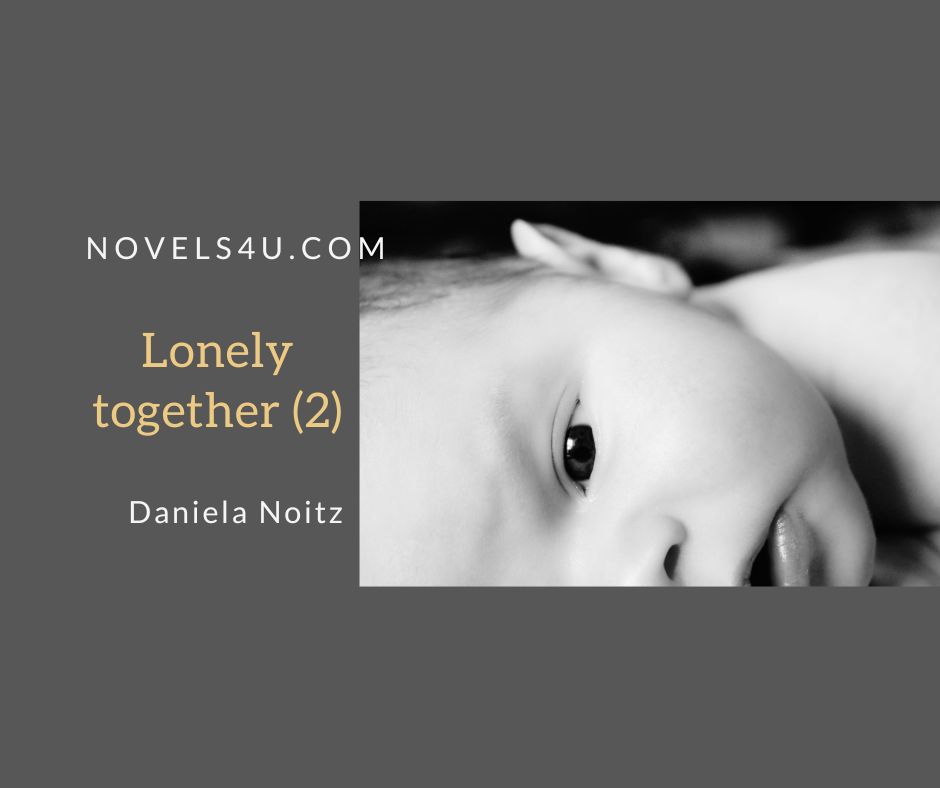 „Come to dinner,“ Constantia and Cordula Kral, Konrad’s sisters, who always performed in pairs, interrupted the narration he had started at that moment. The twin sisters had both become nurses and entered tertiary orders, which meant they lived in the middle of the world like nuns, with all that that entailed, like vows and love of God and neighbor and celibacy. Konrad looked up at them as the children rushed to the dining table but showed no intention of getting up.
„You too, Konrad,“ Constantia said sternly, „and don’t make such a face. You’re spoiling us for the whole evening. We’re having a big party today.“
„That of the birth of our Lord,“ added Cordula unnecessarily.
„But I don’t feel like celebrating at all,“ said Konrad.
„How selfish one can be,“ Constantia replied, shaking her head, „You should be happy and grateful that the Lord was so gracious to you. That you even found a woman.”

„Are you actually so friendly to the patients you are entrusted with?“ Konrad asked thoughtfully.
„Of course, if they are as without faith as you and try the Lord,“ said Cordula. „Besides, there are people who are so much worse off than you, who don’t complain.“
„Thank you for your sympathy,“ Konrad replied shortly.
„Come to dinner or don’t,“ Constantia explained snippily, whereupon both turned and left the room. Konrad stayed and looked at the empty seat next to him, lost in thought.
„You know, Klara,“ he spoke into the void, „I don’t know how I’m going to bear it without you. It was always bad, but as long as you were there I didn’t care. Why did you leave me alone?“
„I ask myself the same thing all the time,“ a soft, soft, quiet voice made him startle. He hadn’t noticed that someone had approached him, he had been so engrossed in his grief, which apparently couldn’t or didn’t want to understand. He slowly raised his eyes. Before him stood a young girl dressed all in black. She seemed thin and slight, with pale features and dark eyes. At last a memory, a realization went through his head.
„Aren’t you Magdalena, Verena’s daughter?“ he asked, although, he was sure, she was his sister Verena’s daughter.
„Yes, that’s me and that’s my daughter,“ Magdalena added, „Her father Sebastian died in an accident two months ago. Aunt Constantia and Aunt Cordula said…“
„Let me guess that you were much too young and that that was the just punishment?“ Konrad said with a grim undertone.
„Yes, they did,“ Magdalena replied, „but are you too young to be happy?“
„No, you’re not. But they probably don’t know what that is and won’t admit it to anyone else either,“ Konrad stated.
„I miss Sebastian so terribly and no one seems to be listening to me,“ said Magdalena.
„Same as me. I also feel so lonely without my wife“, said Konrad, „I know what you mean. But you have the little one. What’s her name anyway?“
„I hope you’re not mad at me, but I called her Klara because you were the only one who ever took care of me, especially when I was sad,“ she explained shyly.
„No, I’m happy about it. It’s like she’s a little more present,“ Konrad said. „Is that why you haven’t been there for the last few years because you felt out of place?“
„Yes, it always seemed to me that I was disturbing, that I didn’t fit in with all the artificial cheerfulness and mendacious friendliness,“ Magdalena agreed.
„You know what? We’ll go to my house and have a quiet evening together,“ Konrad suggested.

And so, they did. From that day on, Konrad supported Magdalena wherever he could, because it wasn’t easy for her, because she had to work to finance life with her daughter. But it was also a help for Konrad, because he now had a task that he was happy to fulfill and someone who understood him.