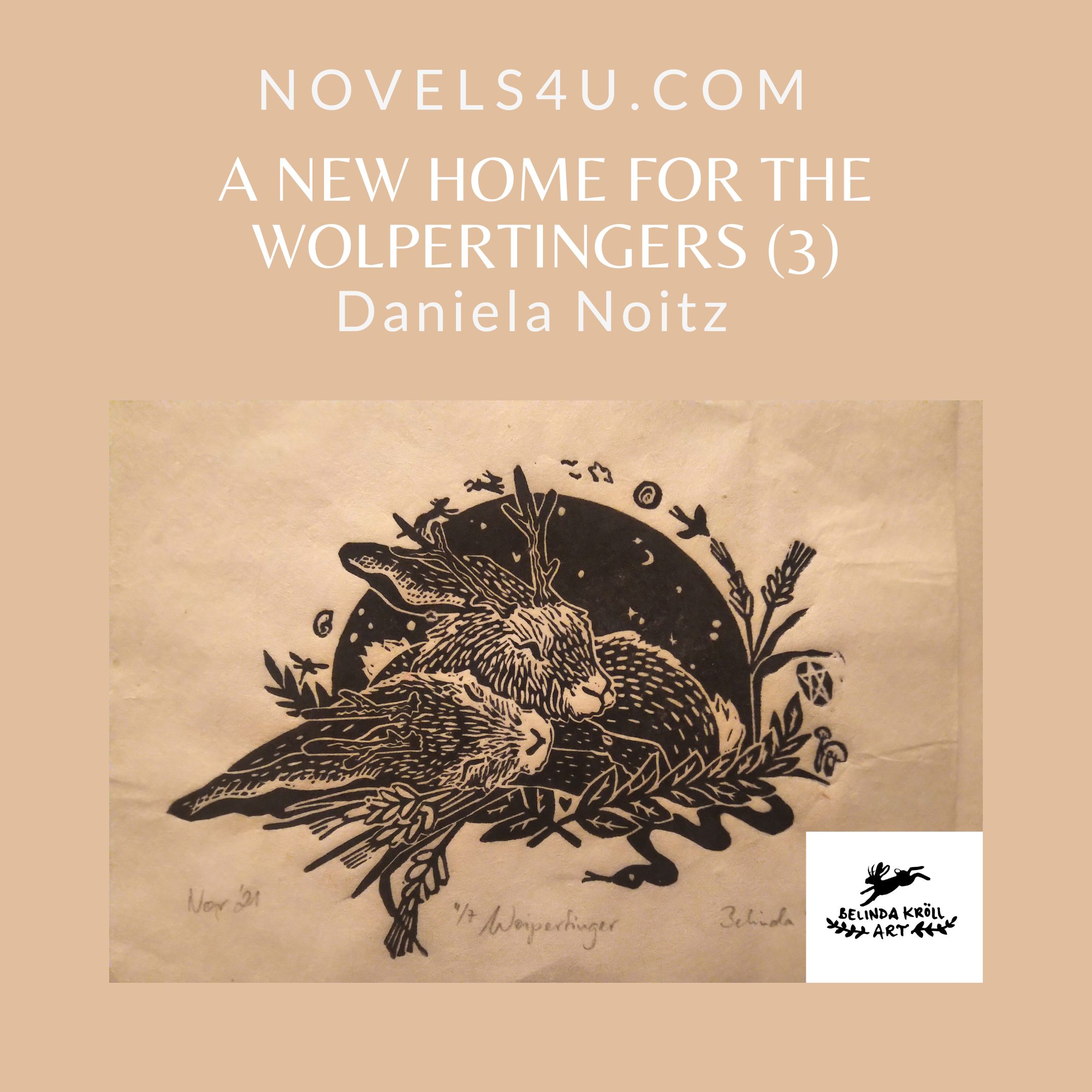 „Within a few days, the girls managed to find a forest,“ the grandmother continued, „but not just any forest, it had to be one that could be a home for the Wolpertinger and all the other animals. But that was only possible if this forest would not be used by humans. No trees should be felled, and no animals should be shot. And that forever. They searched and searched and finally they found the right one, a forest where the owners undertook not to do anything in this forest. You have to know, in the human world everything has to belong to someone and who owns something, that’s the owner.“ „I don’t understand that,“ Waldo said thoughtfully, „Humans are strange.“

„Yes, they are, my little one,“ explained the grandmother with a smile, „But there are also those who help us. The night before the forest was to be cleared, the girls drove up in a truck and loaded up all the animals. Of course, not all of them fit in the car at once. Therefore, they had to drive again and again, but managed to relocate all the animals. At last, we went with it. It was already dusk when we arrived. Sophie, who was driving, pushed the wrong way up to the first trees, so we just had to jump down. She opened the door of the driver’s cab and jumped out when someone suddenly loomed in front of her. With horror she had to realize that it was the fellow who had been following her since the rejection. ‚What do you have in that truck?‘ he hissed at her. Sophie tried to avoid him, but he pushed her closer and closer to the truck, so close that a sheet of paper couldn’t have fit between them. Sophie saw the anger in his eyes and got scared. But she pulled herself together, trying not to let her voice show anything: ‚None of your business.‘ ‚Let’s see about that,‘ he said shortly and was about to walk to the end of the truck when Sophie’s objection stopped him. ‚What do you think is in there? Your fantasies maybe?‘ she challenged him, knowing she had to buy time, had to prevent him from inspecting the truck bed. ‚You know as well as I do that there are these strange creatures in there, I’m going to get them now,‘ he hissed at her. ‚Such a big, strong man and still believes in fairy tale characters. Oh, how cute is that,‘ she replied snippy. ‚Yes, exactly that. You even talk to them. I’ve been watching you and now I’m going to get them before they escape again,‘ he explained to continue his way, when suddenly Zoe unexpectedly stepped forward and stopped him as well. ‚So, so, you saw the Wolpertinger. I think there’s something wrong with your eyesight. Or even with your head?‘ she asked provocatively. ‚Then let me look inside,‘ he said, his voice shaking with anger. Sophie leaned weakly against the truck. ‚Now all is lost,‘ she thought, despite Zoe remaining so calm. Something wasn’t right. ‚But please, please‘, Sophie heard Zoe say relaxed and went behind the truck with him, opened the tarpaulin and let him look inside. ‚But it’s empty,‘ he blurted out involuntarily. ‚Something like that‘, said Zoe amused, ‚all the effort for such fantasies. Or is it just that bad because you can’t shoot anyone after all?‘ ‚You’ll atone for that!‘ he promised and stomped off. The two women waited until he sped away in his car before Zoe could finally let out the long held back laugh. ‘What happened? How did that happen? Where are they?‘ said Sophie, stunned. ‚It’s easy,‘ Zoe said, ‚while you guys were debating, I slipped out the other side and opened the tarp just enough for our furry friends to climb out and hide in the woods. Then I closed the tarpaulin again. You held him up just long enough.‘ ‚So, they’re safe?‘ Sophie wanted to make sure. ‚Yes, they are, and no one will ever harm them again,‘ Zoe confirmed. And since then we have been living undisturbed in this beautiful, natural and unmolested forest, but not only we, but also Sophie and Zoe have moved into a hut that stood here in a clearing, as the only people who dare come here. So Grandma Waldburg finished her story to notice that the two little ones were already fast asleep. Yes, the two could live and sleep carefree, like all of them, forever.