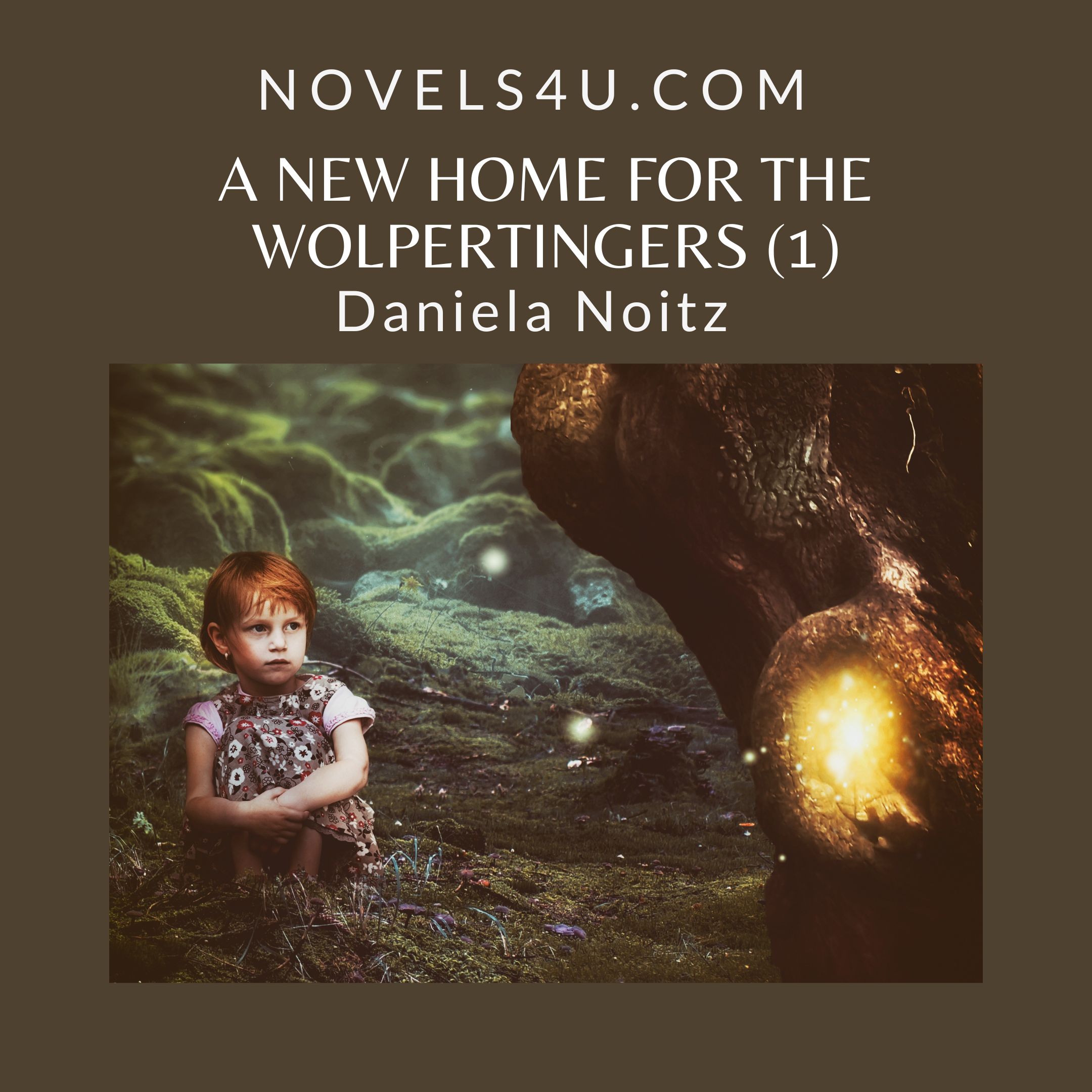 Walda and Waldo, the two youngest of the Wolpertinger family, jumped around on their beds full of joie de vivre. After all, Wolpertinger children are no different from human children, they only look a little different. Grandma Waldburg came to her cave and watched the spectacle for a while because she was delighted to see how high-spirited and happy her grandchildren were. Finally, she pulled herself together and walked over to them. Eventually, she had a job to do, which unfortunately included getting the two hoppers to stop their game and go to bed.

„Walda, Waldo,“ said Granny, trying to keep her voice as serious as possible, „You know, it’s time for you to go to bed.“ „A few more minutes, Granny,“ pleaded Walda. „It’s still so early,“ Waldo joined his sister, but Grandma didn’t budge but suggested. „Now, if you’ll slip under the covers in a good manner, I might be willing to tell you a story.” „A story!“, the two children echoed, „Yes, please!“ Immediately they lay under the covers and awaited the things that might come. „Is there a story that you would particularly like to hear?“ asked the grandma after she had sat down with them. „The story of how we came to this beautiful forest where we never have to be afraid again,“ Walda pleaded. „Yes, and where we always have a home,“ Waldo agreed with his sister. „I particularly like to tell this story,“ said Grandma Waldburg, „because who knows what would have happened if it had turned out differently. But it happened. I’ll tell you about that now.

Many, many years ago we lived in underground caves like this one, but in a much smaller forest that was very close to a pretty place where people lived. At first the people and the Wolpertingers got along well, because the people knew that if we lived in the forest, no misfortune would happen. It was poor but good people who fetched the fruits of the forest, but only as many as they needed, so that there was still enough for the animals that lived in it. It was a good, pleasant get-together. And we thought it would always be like this. But one day an aristocrat came, i.e. a person who was allowed to do much more than other people. I don’t know exactly how this works, but this one really wanted to chase one of us and then put it stuffed next to its fireplace. One of us brought this bad news to the burrow after hearing it. There was a long discussion about how to proceed. We didn’t want to leave, but of course we didn’t want to die either. Therefore, it was decided not to leave the forest, but to avoid any human contact from now on. After this man, who called himself aristocrat, didn’t succeed in catching one of us, he moved on and probably made the area unsafe somewhere else. In any case, we were very relieved, but we no longer trusted the people completely, even though we kept observing them, we broke off all contact. But one day it so happened that a girl was wandering through the forest in search of berries. There were so many this year that she forgot the time while collecting and snacking and suddenly had to realize that it had become pitch black. She fumbled forward until she tripped over a root and sprained her ankle, preventing her from walking any further. It was already very cold that night, so we decided without further ado to take her to the next house. Everyone pitched in and we actually managed to carry the girl to the door of one of the houses in town. Then we knocked, because it was now very late. Only when we saw that the light came on did we hide behind a bush. From there we watched as the girl was brought into the house. She was safe and we could go home safely.” “But what did the girl say, I mean who saved her?” Walda asked her grandmother. „I think she told the truth, but no one would have believed her.“ „And what does that have to do with our rescue?“ Waldo now asked. „Patience, you’ll find out in a moment,“ Grandma Waldburg replied, before continuing.