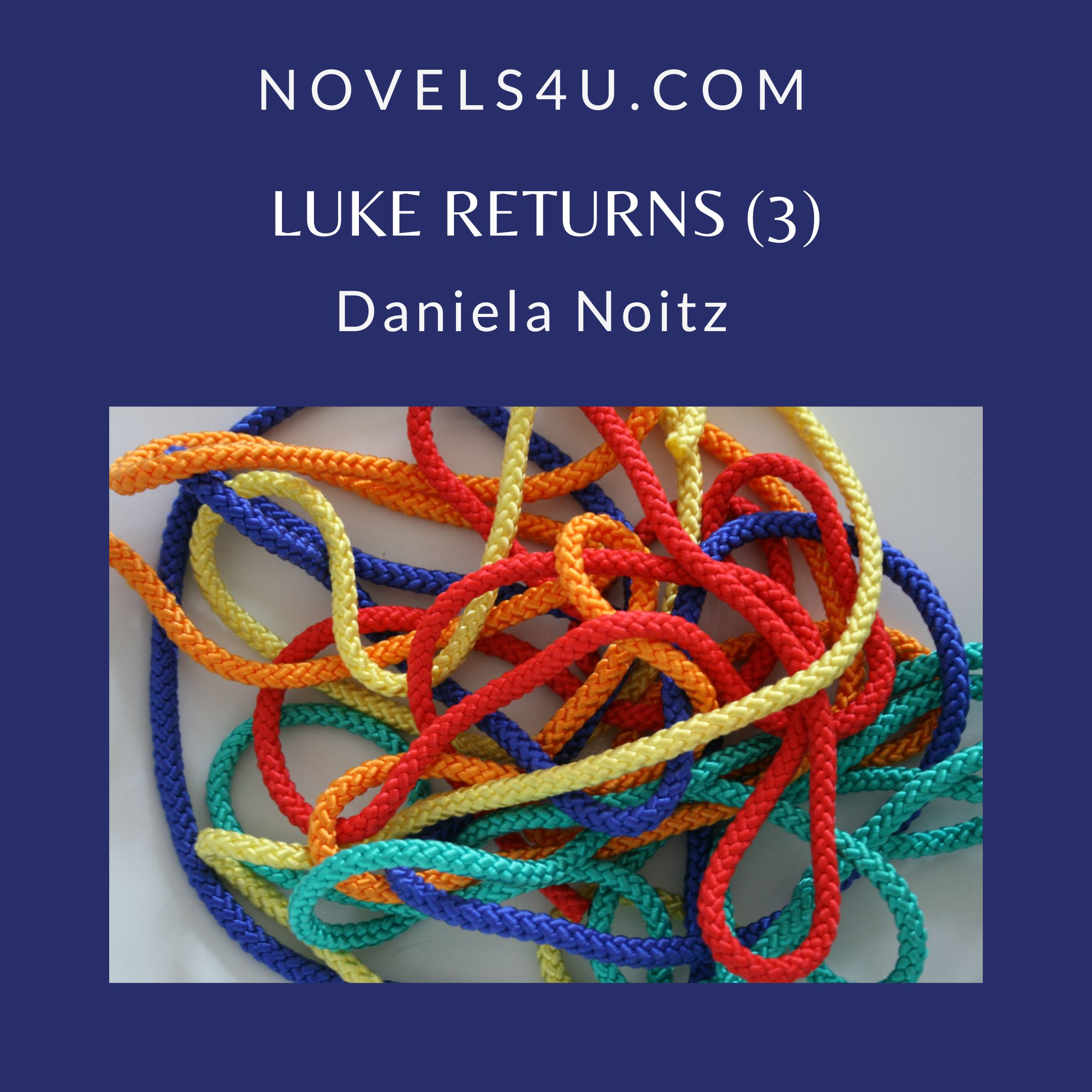 For a few weeks now, Sybille, Lukas and Rolf have been going for walks together regularly, so that they got to know each other better. This is how Rolf found out that Sybille started working as a freelance journalist after completing her studies in philosophy. After her father died, she moved in with her mother, back to her childhood home on this street. Lukas, in turn, talked about his career and the break with his parents. “Actually,” he concluded, “I just broke up with my father. Except my mother hadn’t stood up to do anything about it or to stand up for me. Some part of me probably even hoped that my mother would have shown so much solidarity with me. I imagined she should have left him with her head held high. I would have taken care of her, but she just sat there as if it wasn’t her business. I was so disappointed and never wanted anything to do with them again. Can you imagine how abandoned I felt?”

“Yes, I can,” said Sybille energetically, “but have you ever tried to put yourself in your mother’s shoes? Have you ever thought about why she acted the way she did and couldn’t do otherwise?“ „I asked myself the question over and over again,“ Lukas replied, „and when the initial anger and sadness had evaporated, I could too to allow myself to think that she had no choice, especially since I remembered how loving and devoted she was to my sister and me, how much she protected us from the sometimes abusive father.“ „I think you are like that far that you find out how your mother really fared over the years,” said Sybille determinedly. „What’s that supposed to mean now? What do you mean by that?” Lukas asked confused. “It was last year, around this time,” Sybille began to relate, “your mother became seriously ill, so ill that she could no longer get up, but she absolutely refused to go to the hospital. Just as vehemently as your father’s refusal that anyone else cared for him than your mother. He would have preferred to starve. Then the good Mrs. Birnstingel got involved and brought both your father and your mother to their senses with her resolute manner. On the one hand she organized a cooking service among the women – only women took part – and on the other hand she took care of your sick mother. Now I stood there and couldn’t really do much. So I offered to just keep her company. So, I ended up reading to her and chatting with her. Your father didn’t exchange a single word with her, just sat stubbornly in front of the television. Little by little she began to confide in me, telling me how often she had regretted letting you go, having stayed, and yet, she couldn’t help it, not until the end. At some point I asked her why she didn’t tell you all that, maybe write a letter. Then came the revelation. She had written to you over the years, over and over again.” “But I never received a letter,” said Lukas, shaking his head, who first had to come to terms with this new information. „You can’t do that either,“ Sybille replied, „She didn’t send a single one because she didn’t dare. She was too scared for her husband to notice. And what would have happened if you had answered.” “But she could have told me that I wasn’t allowed to answer,” Lukas interjected sadly, “everything would have been completely different if I had only known something.” “But it is „I haven’t quite lost it yet,“ Sybille explained comfortingly, „As far as I know, she kept all the letters in her sewing room, because she thought it was absolutely beneath your father’s dignity to even get too close to this woman. You just have to find her.“ „In the sewing room,“ Lukas repeated tonelessly, „Would you like to help me look for it?“

So, they decided to head home. The sewing room, as Lukas‘ mother had called it, was full of boxes, sewing machine, ironing board and various other things that one needs for needlework. Sybille and Lukas systematically cleared out box after box until a heavy wooden box fell into their hands. They sat down on the floor amidst the mess they had made while Rolf lazily sat down next to them. Luke hesitated. Should he really open it? What would he expect?