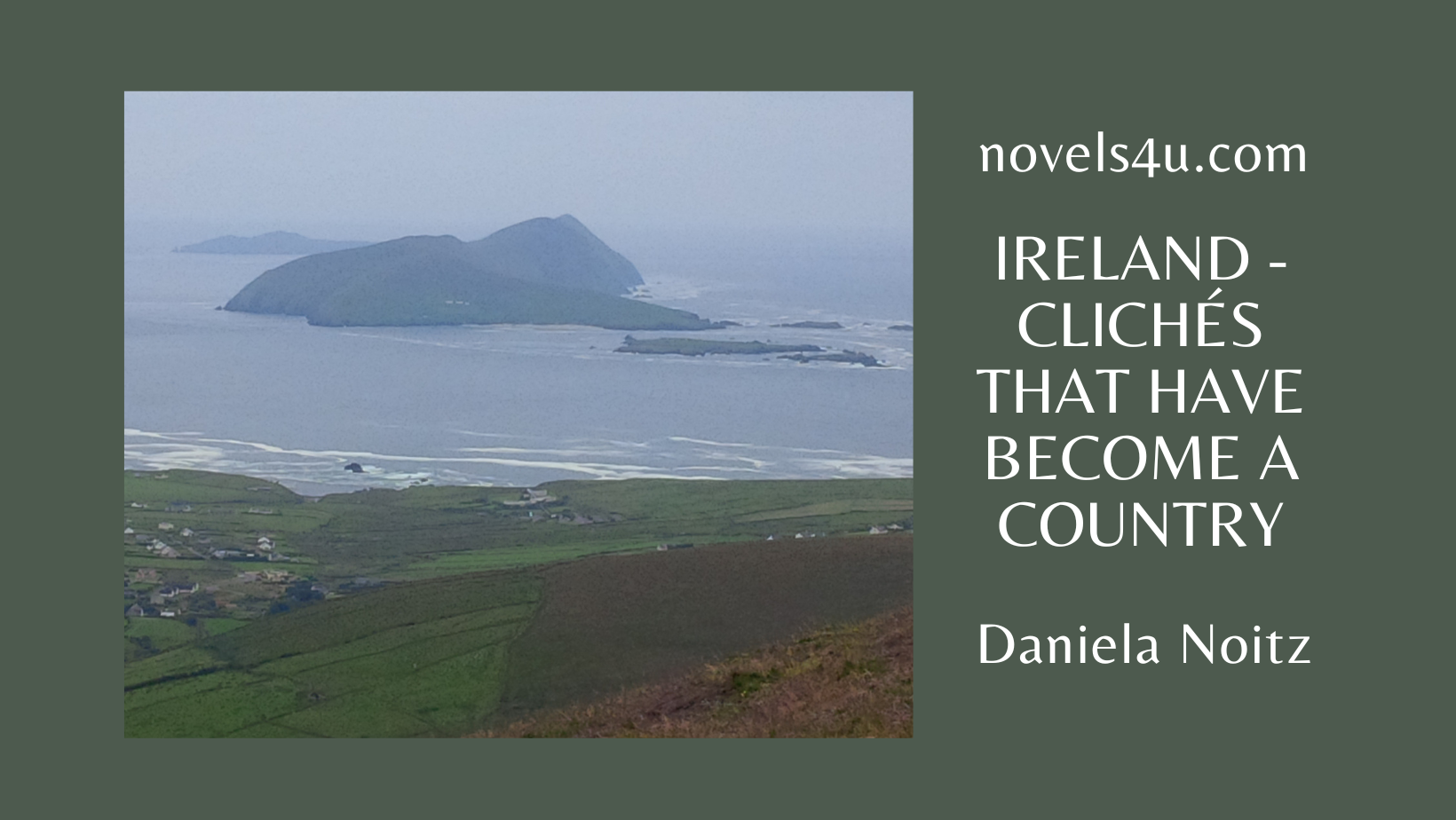 Sheep, space, wind, waves, cliffs, whiskey, stone monuments – that’s probably the first thing that comes to mind when we think of Ireland, and it’s all true.

I sit on the Atlantic coast, at the westernmost point of Ireland, sit and watch. I don’t do more. Especially I, who normally cannot sit still for five seconds without activity, I sit and watch. Nothing else. My gaze is lost in the vastness of the green, gentle, hilly landscape on which the houses stand isolated like sheep, lost over the cliffs in the vastness of the ocean. And sometimes, I just sit and don’t even look. With my eyes closed, I listen to the waves rolling towards the cliffs, breaking and retreating, inhaling the salty air. There’s not much here on the Dingle Peninsula.

The place I’m in is called Ballydavid, which means there are more houses than people. 30 inhabitants and many houses. weekend homes. It is not advisable to live here if you are still of working age as there are no jobs here, just sheep and the occasional cow. That doesn’t offer enough. Fruit or grain does not grow here. They say the air is too salty. Next door a donkey roars, piercing its I-Ahh. Breathe in on the I and breathe out the Ahh. Yet it sounds gentle and puts me in a state outside of time. A small grocery store and two pubs are the centers here, as in most places down here in the south-west. Many tourists come here because more and more people are looking for peace, places where time seems to stand still. The pubs where people meet, because the Irish are sociable people. The grocer where you can find everything you need to live. food, cosmetics. household items. The post office and the bank are also located there. If you need more, you have to go to the next larger city.

Peace and serenity – words that don’t appear in my life otherwise, or at least very rarely. Even the arrival prepared me for it. By train across Austria, Germany and France to the coast. From there by ferry to the green island and again by bus from the east to the west coast. Traveling by bus for hours, that allowed me to see the space and the peace. It passed between fields, which were separated from each other by small stone walls, because here you used what you had to build. When a field, a pasture was made arable, the stones were dug up and built into these stone walls, which now run through the whole country for hundreds and hundreds of kilometers.

Finally, I got off the bus and grabbed my backpack. From that moment on I would cross the country on foot, from one place to another. There was a predetermined daily stage, but it was calculated in such a way that it didn’t go in a hurry, but always found time to get involved with the country. From time to time I met other hikers. They came here from all over the world and I struck up a conversation with some of them. Sometimes we walked a part of the way together because it just happened that way, but mostly I enjoyed the silence. It’s good to be on your own, it’s good to be able to take your time, to take time for yourself.

The weather was also kind to me, which is probably not a matter of course in this area, because the fact that the whole of Ireland is covered with a huge lawn that every golf course envies is not least due to the heavy rainfall. On the second day of my hike, I was allowed to enjoy that too. I had a mountain to climb on my day’s climb, and just as the climb began, the rain set in, a steady, wind-driven rain. Despite rainwear, I was soon completely soaked. In this state I reached my destination, a hostel in a small town. When the owner saw me coming, she turned on the heater for me to dry my clothes. After a hot shower I felt like a new person, but it was even nicer to be treated to tea and scones in the common room. It wasn’t agreed, it was just hospitality.

I ate my dinner in the adjoining pub, where live music was also played that evening. Not only are the Irish an art-loving people, but it also goes without saying that a table is reserved for musicians in every pub. Anyone who feels called to play there. No matter how good or bad the performance is, there is always applause out of respect for the artist. No wonder that artists keep coming here, including German writers such as Heinrich Böll and Martin Walser. And when I’m sitting in the pub with a glass of whiskey in the evening, it’s easy to start a conversation. All the clichés that live in people’s heads about Ireland have proven to be true, and that’s exactly what makes the country my dream country.