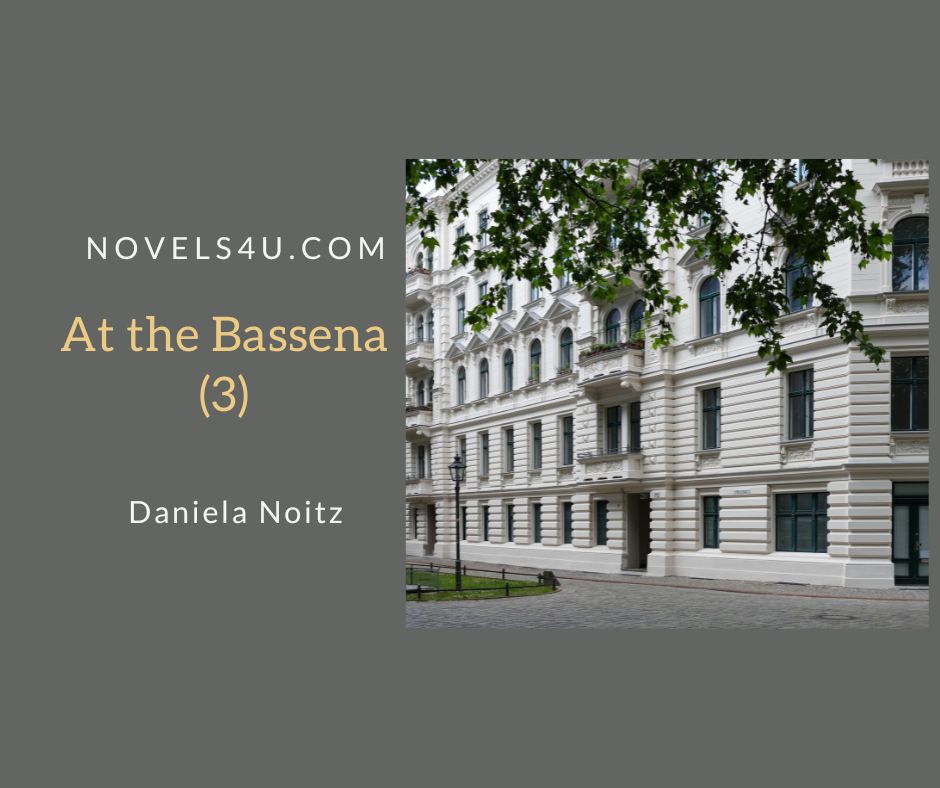 Marianne found her husband absentmindedly sitting on the couch when she got home from work, still holding the letter and staring into space. She gently took the paper from him and read it carefully. Then she sat down next to him, tenderly stroked his back and said: „Wasn’t that what you always wanted? Aren’t you happy?” “Yes, of course I’m happy and it’s what I’ve always wanted, but it seems so unreal after all these years,” he replied. „Then get in touch with him when you’ve got yourself together again,“ suggested Marianne. That’s what Willi Worschak did. And just a few months later, his book could be seen in many bookstore windows. It was advertised heavily, enough to get its name on the bestseller lists. He no longer had to do unskilled work, but was rather busy doing readings and book signings.

„Shall we buy a little house, somewhere on the outskirts, with water for us and our own bathroom and toilet?“ he asked Marianne one evening, „We can afford it now.“ „If you want it,“ replied his wife just, „I’ve always liked living here, but I’d settle in there too.“ They moved soon after. It really was a small cottage, but much larger than their previous home. The children came to visit. They sat in the garden and drank coffee, their garden. Marianne offered cake. Ice cream for the grandkids who were playing outside in their backyard with no other kids. In the evening Willi Worschak could treat himself to a beer. And a second one, which hadn’t been possible before if he had wanted to. Then they went to sleep. It was beautiful, peaceful, idyllic, but also somehow strange.

Of course, when they moved in, they tried to get in touch with the neighbors. They had brought a gift and invited them to coffee, but no one accepted the invitation. Everyone kept to themselves. Nobody knew anything about the other. The people who lived only a few meters away seemed so infinitely far away. You didn’t need each other, you were enough for yourself, it seemed. Of course, he saw that his neighbors had visitors, but they came by car and drove away. He began to wonder how Frau Wotrawa was doing and how Franziska, the daughter, her husband, was doing. And he missed the tock, tock, tock of the stick from old Prikopa. „Grandpa“, his youngest granddaughter Josefine said to him one day, „It’s very nice with you, but back then, where you used to live, there were always so many children at the playground. There’s only us. Where are the other children here?” “They are all playing in their own garden,” answered the grandfather. „But isn’t it nicer to play together?“ Josefine asked further. „Yes, that’s it,“ he agreed. Josefine seemed just as uncomfortable as he was. In spite of all the confinement, in spite of all the annoyance, one had still been connected in a certain way. You took part in the fate of others, just as they took part in your own. friendships formed. Enmities too, of course. But almost never indifference. It was difficult to be indifferent when using the same wc and sharing the water, inevitably meeting and recognizing each other.

“How are you?” Willi Worschak asked his wife when they were sitting on the couch as usual that evening. The TV stayed off. They weren’t used to that yet. They hadn’t had one in the apartment before. The radio had always been enough for them. „Good,“ Marianne answered briefly, but a little surprised. Why did he ask her how she was? So, she continued: „Why do you ask? What’s on your mind?” “It’s hard to explain,” he began, but she gave him the time he needed to put his thoughts into words, “It’s all beautiful here. Clean, neat and immaculate. We have water in the house and the wc and the bathroom. And the children can play in the garden. It’s actually nice.” “But not what you want,” Marianne carefully asked. „I know it sounds a little strange, probably,“ he admitted, „but it seems to me that the fences not only separate the gardens, but also the people. Everyone keeps to themselves, as if people didn’t want to have anything to do with each other. Sure, we have more comfort and more space, but actually, do we really need that, weren’t we happy in our small, modest apartment?“ He looked at his wife expectantly, because he had actually always dreamed of giving her exactly to be able to offer that, to be able to spend their old age in a small house of their own. So, he had – almost automatically – assumed that it was her dream too, without ever asking her. „I was always happy with you, with the children and with our lives. I haven’t missed anything. Maybe it’s a bit of a habit, but I miss the neighborhood, the exchange, the sympathy,“ she admitted frankly. „But why did you agree immediately when I asked you if we would move into the little house?“ he now wanted to know. „Because I thought you wanted it,“ she explained succinctly.

A few weeks later they moved back in, Willi and Marianne Worschak, in their old apartment, room-kitchen-cabinet, with the toilet in the hallway and the Bassena. They were greeted with great joy. „It’s you again,“ old Prikopa explained succinctly, whereupon he trudged on, the tock-tock-tock of his cane echoing through the house. They were home again.