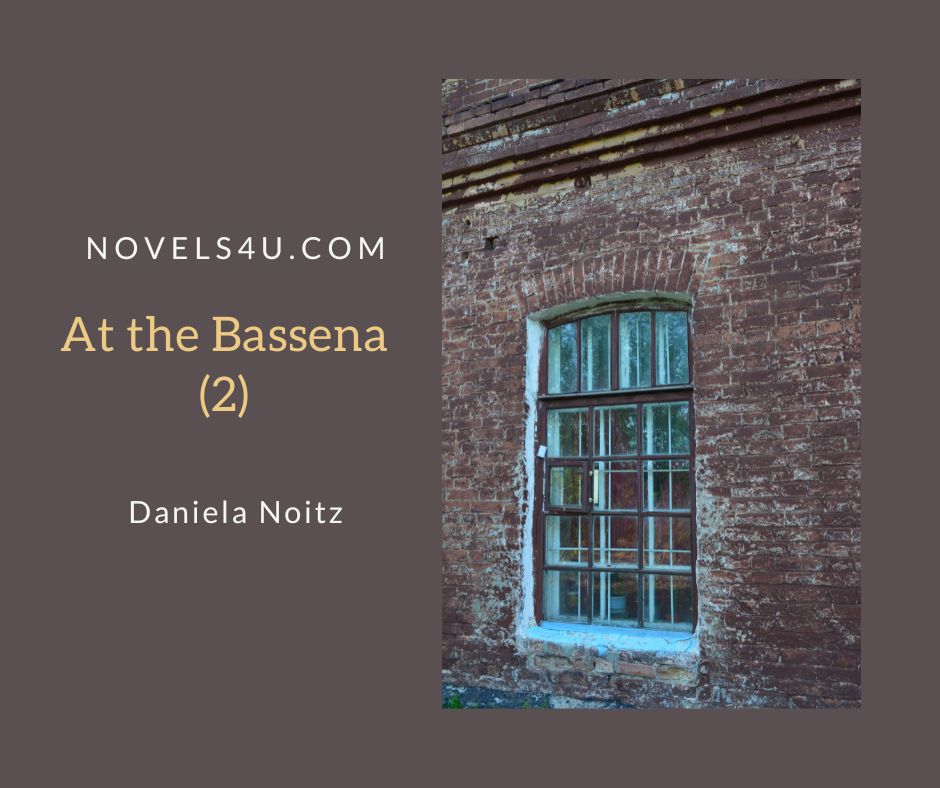 For as long as he could remember, Willi Worschak had lived in an apartment with water and a toilet in the hallway. First with his parents, then when he got married, with his wife Marianne. Together they had three children who were now old enough to lead their own lives. Room-Kitchen-small Room. The standard version. Eight parties in the aisle. You knew. Anna Wotrawa, who lived to their left with her disabled daughter. If you stood in front of the apartment on the left, opened every morning the window to the corridor. A window inside the house. That may seem strange, but that too was common. The windows were blinded so you couldn’t see inside, but you could open the wings and be right in the middle of the action. The mornings were always the busiest. The water was fetched for the coffee. „Good morning Ms. Wotrawa. How are you?” asked the passers-by. They exchanged ideas. Births and deaths, recoveries and illnesses, were all told at lightning speed.

You knew when the man from Wotrawa, Alois by name, would stumble home from the inn. Even if he frequented the toilet for too long after his notorious drinking sprees. The only one in the corridor, for eight parties, for 30 people. „I can’t take it anymore,“ he confided to Willi Worschak over and over again, „The girl, that is Franzi, she can’t do anything on her own and you always have to be there for her. What have we done wrong that the good Lord punishes us like this?” That’s what the father said, who went to work regularly but otherwise hardly cared about his wife and daughter. The care of the severely handicapped was left to the mother alone, who oddly enough never complained. She was always seen cheerful and interested. She took an interest in the fate of her neighbors, even the children and later children-in-law, grandchildren, etc. Perhaps because it distracted her a little from the consuming task. „I don’t think that God interfered in any way,“ Willi Worschak replied regularly. Then there was Anton Prikopa, who always walked with a stick. Tock, tock, tock went the stick on the stone floor in the corridor. Then the children hid as soon as they heard this sound. It was quite possible that old Prikopa would hit them with his stick if they bothered him. And everything bothered him. The laughing, the fooling around, the running, whatever it was, anything loud got on his nerves. Then he tried to remove the source of the noise with the stick. But the kids were faster. The neighbors agreed that he was actually a poor person, because he had lost his wife at an early age. She was said to have been his great love, so he had lived alone for a good 30 years. It was bearable as long as he was still working, but since he retired he was only seen stamping about sullenly. When he opened the door to his apartment, a smell of mold and decay emanated from it. As if he hadn’t aired for 30 years. „Come on, let’s invite old Prikopa over,“ Marianne said to her husband Willi from time to time. Then they invited him for coffee and cake. Old Prikopa gladly accepted the invitation. However, he spoke of nothing else than his late wife. She had had cancer. To this day he hasn’t gotten over it. And probably wouldn’t get over it. As they sat and listened to Anton Prikopa’s stories and anecdotes, feeling his despair and loneliness, Willi Worschak looked at his wife Marianne and thought that he couldn’t have been better off. With the same patience and sympathy as she listened to old Prikopa, she raised three children and always went to work. Otherwise, it would not have been possible to survive, even in such modest circumstances as a room-kitchen-cabinet apartment with a Bassena and the toilet in the hallway. But most of all she had put up with him, for so long now, his desperate, helpless attempts to realize his big dream of becoming an author, had never been impatient or intolerant when he struggled from one refusal to another. More than that, she had always comforted him and encouraged him to stick to his dream. Of course, he also contributed to the family income, mainly with unskilled work, but it was just enough for them to live on. That evening, when they sat down on the couch, he’d asked her over and over again why she was doing this to herself. „Because that’s how I married you and I want you to stay who you are,“ she replied succinctly. Eventually he stopped asking. She was pragmatic and open-minded in her love. Then he sipped his beer, the only thing he allowed himself, only in the evening, and was simply happy, despite noisy children and nosy neighbors. Outside in the corridor you could hear the tock, tock, tock, of old Prikopa shuffling to the toilet.

Then the letter came, so unexpected that Willi Worschak had to read it at least three times to really understand it. It was a letter from a small Viennese publishing house to which he had sent his last manuscript without feeling the remotest hope or expecting acceptance. But that’s exactly what happened. Harald Hadersberg, the publisher, thought that his „Bassena stories“, as the manuscript was titled, met the wishes of the readers exactly, so full of nostalgia and warmth of heart, and that is why he wanted to bring the book onto the market.