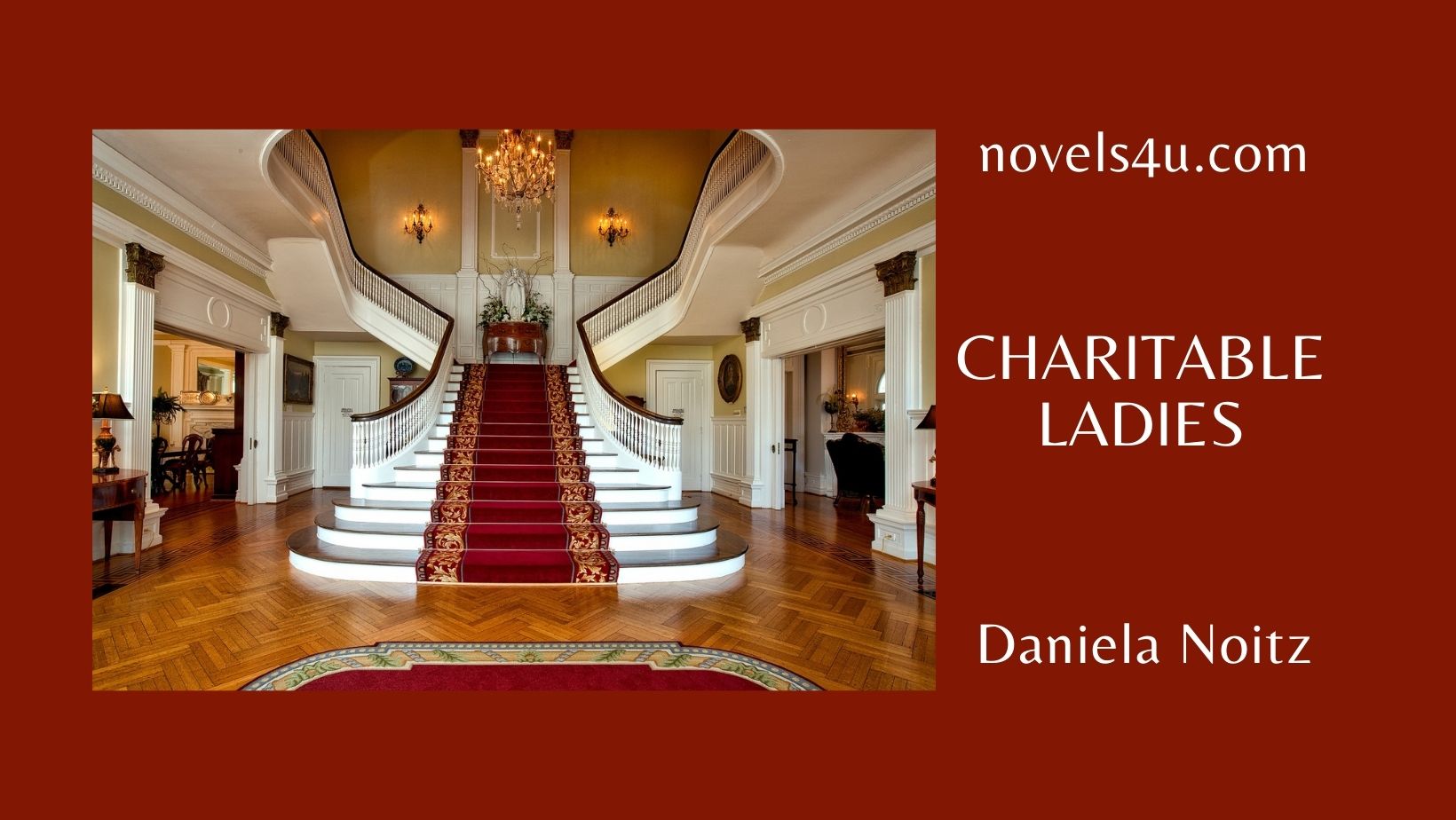 „What am I supposed to do?“ Viola Vandenbrück pondered while sipping on the tea that her butler had wisely served her. He knew these moods of the lady of the house and knew how to counteract them. But in this case, not even the tried and tested hot drink worked. „This new girl is to blame for this misery, this would-be lady,“ Viola thought, „everything has gone wrong since she joined our group.“

This group of women consisted of six women from high society who met once a month for coffee and cake to discuss their charitable work for the next few weeks. All wives of economically and socially well-to-do men fell to them the representation tasks. It was self-evident, indeed almost unavoidable, to adorn oneself with kindness, especially towards children and small, sweet animals. Nothing ugly or even disturbing, just the pretty side of misery. To this end, they organized benefit evenings, donation dinners and much more. These were laurels, with which one could decorate oneself wonderfully and the bride and groom could trade names, because charitable commitment contributed to the reputation. „What good people we are!“ was made unmistakably clear, „We invest so much time and money for these poor beings.“ They certainly did and there was nothing to complain about.

So far, the group has consisted of six women who have been doing this business of good deeds for years. „Six, that was ideal,“ Viola thought further, „We each had a turn twice a year, every six months. Hers were January and July, the same date every year, on the third Wednesday of the month, but now we’re seven and that puts everything back a month. You really have to start doing arithmetic.” Viola was also against including Marlene Marimare in her illustrious circle. But she had no choice, after all, Marlene’s husband had become one of the most important clients of Viola’s husband, who was an accountant. Asking and begging didn’t help, clients, no matter how well-funded, don’t offend after Marlene had urgently asked to be allowed to do charitable work. „I mean, for an upstart who shows her proletarian origins, she wasn’t so bad,“ Viola finally had to admit. But none of that would have been so bad, because Marlene proved to be extremely committed and creative. If it hadn’t been for the coffee rounds.

As always, Viola invited to this in January and served coffee and cake. Marlene had insisted on taking over the February date, but instead of sticking to the protocol as it should have been, she also handed champagne. That was simply not intended. Viola had thought it was a one-off slip and that everything would be back to normal next month, but she was wrong. Friederike, Freifrau von Frühersfeld, felt obliged to serve rolls in addition to the obligatory coffee and cake, the said champagne. „But now it’s enough,“ Viola was convinced, but worse was to come. In April the buffet was topped by caviar. It was as if it had become an unspoken competition over who could serve more. Now it was July and Viola was desperate. How was she supposed to top all the goodies? From day to day she became more and more nervous and agitated until finally she just gave up.

When the ladies showed up that third Wednesday in July, they were in for a surprise. Furtively, Viola eyed each one of them. Actually, she had expected that disappointment would be read in the expressions, but the opposite was the case. It was pure relief that she could see until Friederike finally said it: „I’m so glad that this time there’s coffee and cake again. I really wouldn’t have known what else to do.” With that, she received a great deal of applause. Back to the roots, the others would also dare to serve coffee and cake in a succinct way. „How did it actually come to this?“ Viola asked the group. Almost immediately, all eyes turned to the unfortunate Marlene, who had started the contest with her champagne. „I now understand that it’s my fault,“ she admitted frankly, „but it was my birthday that day. So, I thought it would be appropriate. I would never have dreamed that I would trigger something like this. Incidentally, that was also the reason why I put myself forward at the time, even though I’ve only been around for a short time.” “Why didn’t you say anything?” Viola replied brusquely. „And why didn’t we ask,“ added Friederike, „It would have been so easy.”