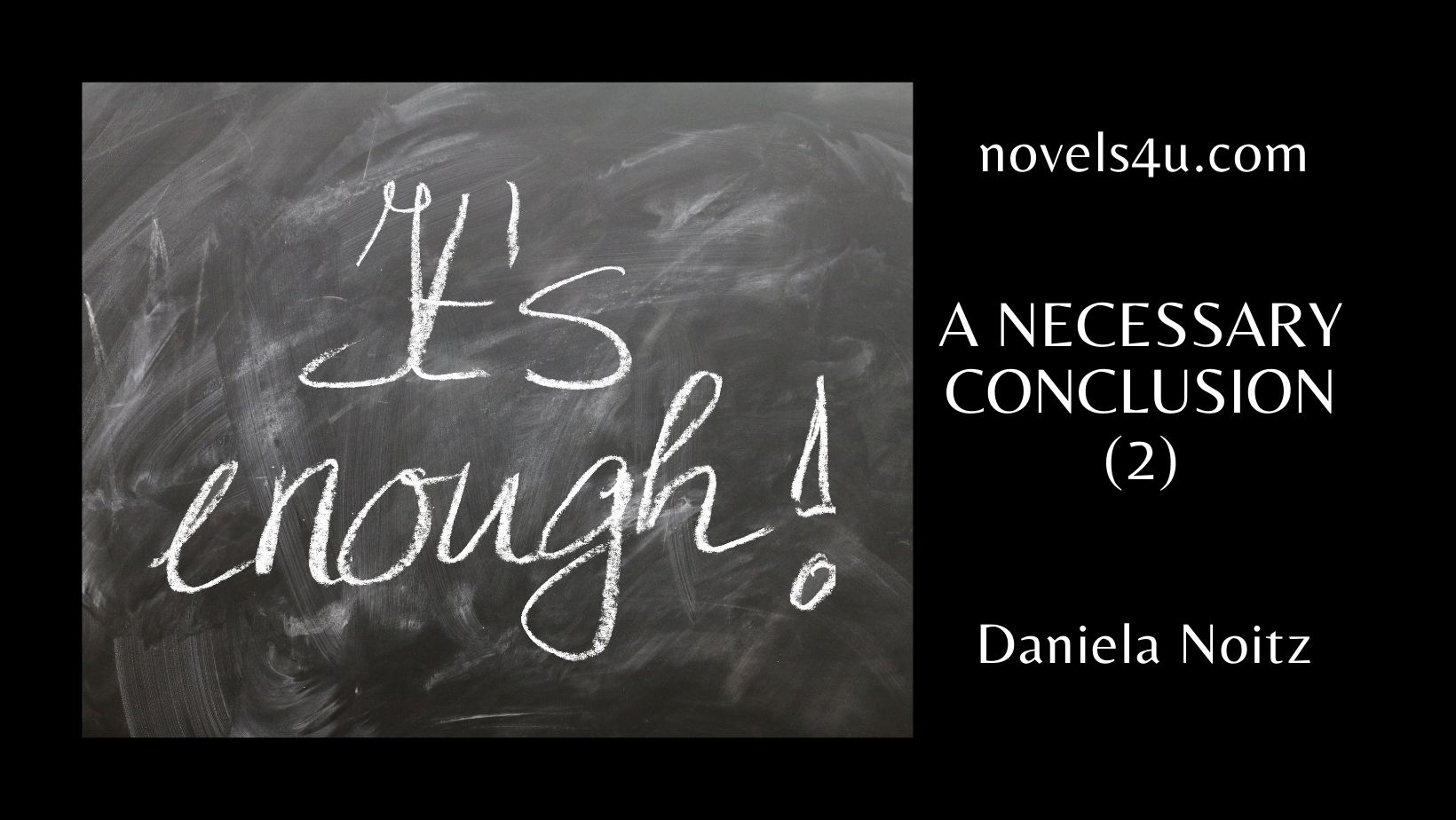 In his eyes, single mothers were irresponsible and only a burden for the state, was the conclusion that Sabrina had drawn from his statements. In his dictum, lying on the state’s pocket meant above all that the taxpayers‘ money, which was paid for with his hard-earned money, was also used for these useless sluts. But not only for that. „Also, for the Negroes,“ yes, he had used the N-word, „of whom we all know that they are lazy and useless.“ Besides that, Jews are almost sympathetic. “Jews may be false and mendacious, loud and pushy, but they are not lazy,” was his summary. And all these statements were provisionally put in a drawer, which she carefully closed. She still thought it was a slip and maybe it was his age that could be excused. However, she noticed that she no longer felt as comfortable as before. But that shouldn’t have been the worst of it.

One day, she was actually in high spirits again, which had often caused her to be too frank, so that she confided in him, even with her doubts. „It’s hard to assert yourself as a woman, let alone make a name for yourself as an artist,“ she said. „This is nonsense. You women always talk your way out of it. It’s neither harder nor easier for you. You just have to make an effort, like the men do. But than first being lazy and then looking for some excuse so that you get the sympathy”, he had replied, “This sympathy bonus also attracts more and more. If I had had half as much support as the women, I would have achieved a lot more, but they just can’t get their ass off. But fortunately, I didn’t have to do that because I always managed everything on my own. I didn’t have time to retreat into the whining-sulking corner to think about who to blame for my self-made misery.“ „So, you’re saying that everyone has an equal opportunity, no matter what gender, what skin color you have or where you come from?” she asked. „Of course, I e.g. I would definitely have made it, even as a Zulu Negro,“ he explained. „So, if a child is born into a family that you describe as economically weak, do you think you have the same starting conditions as someone who grows up in an environment where the children are able to go to college, even study?” she asked further. “Anyone can do anything with their life, no matter where they come from or what their environment is like. At eighteen he takes his life into his own hands and is to be held accountable for everything he does or doesn’t do. If someone is poor or has to work on an assembly line, then it is their own fault. If only he had learned something decent,” he had said. But not only economically disadvantaged people, also all other minorities are involved in their exclusion. You could simply refrain from talking about it and do everything you can to ensure that no one notices.

And finally, Sabrina had found the answer. The drawer in which she had stuffed all his views, which she had to call at least questionable, had exploded because it was already overflowing. Suddenly everything had hit her and she couldn’t fool herself any longer. She was forced to admit that there was little lack of prejudice in his attitudes. Unflinching and full of conviction, he was homophobic, sexist, anti-Semitic, racist, xenophobic and sociophobe. That was what she couldn’t take anymore, why she didn’t want to see him anymore. But again, she was faced with the problem of how to convey this to him, because he was convinced that everything he meant simply corresponded to reality. After all, he was a good person. So, there would have been no point in telling him that. But then what should she say?

Sabrina decided to take the easiest route and end this affair as she was free to do. After all, it was he who had drilled into her at every opportunity that he would have to leave her one day. That would have been fine then. Now she had taken the liberty. That was less fine. A year and a half later, he was still hounding her with accusations that she was heartless and self-centered. At some point she stopped being angry about it, because she could hide everything. The main thing is that she would never have to see him again. It was good and necessary to have drawn a line.