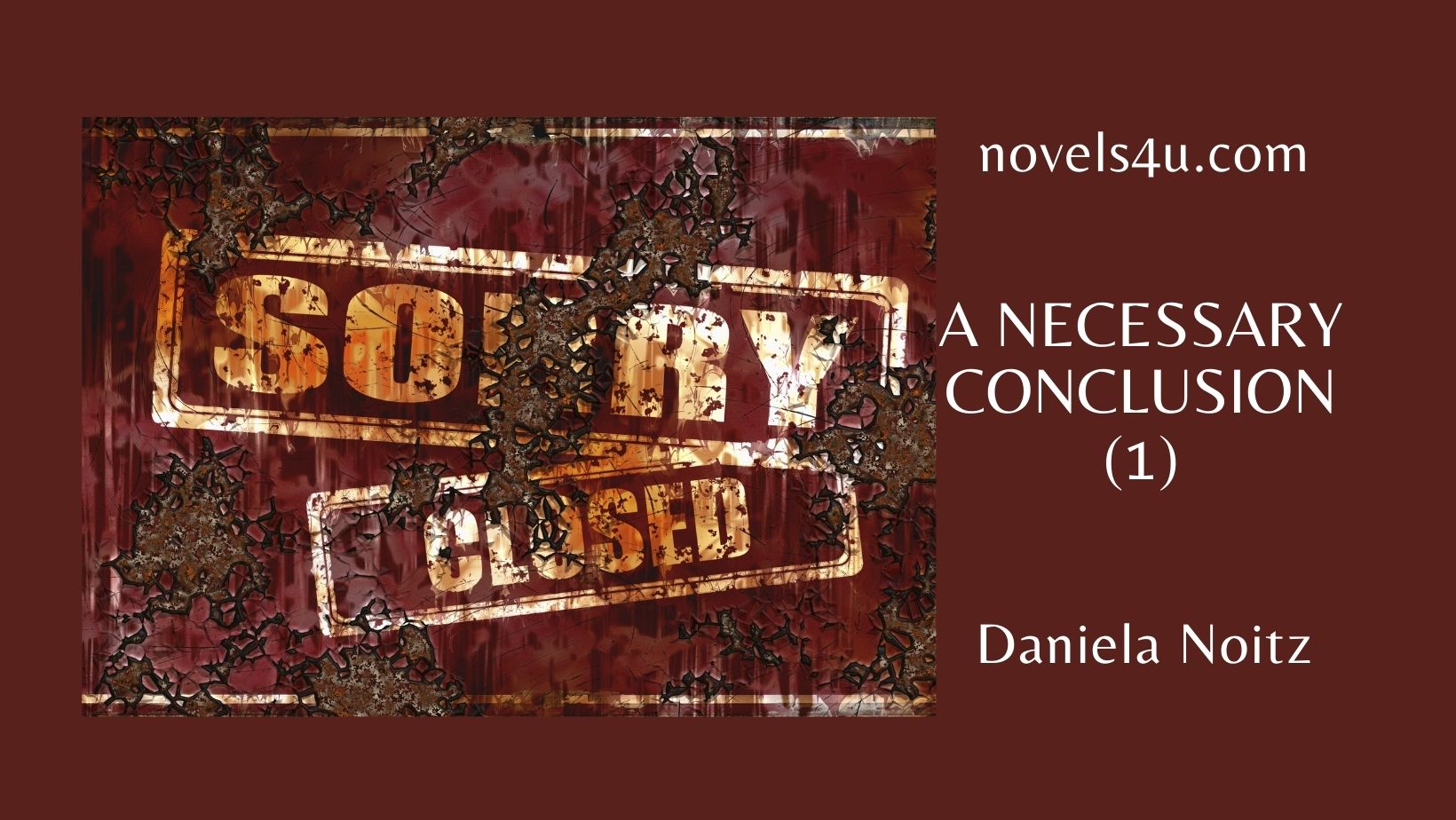 Sabrina was disappointed with life, the circumstances and above all, with herself. She couldn’t explain why, but every time she thought of him she felt bad. The thought that it would now be possible to ask when they would see each other again made her nauseous and prompted her to immediately look for a suitable excuse as to why it wouldn’t be possible at all. But she called herself to order. After all, she didn’t want to lie. Even if it had been easier. But in the end it didn’t help, it would only postpone the problem. „I don’t want to see you anymore,“ she should have said. She owed it to him, the truth, after all these years, but then of course he would have asked why she didn’t want to see him anymore. And she had no answer to that, no rational one, except that everything inside her cramped at the mere thought of it. It hadn’t happened overnight, but during the months of isolation she had been spared from dealing with it. That was over now and she would not escape. It all started so promisingly.

When she first met him, he had struck her as eloquent, urbane and humorous. Perhaps she had imagined it, for he was an artist after all. They had to be. She had assumed many positive qualities in him, she now realized, without knowing him. Even positive prejudices are ultimately prejudices. She could blame herself for that now that she saw through it, saw through herself, but she had taken it for granted then. In addition, their intimate yet loose relationship fitted beautifully into their life situation. Just out of a restrictive relationship, she wanted to enjoy the joys of love life while remaining free and unattached. An affair with a married man was ideal. „But my wife must never know anything, because if she gets divorced, I’ll lose the house,“ he reminded her. Of course not. After all, it was in her interest to just have fun, without any further commitments. And if he got a divorce, which – as I said – he wouldn’t do because of the house, she’d have him on the cheek. She frankly admitted it was selfish, egocentric and narcissistic. They would meet every now and then, have fun and otherwise just get on with their lives, he his and she hers. It was an arrangement both agreed to. Anything else wasn’t her problem. With the rose-colored glasses on her nose, she enjoyed the few hours they had together, the tenderness and the fun they had, and then returned to everyday life strengthened. But at some point, this idyll began to crack. When was it again, the first time? Or rather, what was it?

When exactly it was, Sabrina couldn’t say with the best will in the world, but she remembered that it had been one of those magical moments in which she had felt particularly comfortable with him and in his arms. That was also the reason why she had been in a chatty mood. „And that’s why I’m a single mom now,“ she concluded, „although it’s not tragic for me anymore because the kids are big, they can visit their dad whenever they want and I’m doing well financially too. But there are many who have small children and are completely on their own with the custody. They have to go to work because otherwise they cannot make ends meet financially and at the same time make sure that the children are well housed. A great achievement that these women perform every day. I think they deserve more support.” He promptly replied that this was complete nonsense because it was the women’s fault. They always had children attached to each other, and they would break up at the slightest trouble in the relationship. Then the others should step in. She had looked at him in astonishment because she couldn’t quite believe whether she had understood him correctly. „So, you mean that everyone is the same and everyone hops from one relationship to the next for fun and frolics, just because they’re funny?“ she asked. “Yeah, no staying power and totally irresponsible, everyone. Our tax money must not be used for this,” he had confirmed. „How many such single mothers do you know that you can allow yourself such a judgement?“ she asked. „None, but you know that,“ he had explained with a shrug. Then she thought to herself, well, the best people can be blind in one eye. That’s why she hadn’t thought about it further. She could still enjoy the time with him.