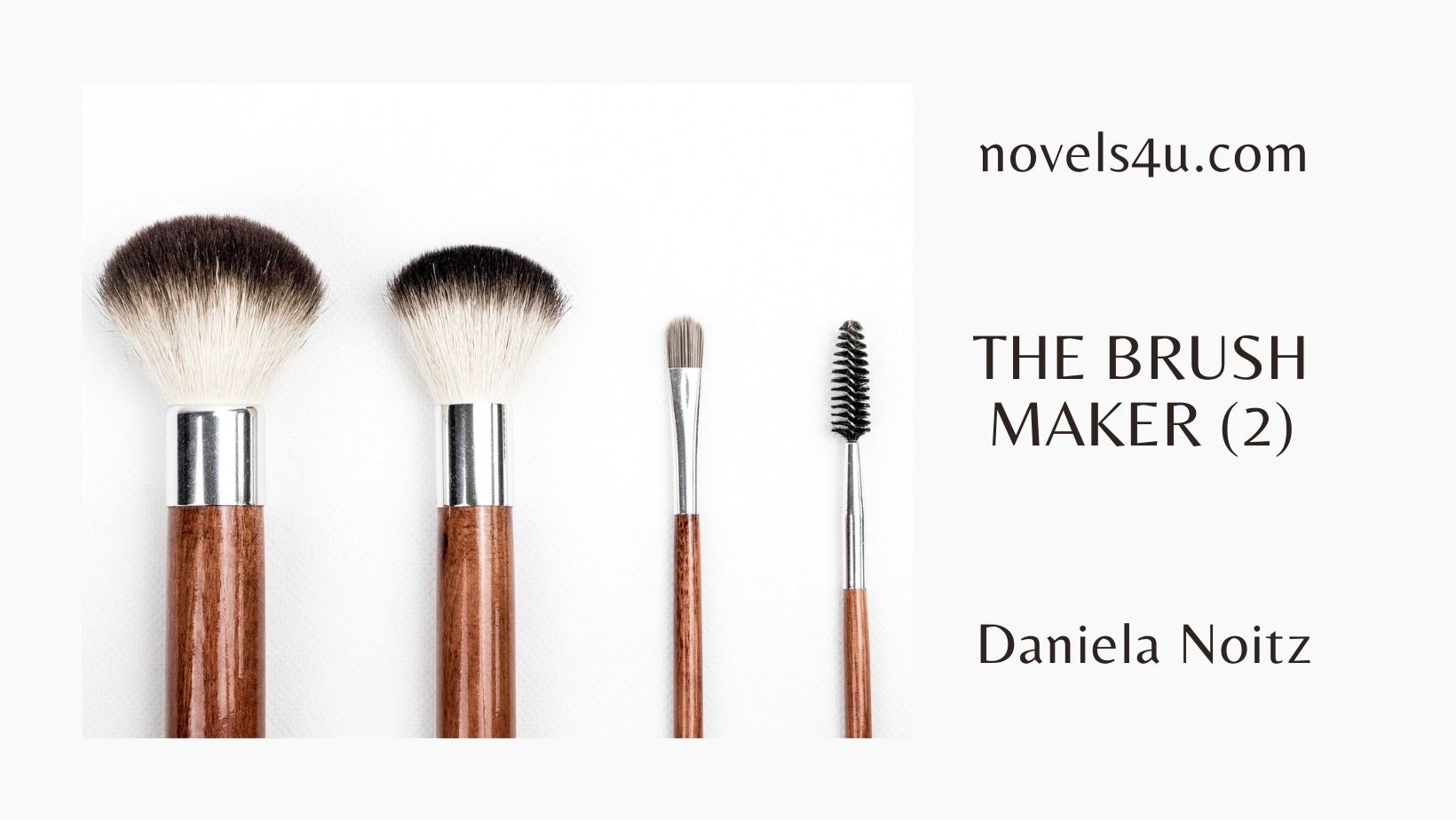 „It wasn’t always like that,“ Franz Xaver Fent began to tell, „It must have been many, many years ago. I was a young master brush maker at the time, but already successful enough to open my own shop. My sister agreed to take over the sales activities so that I could concentrate on production. I have always used only the best quality materials and have not let that dissuade me. At first, I was struggling, and business was going badly. This only changed when a local, very famous painter became aware of me. He believed that if he could find better tools, he could only make his work more perfect. He found this in me. After everyone who was self-respecting in the art scene tried to emulate the master and he did not hide his discovery, my work and with it I became famous almost overnight. Every painter, whether professional or amateur, wanted to buy his brushes from me, so that I could hardly keep up with the production. I hardly ever left my workshop, but then something happened that initially threw me completely off track.

It is as if it had only just happened, the events are still so close to me, burned into my memory, inevitable, irrevocable. I’d just finished my lunch break and gotten back to my work when the banging of the shop door snapped me out of focus. Two girls entered. I went back to my work, but not for long, as a heated argument ensued between my sister and one of the two girls. ‚You don’t mean seriously that I draw furrows in my delicate skin with such a hard brush. What my father abuses his canvases with is his business, but when it comes to my face, well I expect better than that,‘ rumbled one of the two girls. Apparently, it was the daughter of the famous painter to whom I owed my success. The wildest rumors surrounded her. On one point they agreed that she was extremely moody and self-centered. I decided to stand by my sister: ‚Hello ladies‘, I said politely, ‚May I help you?‘ Two girls, about my age, tall and slim, one of whom flashed her blue eyes defiantly at me while she vigorously tossed her long blond hair back. Her appearance and demeanor filled the room, so that everything around her seemed to sink away, while her companion remained calm and composed, yet immediately cast a spell over me. I sank into her soft green eyes. ‚Only be allowed to caress those cheeks, to brush that long, luscious, brown hair,‘ I thought, lost in a dream that seemed as unfulfillable to me as retrieving yesterday. ‚Calm down, Felicitas‘, the girlfriend joined the conversation for the first time, and her voice was just as soft as her whole appearance, ‚Just say what you want.‘ Strangely enough, her friend really managed to get through these few simple words to soothe a little. ‚I want a makeup brush that doesn’t offend my skin,‘ Felicitas said obediently. ‚Give me five days and I’ll put before you a brush that not only won’t offend your skin, but rather caresses and pampers it, like a gentle touch,‘ I offered, ‚So if you come back in five days, can you take a look at this brush,‘ I added quickly. ‚No, we’re definitely not going to do that!‘, Felicitas flared up, ‚if so, then come to me, because I won’t take this route again just to examine some brush.‘ ‚ I replied quickly, for I would have traveled to the ends of the world for even the slightest chance of seeing her again, and I didn’t even know her name. ‚Then with me in five days‘, confirmed Felicitas, and with that they left the shop.

The next five days were the longest and the shortest of my life at the same time. The longest because I couldn’t wait to see her again, the one whose sight and voice had me so captivated that I couldn’t think of anything else. The shortest because I put all my art into creating the perfect brush. I worked late into the night and was back in the workshop by dawn, and when I held the brush in my hands on the morning of the fifth day, I knew it was perfect.