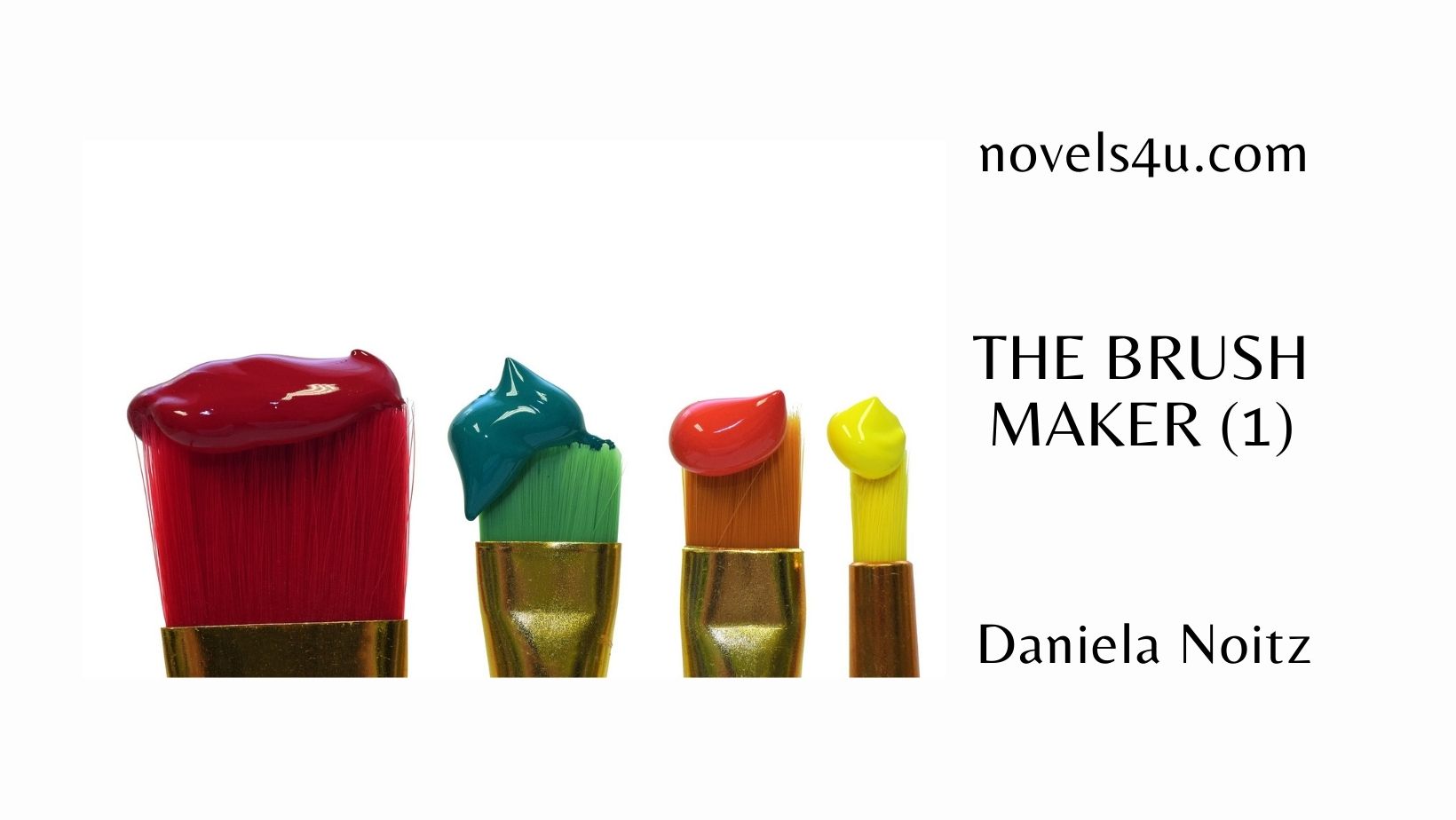 Franziska carefully locked the shop door. „Brushes of all kinds“ was written outside above the door that led to the small shop. The writing had faded, and it had been a long time since the last customer had entered the shop. Franz Xaver Fent was probably also very happy when he was able to close this gate forever, because that way he had the opportunity to devote himself fully to his profession, making brushes. Of course, he had realized that it was necessary to sell the products of his hands, even if it was only for the mundane reason of earning a living, which was extremely modest but nevertheless undeniably available.

Not that he himself ever dealt with customers, but just the constant opening and closing of the door, the lengthy and tiring sales talks, constantly tore him out of his concentration. Although his workshop wasn’t directly next to the sales room, it was still close enough to be able to hear all this. And there was a lot of activity in this shop, once. After all, he was a recognized expert in his field, and it was said that brushes that were more perfect could not have been found anywhere else. Not only artists, who had every interest in perfecting their work by choosing the right tool, but also society ladies, and probably also those who considered themselves to be, whose common interest consisted in treating their skin as well as their hair with the same quality to work with high-quality paintbrushes and brushes, like the artists with their canvases, put the handle in hand. But now the shop had been closed for a long time, the good brush maker retired, so that he was finally able to stick to his meticulously structured daily routine. Every activity had its time, and he didn’t know the slightest deviation. And no matter how meticulous the order in his life was, he also kept it in his workshop. Each finished work was carefully preserved and recorded.

Franziska, his niece, who had taken care of him for years, tended to the small household and prepared the food, fitted seamlessly into this strict order. In the past, her mother, the brush maker’s sister, was in charge of these aegis for lack of a wife or children of her own, but the years had left their mark on her too, and when the burden of responsibility threatened to become too heavy for her, Franziska volunteered to take over those very ones, not without being confronted with a certain concern on the part of her uncle, which consisted in the fact that this young girl would bring noise and disorder into his, Franz Xaver Fent’s life. From day one, this concern proved unnecessary, because Franziska showed up at the same time every day and carried out every activity at exactly the same time. So, the years passed in complete harmony and in perfect unison. As usual, Franziska entered her uncle’s premises through the shop door, on which the turning sign was still hanging, with the word „Closed“ on one side and the word „Open“ on the other side. Coincidentally, Franziska’s eyes fell on this sign when closing the door. She read „Closed“ on her side of the door, after which the side marked „Open“ had to face out. „This sign should have been fixed a long time ago, because after all the shop will never be open again,“ she thought as she turned it to the right side, but she didn’t have time for that, she had the attention and turning the sign over already taken enough time. Now she had to catch up. She entered the uncle’s workshop at exactly five minutes past eleven. After work, Franz Xaver Fent had already sat down in his armchair to rest a little and await his lunch.

„Hello, dear uncle. How are you today?” Franziska greeted her uncle.
„Hello, dear niece. Everything fine, as always,” her uncle replied evenly, and even that one small exchange seemed ritualized. Franziska then dutifully retired to the kitchen, as did Martha, who was completely absorbed in taking care of Jesus, of his physical well-being. If Franziska had had even a little interest in Maria, Martha’s sister, who sat at Jesus‘ feet and listened to his stories, she would have noticed the change in her uncle’s eyes, would have dropped everything and heard the following story. But Franziska was not Maria.