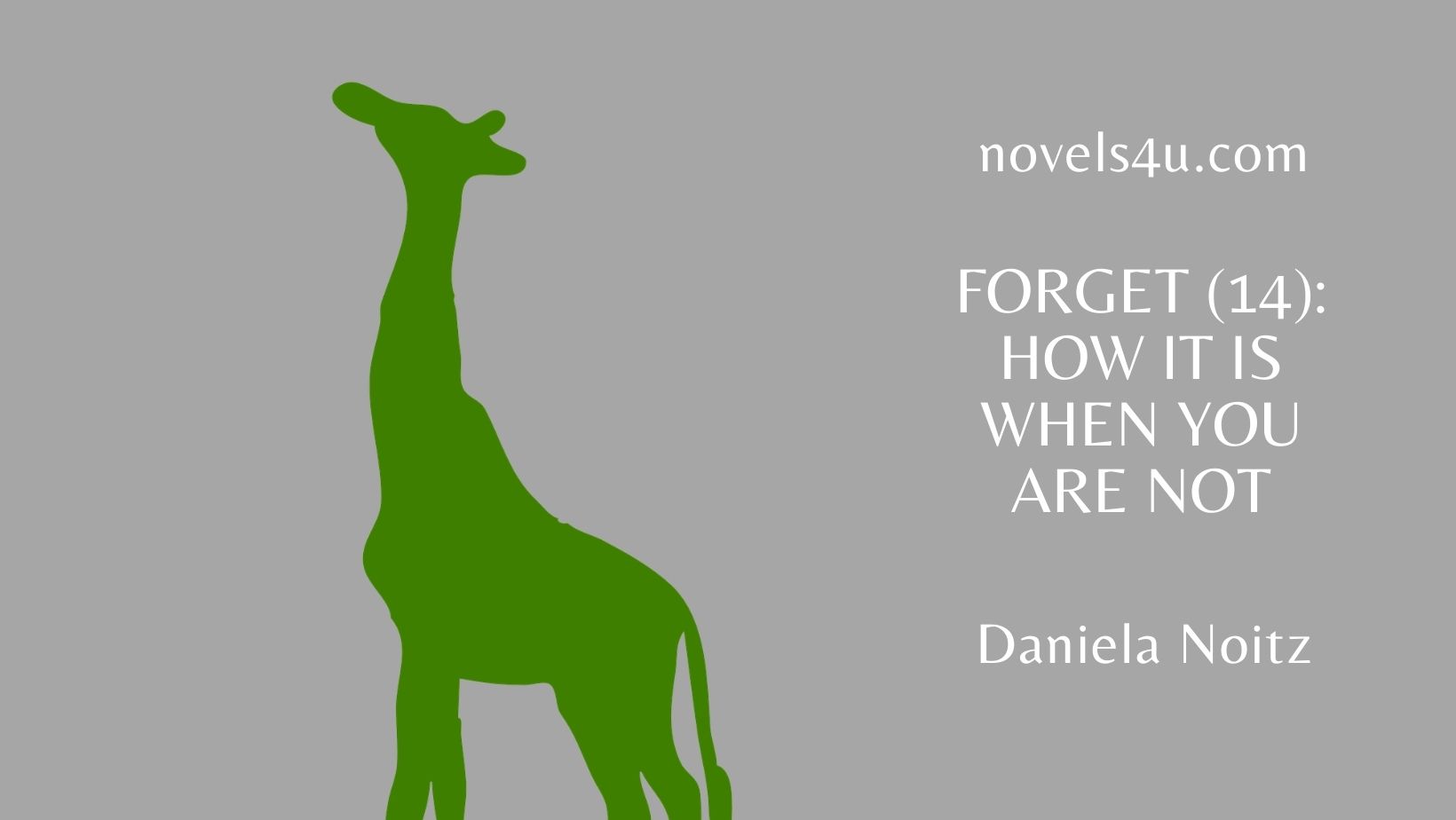 “Where do I start?” ponders the man claiming to be my father. He must sense my resistance. It must be written all over my face that I’d like to smack him in the face, that I hadn’t needed him in all these years, and certainly not now. I had never missed it, not for a minute. I don’t, mostly because there’s something inside me that knows it’s not true, that I’m just trying to pretend, but the knowing is quiet and buried, for now. Didn’t it give me a pang every time I saw the other boys with their fathers? When they paraded their offspring with breasts swollen with pride? Didn’t I miss all those boys do with their fathers? Maybe it was just that I wasn’t allowed to. My mother tried to make up for it as best she could, but she couldn’t. I never blamed her, never complained because I didn’t want to offend her.

For a long time I tried to convince myself that I imagined it to be so great because I didn’t have it, but nothing could compensate for the desire. Not only was he absent, that he had willingly deserted us for reasons that seem pretty flimsy to me, he also had my mother on my conscience. What else does he want from me? The absolution? For myself, I choose not to forgive him, ever.

„Well, why don’t you start by saying that you broke away because you didn’t want any more responsibility, a life without commitment and consideration?“ I reply sharply, although, in my opinion, still not sharply enough, because what’s the point I take care. To a man who is completely unknown to me? Who knows if the whole story is even true, „Most importantly, who’s going to tell me your story is true? Who says you’re not just a phony?“
„Up to you. Your favorite stuffed animal at five was a green giraffe. You called it Knuffel. I gave them to you for your birthday and your mother always had to wash them in secret,” he begins, somewhat uncertainly.
„That’s true, but you could have heard that somewhere,“ I reply, still full of doubts, „Where’s Knuffel now?“
„With me. You secretly put it in my suitcase when I left,“ he says unperturbed. I feel my doubts waver, „Well, what’s wrong with this life of freedom and irresponsibility?“
„Maybe it sounds like freedom at first, but ultimately it’s the freedom of an outlaw. You will never be with the people you love again. You will not share in the joys that your sons experience and you must always be afraid of being discovered. At some point you will ask yourself who you actually are. And above all, there is no turning back,” he tries to explain his situation.
„But you came back?“ I ask evasively, „Why did you do that after all these years? To mess things up again and then run away again?”
„No, because I thought the time had come to put some things in order,“ he explains, and his voice sounds deeply tired, „At that time I thought that peace would finally come when I left, that you, your mother and now your family can live a quiet life, but they just don’t accept it. My sacrifice was pointless.”
“And now you want a sacrifice that makes sense?” I reply automatically, “Sacrifice, what a big word. Martyrdom does not suit many.”
„You’re probably right about that, but we have to at least try!“ he replies, and his decision seems irreversible, with or without my help. Maybe there really is something left to save.”