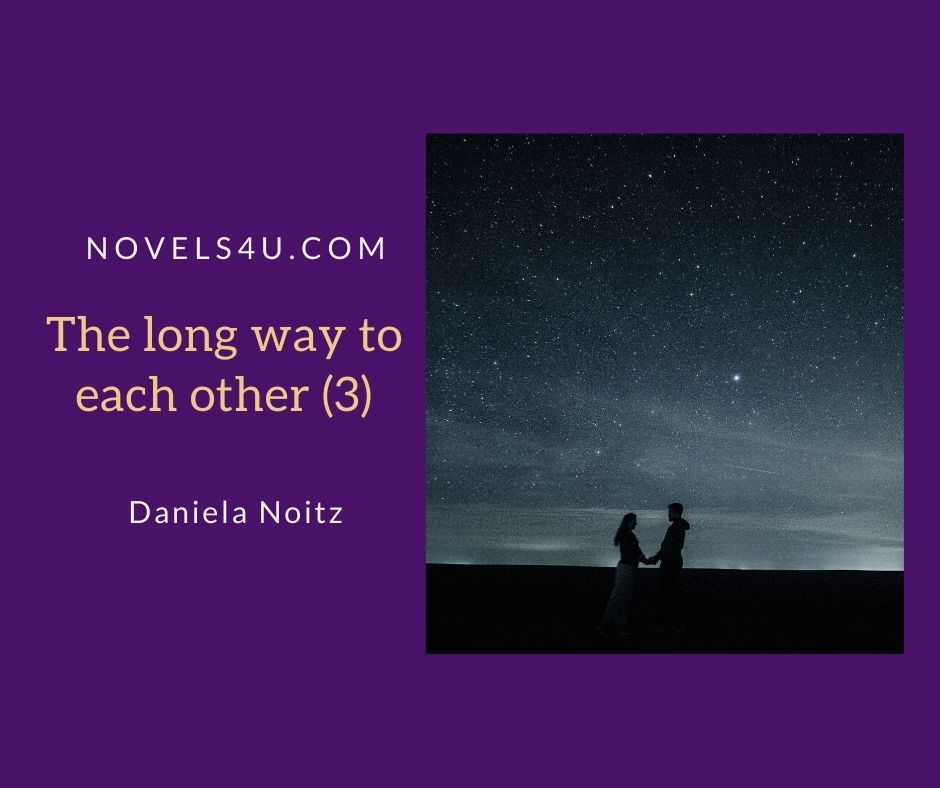 Katie suddenly felt the ground give way under her. She had reached the moor. She was worried. Still, she had to be careful, because if she took just one wrong step, she would be stuck in this bog with no way of freeing it. They had played here all the time as children, so she knew exactly how to leave. Still, something was different than it was then. Something was dragging it down, making it heavier and heavier. It was her new velvet dress. Without thinking too much, she took it off, and so, only in underwear, she walked on, cautiously but no less determined.

At last, she reached the end of the moor, at last she felt solid ground under her feet again. The screeching owl made her flinch. Hadn’t she just made out a couple of glowing eyes watching her? What was hiding there in the undergrowth? Something grabbed her ankle. She stumbled and fell. And now it was her own scream that pierced the night. She tore wildly to free herself from the grip, from the grip of a creeper. She got up quickly and went on. Now she had to cross the stream. She slipped into the water, leaving the safe bank, her perfect hairstyle and makeup behind, and swam to the other side. Only a few more meters and she would have reached him. She never thought for a moment that she could be wrong, because that could, should, simply shouldn’t be! They were only a few meters apart. How close the trees were here. So many years had passed since she was last here, and at night everything looked different anyway. No, she couldn’t get lost, couldn’t get lost, so close to her goal. Suddenly she saw something light shimmering between the trees, very faint and delicate, but it tied her attention and gave her hope a direction. She had become aware, made aware of how much she had to lose. It had never been so clear to her before.

At last, she had reached it, the crooked old tree they had called their torture stake as children, and indeed her husband was tied to it. As far as she could tell, he was unharmed, restricted in his freedom of movement, but unharmed. „George!“, she called, ran to him and untied him. „George.“, she said again, „I am so happy and grateful to see you. Are you alright? Did they hurt you?” But instead of answering, he just took her face in his hands and looked at her, as if he was seeing each other for the first time. The way he looked at her made her fall silent. „You are so beautiful,“ he said finally. „What nonsense!“, she countered, „I’m filthy from top to bottom, my make-up is washed off and my hairstyle is in the bucket.“ seen so unadulterated, as if I hadn’t known you until now, just the picture of you behind which you were hiding. But most of all, I now know that I still mean something to you.” “I didn’t know it myself anymore,” she admitted reluctantly, “Obviously it was also good that you were kidnapped, otherwise we would have it and at some point, forget us completely. Nevertheless, those who did this to you have to be held accountable …“ She got no further, because he pressed her energetically a kiss on the lips in order to silence her so lovingly that he could explain in turn: „That It won’t be necessary, because this was me, I was all alone. Please, please don’t be angry!”, he felt how much she had to control herself not to get angry, but in the end, she said: “All the fear I endured for you, all the obstacles I had to overcome. Actually, I should be angry, actually and at first sight.” “And at second glance?”, he asked curiously. She smiled at him: „At second glance I have to be grateful to you, because I was looking for you and found us.“