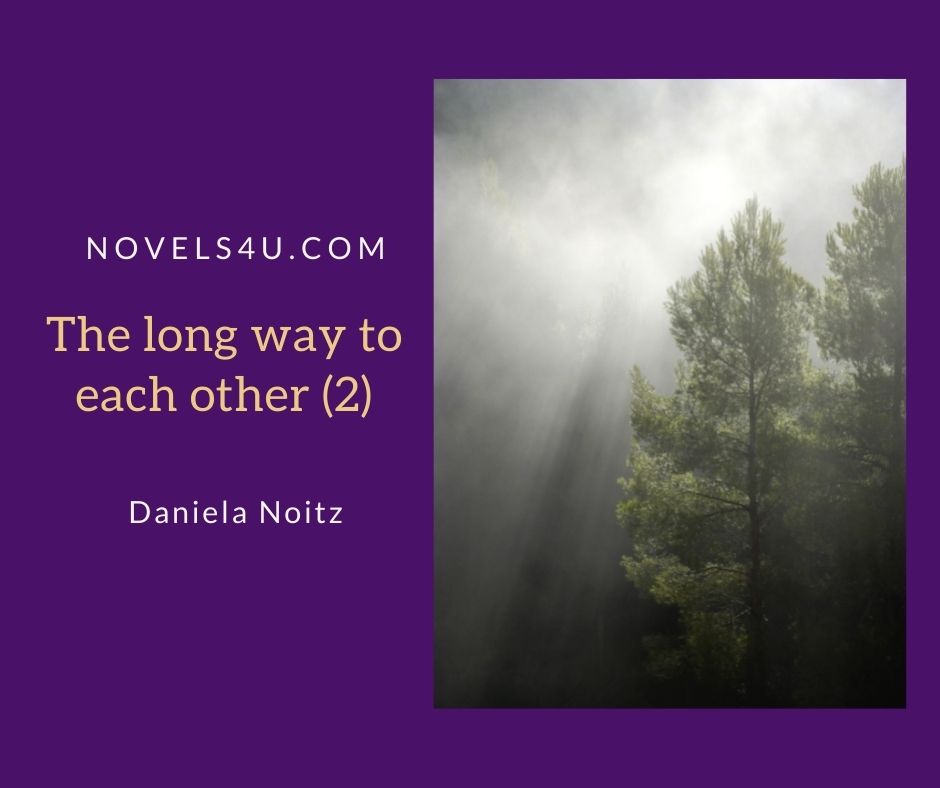 That was when Katie noticed. Yes, when was the last time she saw him? Was it this morning or was it yesterday? He had stopped taking care of her, so she had stopped taking care of him too. So simple, logical – and wrong was their approach. ‚Like you to me, like me to you,‘ she said, and didn’t think there was any mistake in it. Who knows if he even wanted her to take care of him? They didn’t talk about such things. Then what did they talk about? Did they even talk to each other anymore? She quickly brushed aside all these questions. However, she was now paying attention, at least curiously.

On the spur of the moment, she went to his study, only to pause again in front of the door and put her determination aside, because after all, where else should he be but inside. Holding her breath, swaying between retreating and attacking, she pressed her ear to the door. As much as she concentrated, there wasn’t a single sound to be heard. She opened the door very carefully, because she knew all too well how much her husband hated being interrupted at work. It was pitch black in his study, she realized. Still, there was no doubt that the anonymous clerk was right, her husband was not there. At that moment the large grandfather clock struck midnight. Katie ran back to her laptop as fast as she could:

„Where is my husband? What did you do to him? „

The screen flickered briefly, and then it was dark, but not only the screen, but all the other lights in the house also went out. She suddenly realized that she was completely alone in this great castle, completely alone, only surrounded by impenetrable darkness. But her concern was not for herself, as she was surprised to find, but for her husband. Where could he be? She tried desperately to concentrate. Didn’t the anonymous writer give her a hint in his first email? What was that all about? Oh yes, she was supposed to save him from the torture stake. But what was meant by the torture stake? After all, they were in Ireland and not in a cow pasture in America. Then she remembered that as children they had had a tree that they had declared a torture stake during their games. But how should the writer know about it? On the other hand, it was the only thing that came to mind. It was her straw that she clung to desperately, for her worry had meanwhile turned into naked, cold fear. What if he was wounded, or worse? She saw him tied to that tree, abandoned and helpless, in the forest beyond the moor.

Without thinking further, she stumbled down the stairs in the pitch-dark castle. Her fear inspired her. No, the night wasn’t pitch black. Indecipherable shadows emerged. The slightest sound made her flinch, and a lonely, dark castle was full of such noises. At last, she had reached the great entrance gate and stepped out into the night. Heavy fog had fallen in, making the plain look even more eerie. Still, she went on, out of the forecourt in the direction of the moor. Everywhere seemed to be whispering and whispering: “Turn back! Turn back!” But she went on, undeterred.

No, it wasn’t always that they didn’t care about each other. He had had to work, of course, even at the beginning, but he kept the evenings and weekends free for her as far as possible. Together they visited theater and opera performances, museums and vernissages. He brought her into his world of words, and she brought him into hers of images. They had had so many dreams and ideas to unite words and images. Where on earth did they lose it?