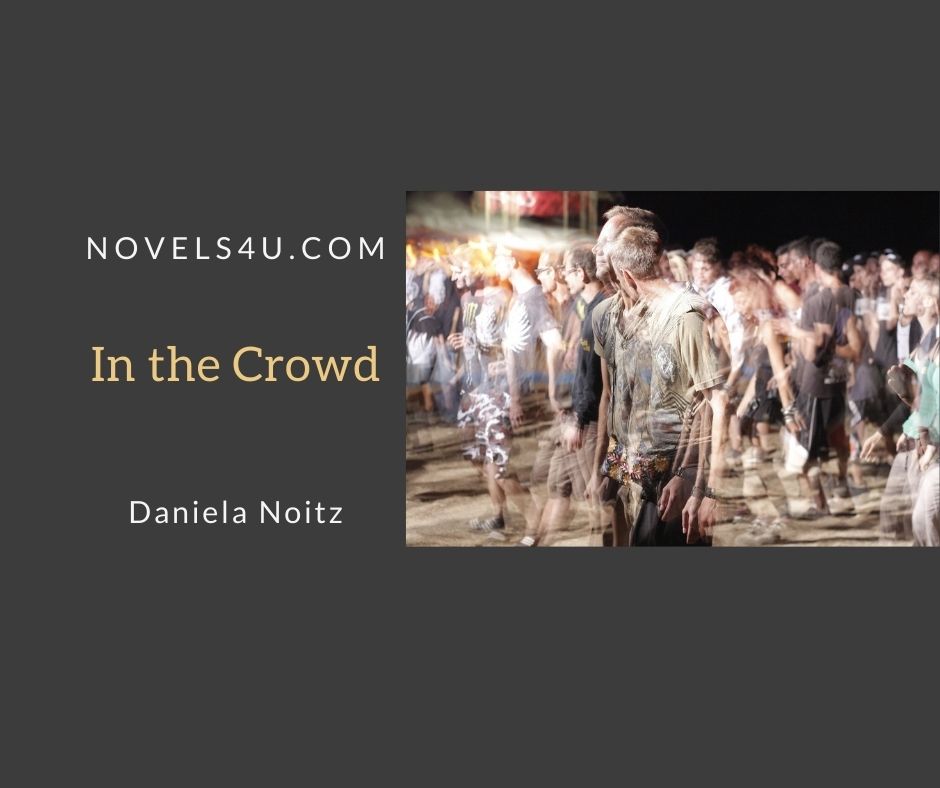 We laughed and we lived, just like that, unsuspecting, but considerate of each other. That day it happened was like any other, full of foreshadowing and hopeful.

„Do we want to take the train there, up the mountain and look at the world from above, today when the sky is so clear, and the view is so wide?“ I suggested to my child.
“Yes, we want that. That’s sure exciting!” Answered my child and took my hand a little tighter as it stepped out energetically to reach the hall that was between us and the train, pulling me behind it. We entered the hall, which was overcrowded with people, all of whom wanted to take the train up the mountain. They were probably all happy too, they had all smiled until they entered the hall where all the others were who wanted to go up the mountain, who wanted to take the train. They lined up in the back, just like us. But the smile disappeared, and the faces looked dogged, as if the fight for a place on this track was a fight for survival. I took my child by the hand even tighter, because the people around us looked bigger and more threatening than they really were. More and more people streamed into the hall, so that we were soon wedged between tall, threatening-looking people.

„Just stay very close to me and everything will go well,“ I said to my child, who looked up at me anxiously.
„Just stay very close to me and don’t let go of my hand, then nothing can happen.“ I said to my child when a thud hit my hand as I gave in to the pain and the small hand that was in mine when I immediately tried to reach out my hand again to grasp the little hand of my child again, who desperately held out its little arm to me when my hand no longer found his because the gap that had been created by letting go of the hand was immediately filled by a person when I tried to squeeze past the gap filler when I couldn’t, because the people were standing close together, like a moving wall. You were constantly pushed forward. I looked over to the place where my child had just been standing, past the gap filler, but it was no longer there.

I called, called the name of my child into the nameless crowd, but it was so loud around me, so loud that my call went unheard, so loud, so loud around me that I could hardly hear my own voice. Why did I let go? It had only been a second, just that one second of inattention, and my child had been swallowed up in that crowd.

“Please, please, let me through. I must go to my child!” I begged the people around me, but their look showed nothing but incomprehension, if they didn’t turn away, if they even listened to me.

At first, I desperately tried to force my way through in the direction in which I suspected you were, but there was no getting through. What’s more, I was pushed further and further away from where I suspected my child to be. Desperately I called his name, but it seemed like my words weren’t done. More than that, they stayed in me, undone, faded away. Desperately I tried to feel my child with my hand, but I only came across bodies, anybody. What’s more, the touch increased the strangeness, as if my hands had grasped a stone.

“I have to see my child. Please let me through to my child.” I pleaded with the man I assumed was between me and my child.
„I don’t see a child,“ he replied briefly.
“Yes, it is there, it has to be there. I just held his hand,“ I continued.
„Then you’d have been more careful, and besides, what do I care about your child?“ He replied gruffly.
„Yes, I know, but I wasn’t paying attention and now it’s alone and desperate, just like me.“ I tried again, but he stopped listening.

I had given up, just left with the crowd. Finally, I had reached the very front, where the train stopped until people got on and then left again. I saw stopping, getting on and off, over and over again.

Yes, it was my fault. I should have put my child in front of me, holding it, protecting it with my body, and not just shaking hands with it. Then we would not have been separated if we were still together. I should never have let it be so easy to part. I stood in front of the train, saw people boarding, people boarding again and again, was pushed, but I felt nothing more, nothing more than the pain of having lost my child, nothing more than the terrible feeling that I was to blame for it.

Who could ever take this burden off my shoulders? Where could I ever find forgiveness?

And suddenly the crowd was gone. The huge hall in front of me lay wide and bare. They had all taken the train up the mountain, only I stayed there, alone, otherwise I would be up on the mountain with all the others, but above all with you, my child, if the worst hadn’t happened.  .. But what was that? There at the end of the hall, huddled close to the wall, there was something there. I ran over. It was my child huddled there. But why was it there? It had been trampled, by all the people, simply trampled. I took it in my arms. It just slept. It slept peacefully and soundly.

“I will never let go of you, never again. I will hold you, you and your hand until you withdraw them from me, but in my heart, in my thoughts I will always hold you. “, I thought as I carried my sleeping child home.