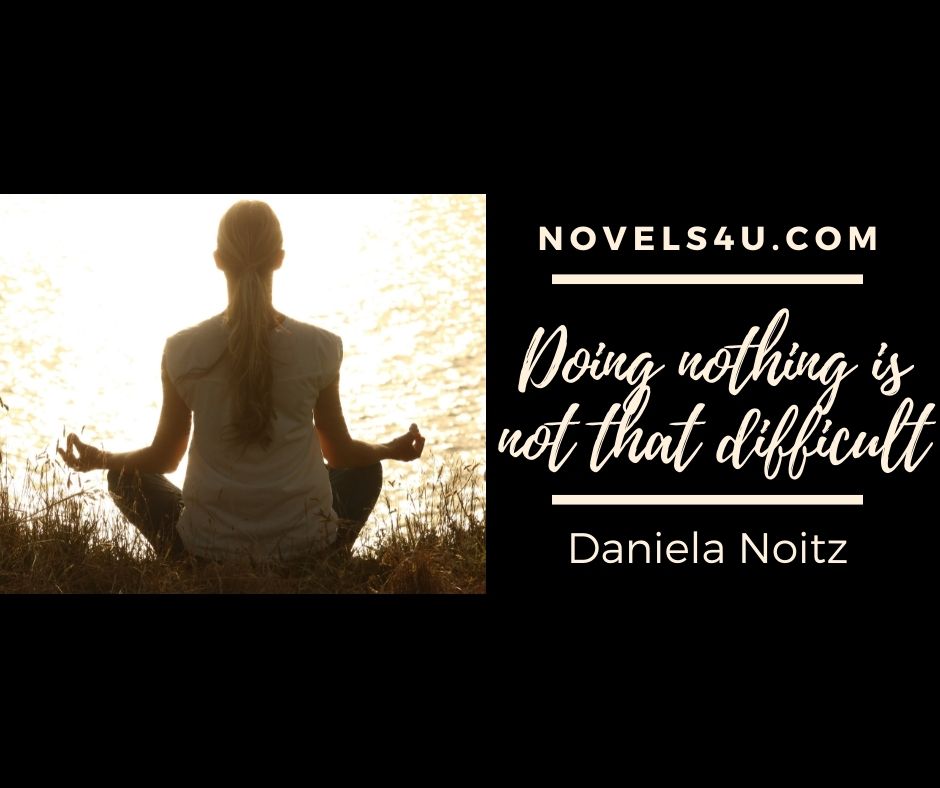 Sophie was convinced that she could do anything she wanted. When she set out to do something, she put it into practice, persistent, stubborn, and relentless. And the more she succeeded, the more she wanted. As soon as she thought I’d take a break after the project, she thought of two new ones. So, the years went by until she was completely exhausted and drained. „Maybe I should think about a vacation or something that other people call a vacation,“ she thought, „What do they do when they go somewhere?“ After long thoughts, she decided to ask someone who knew about such exotic things, i.e. the first person she knew and who came to stay with her.

“You, I feel as if I need a vacation,” she began to spread her thoughts in front of him, “Or rather, I assume that I feel like people who said they need a vacation. But what do you do on vacation? „
„Well, what do you imagine what to do on vacation?“ Replied the question with an opposing question, which was not proper, but inevitable in this case. After all, he first had to find out how big her lack of knowledge was about vacations.
“I would have thought that I would go to Ireland, for example. There is a great animal rights organization in Dublin. I could do activism there, so to speak, unifying people,” she said, a little excited at the thought, but the next moment the tiredness took over again.
“Wrong, completely wrong,” he explained to her, “people don’t do anything on vacation, except relax, maybe see one or the other sight, sit in a café, look at the culture, have a good meal. Such things, but they definitely don’t have any projects. You have to learn to switch off.“
„Do nothing? Relax? „, she repeated, as if hearing these words for the first time, „But what do you do when you are doing nothing or relaxing?“
„What the word says, nothing, „he replied, a little amused.
“Nothing,” she repeated, as if the repetition made something clearer or got closer to the meaning of the word, “No, I can’t do nothing. That’s so, I don’t know, nothing like that.“
„Exactly, nothing,“ he confirmed. “But nothing, that won’t work. Maybe just a little? A little, a very little?” she asked.
“No, not even the tiniest bit, just nothing,” he said sternly, “watch out, I’ll give you a task now. You go where there is neither an animal rights organization nor a sanctuary or anything comparable and you do nothing there for a week. And we’ll meet here again in ten days, then you’ll tell me how you’ve fared.“

And in fact she found a place that was completely unencumbered by any of the above-mentioned organizations. There she spent a week, as she called it, as a vacation. When they met again in the same place after these ten days, she looked radiant, like life in bloom.
„How have you been on your vacation?“ he asked flatly.
„Great,“ she said, beaming, „I think I do that more often now, this vacation thing.“
„And you actually didn’t do anything, just relaxed?“ he asked suspiciously, since he had known her for some time.
„Nothing, I didn’t do anything, absolutely nothing, just relaxed,“ she confirmed with a smile. „How did you manage that?“ he inquired further.
“Well, I came to this place, which I don’t mention here, because after all it doesn’t matter and found it exactly as expected,” she said, “People had no idea about animal rights and there wasn’t one sanctuary anywhere.“
„Very good. And you got to know other people?” he asked further.“Yes, some,“ she explained.
„And what did you do with the people you met?“ he almost probed, because he still couldn’t quite believe it.
“We founded an association and planned a sanctuary,” she said.
„And that’s what you call doing nothing?“ he was irritated.
„Naturally. I sat and said what was necessary, planned and sketched. My new active on site will take care of everything else.“
„And that’s what you call doing nothing?“ he repeated his question, like a stuck record.
“Of course, I didn’t do a single move,” she replied, “Just planned, talked and thought, that’s clearly doing nothing. No act. You see, I am really good at doing it with nothing.“
„As you mean,“ he said before turning away, shaking his head. She watched him go after him with pleasure. She hadn’t fully understood his reaction, but that wasn’t important, after all, she finally had to do something again instead of nothing