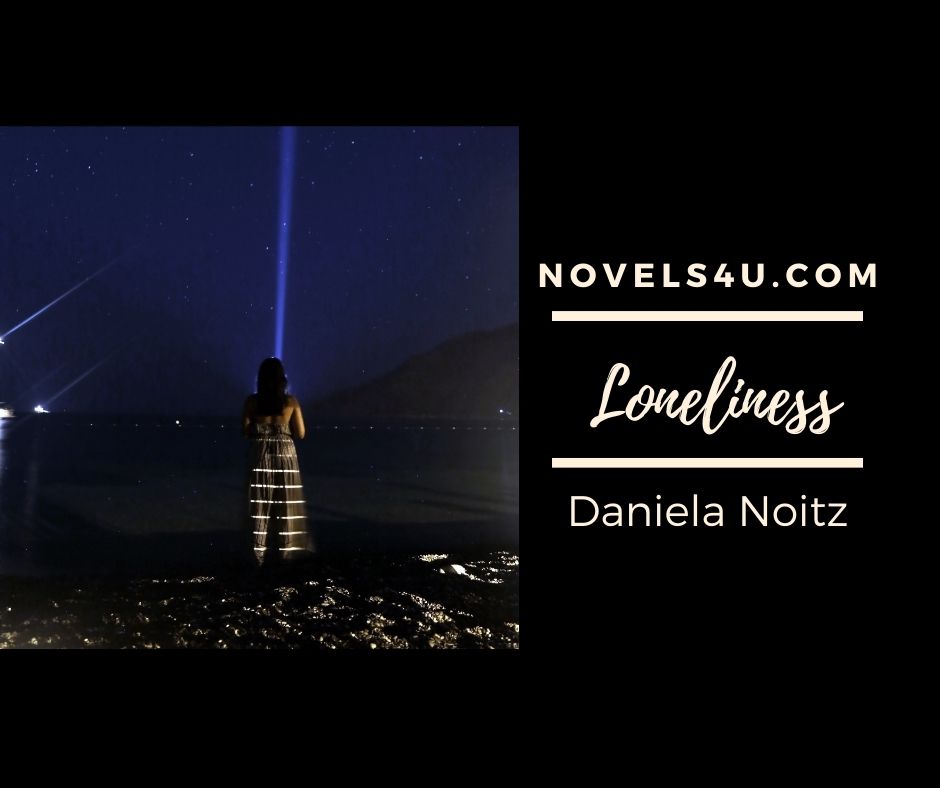 Of all the nights that I woke up and went back to sleep, there were very, very few in which I was truly lonely. Not just alone, but lonely, like an outcast who no longer even finds a connection point to a you in my mind, whose isolation consists not only of a physical, but also a spiritual, emotional one. Loneliness that not only cuts off from every other you, yes from every other being, but also cuts off every other being, every other you from me. Only a few nights, yes, but even if it had been just one, just a silly one, the memory would have been burned into it, forever. There were only a few, but the night of loneliness, this absolute, existential loneliness, is so long as if it encompassed all past and all nights to come and surpassed all of them again.

Not that they come unexpectedly, these nights, no, they announce themselves. They don’t fall out of nowhere, but rather you prepare conscientiously in order to finally attack me.

In these nights of solitude, the unfathomable, unbreakable darkness surrounds me, surrounds me and fills me. With every breath I take in darkness. With every sip I drink darkness until I am filled to the brim, like a bottle with the lid pressed tightly on and it finds no way to flow out of me again.

In these nights of existential loneliness, it is as if everything is moving into an unreachable distance. I feel for the trunk of the willow, and where my hand should touch the trunk, it backs away, and only when I remove my hand does it close again. I reach into the water of the lake, but it backs away from me, only to close again when I take my hand away. I feel for you, feel where your chest should be, and reach through you, and you remain completely unmoved because I am unable to touch you.

In these nights of existential loneliness, it is as if I were moving away from everything into an unreachable distance. I try to avoid the grass that tries to caress my bare feet. The wind that tries to tousle my hair cannot touch it. You who try to hug me, to pull you, you bounce off and find yourself pushed back.

In these nights of existential loneliness, I want to scream out my pain, but I have no voice. I want to talk about my suffering, but the air refuses to support my voice. I want to look at you, but I don’t see you the way you see through me.

In these nights of existential loneliness, it is as if I have ceased to exist, for my world, for my people, for you and for me, as if I had lost myself in the darkness, the silence and the namelessness.