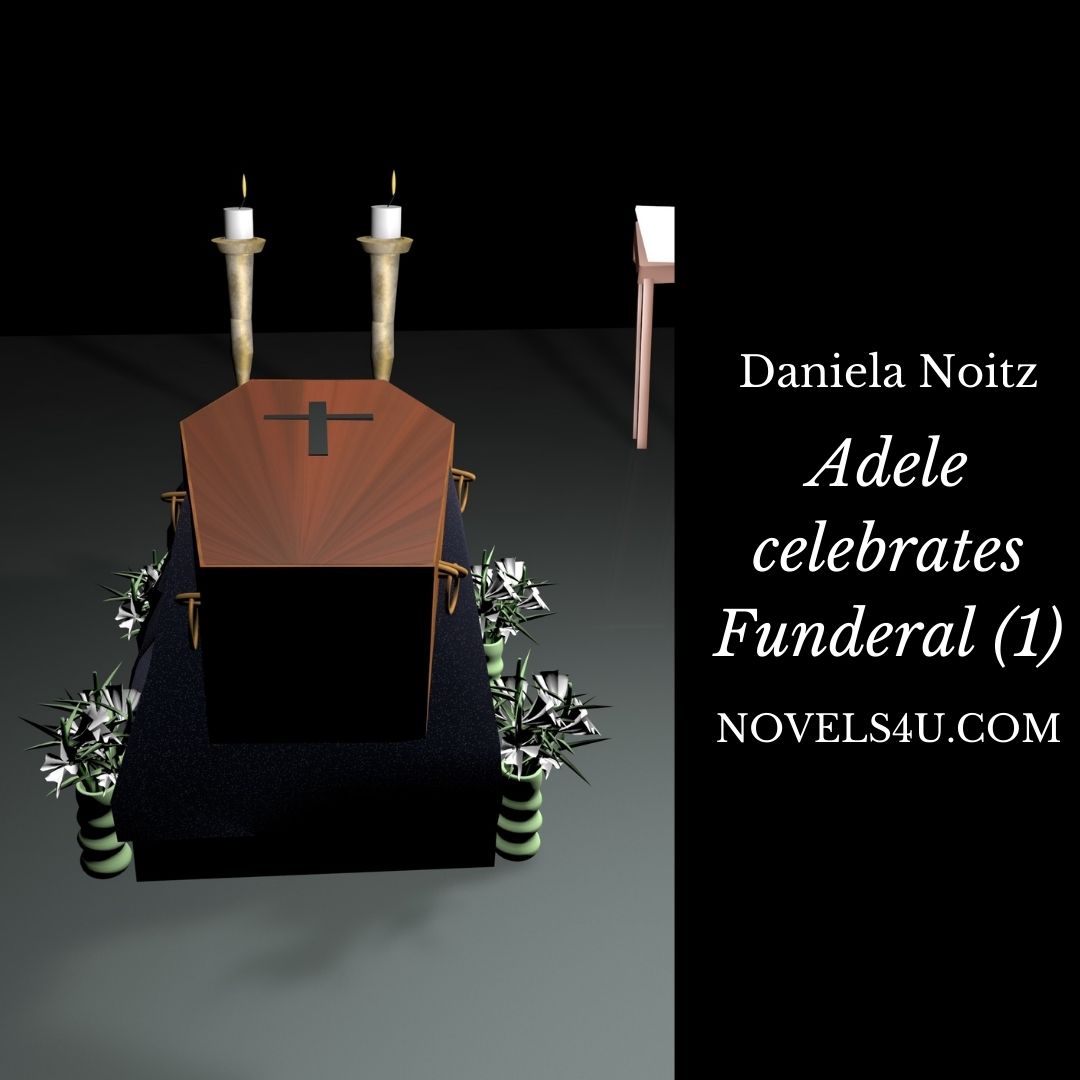 Adele had been horrified. Agathe, one of her best friends, had passed away. Neither unexpected nor surprising, because the cancer had raged in her for months, had consumed her and made her look unsightly. She should have had enough time to think about her wardrobe, and yet she hadn’t. Agathe in particular, who was always a figurehead for Adele when it came to questions of style and etiquette, had obviously not given a single thought to it.

„I’m just so glad,“ Adele had confided to Amanda, a mutual friend, that morning, „that she no longer had to see how she was disgraced, and that at her last big performance. I would have died of shame.“
„Then it’s a good thing she did that in advance,“ replied Amanda dryly.

Adele felt misunderstood. But regardless of whether she was understood or not, she wanted to do everything in her power to prevent something like this from happening to her. The image of her misshapen dead friend did not want to go out of her head. Such a faux pas had never happened to Agathe in her entire life, and just this last, this very last appearance – or should one rather say trailer – which everyone remembered and covered all earlier images, would remain. There was nothing more that could be done about that, but Adele, something like that wouldn’t happen to her. She swore to herself, looking herself deep in the eyes in the mirror of her dressing table. But how did she want to start it? After all, no one could give her a binding promise when it would happen. How should you be prepared for anything? Just the question of when to go to the hairdresser was insoluble. Of course, Adele went to the hairdresser regularly, but what if she fell dead on the way to the hairdresser so that she had no chance of changing anything? And then the thing with the cloakroom. Of course, she could go shopping right now, but what if, meanly, she lived another twenty or thirty years? The dress would be completely out of date, so nothing to be seen in without being embarrassed. Quite apart from the question of whether she would hold her figure, but that would have to be countered with a good seamstress who of course had her by the hand. But it might not be a mistake to look around for a replacement when the opportunity arises, because even seamstresses are supposed to be mortal, even if they are fundamentally irreplaceable. How long had she searched until she found a suitable one, much longer than for her husband, but he also didn’t have to meet such high standards. Her main problem was still not resolved and accordingly weighed heavily on her soul. Who could she confide in, who could advise her? She felt completely alone and abandoned in this world, knowing that she would always be lonely with the really important things in life. It was hard not to fall into melancholy, not to give up, but she pulled herself together. In the place where she grew up, she remembered there was a death society, or at least that’s what it was called. In truth, it was like a savings association, where money was set aside during one’s lifetime so that relatives would not be burdened with the costs of the funeral after their death, but she did not have to worry about such trivial things as financing. What could such a funeral cost? € 20,000? Possible, but negligible. In any case, she found an answer to her problem with the thought of the death club. She would just take appropriate precautions.

So, Adele had found a solution to her problem and a plan to put it into practice.
„Reinhard“, she said when she called her husband immediately afterwards, „I finally know what you can give me for my birthday.“
“And what can it be? A new car, a trip to Paris … “, Reinhard began, bored.
“None of the frills, it’s all already so common. No, you know, it’s my fiftieth birthday, unfortunately God”, and she did not fail to sigh extensively, so that he became fully aware of the significance of this statement, which she almost whispered, underlined by a theatrical pause in speech, “And it should be something very special. I want to celebrate my funeral.“ „Please, what do you want“, Reinhard shouted loudly, because at first he thought he had misheard, but Adele was satisfied, because now she was sure of his full attention, but not for long because he was actually tired. So, he was content to add, “Take the credit card. You know the code.“
„Thank you, dearest“, she replied cheerfully, to get down to work straight away, because there was so much to do and so little time. The invitations had to be written and mailed, the institute chosen to handle the funeral, a place hired for the funeral afterwards, and a thousand other things, but the most important thing was a visit to her favorite boutique.

„I would like to see the funeral dresses,“ she said to the gay seller, who only looked at her with wide eyes.
„What are funeral dresses, please?“, he asked puzzled, as if he had never heard of it.
„How can you pretend to be so stupid?“, replied Adele, shaking her head, „When a woman gets married, what is she wearing?“
„A wedding dress, yes, we have it,“ replied the seller, visibly relieved.
“But I’m already married and don’t intend to do it again,” Adele waved off, “The next question: What does a woman wear at her funeral?” Now the seller was very quiet again. “Well, a funeral dress, of course. What else?“, Adele added, because she didn’t want to wait until the young man would finally have finished thinking.
„That sounds logical,“ he said finally.
“Yes, that’s why I want to see the funeral clothes now,” Adele insisted on her request. And so, the seller simply showed her all the black dresses he had to offer, and Adele actually found a suitable one, appropriate for the occasion.

And just a few weeks later she was laid out in the unused coffin in the chapel, dressed in her funeral dress. There was a mirror over her coffin. She had insisted on that, because after all she wanted to see exactly how she looked on the guests at the funeral.