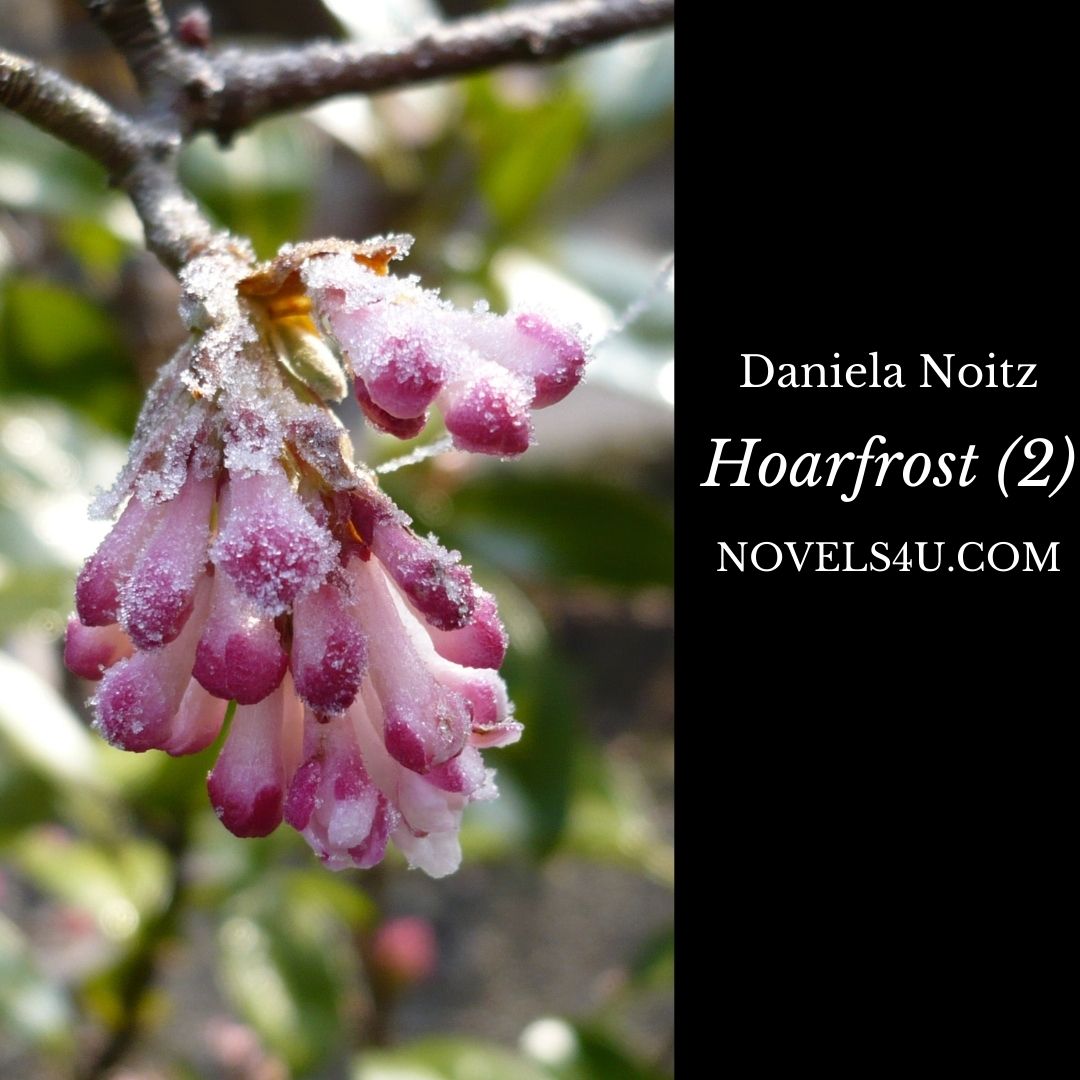 Elsewhere, a mother also gives birth. Four babies, without help, without advice or instructions on how to breathe. She can just do it. She licks the little ones clean until the fur is shiny. They find the breasts to drink on their own. It happens as a matter of course, in the warmth of security, of being accepted. Nobody should get too close to the babies. The mother defends them with her life, if necessary. She doesn’t have to think about how it could work because she knows. It is in life itself to promote life, no ifs or buts. At least with her.

The copulation is over and her thoughts return from birth to the place where it happened. Exhausted, he lies next to her. When his breathing has calmed down to some extent, the inevitable question is whether he was good. Whatever this could mean. Evasively, she explains that she has already seen worse. Whatever this could mean. As if there was a calibrated unit of measurement. Perhaps how far he was able to penetrate the hoarfrost of isolation around her, or how far he solidified. Slowly her gaze slides over his body. Now he wants to know from her whether she likes him. To which she replies that a man just looks like a man, knowing full well that he only meant part of his manhood, the part by which, in her experience, most men define themselves, and if she now replies that they are no longer themselves and would be no less disgusted with it than with anyone else, it was not to hurt him or to offend his male honor, but because it was the truth. After all, she adds, it is a young girl’s hardest task to overcome this natural disgust that is first instilled and then expected to dissipate on its own at a certain age. Or maybe not. Still, he doesn’t seem to appreciate her openness. She almost said he had pulled back with his cook drawn in. But that’s nonsense. Human men cannot retract their penis. Dogs can. And horses. And whales. And probably most mammal men, only with Homo Sapiens that doesn’t work. But it doesn’t change anything about the hoarfrost in the winter of isolation. It can be broken into, but it failed. They part as if there had been no contact and there had been none because they couldn’t reach each other.

„What exactly do you want to heal me from?“ I ask, forcing myself back to you and the conversation.
„Your preference for women,“ you answer frankly.
„And what exactly needs to be healed about it?“ I reply.
„Well, you only became like this because you were disappointed by men, because no woman would become a lesbian if she only found the right man,“ you explain to me outright.
„And this man could you be?“ I want to make sure that I have understood you correctly. „Exactly, I am sure that I can do that, if you allow it,“ you explain, convinced of yourself, your masculinity and your mission.
“First of all, I’m not a lesbian just because I say no to you and your offer,” I reply, “It may well be that you believe that you are the only one, unlike everyone else. Yet you use the same words as everyone else, try to tell me the same thing as everyone else. It’s absurd and bland. So ridiculous when you seem to believe yourself that you just made it up. Why don’t you just say what you really want and leave the weird talking about?“
„Because you would say no, I would address it directly,“ you mean.
“And what’s the difference? I also said no,” I reply.
„You said no?“, you ask, not unfounded, because you had not heard the no or at least not taken note of it, „And besides, everyone knows that when a woman says no, then she means maybe.“

And that’s the moment when I forget all the rules of politeness, which is not easy for me, because I carry around the burden of being well behaved, as they say, grab my jacket and leave. When I stand on the street, I breathe a sigh of relief. The cool night air envelops me, but it is warm, in contrast to the hoar frost, which solidifies more with one experience to the other. I don’t want to deny that there can be another summer of togetherness, just I don’t believe in it anymore. It’s like an intellectual gimmick that you can have fun with in quiet moments. Nothing else.