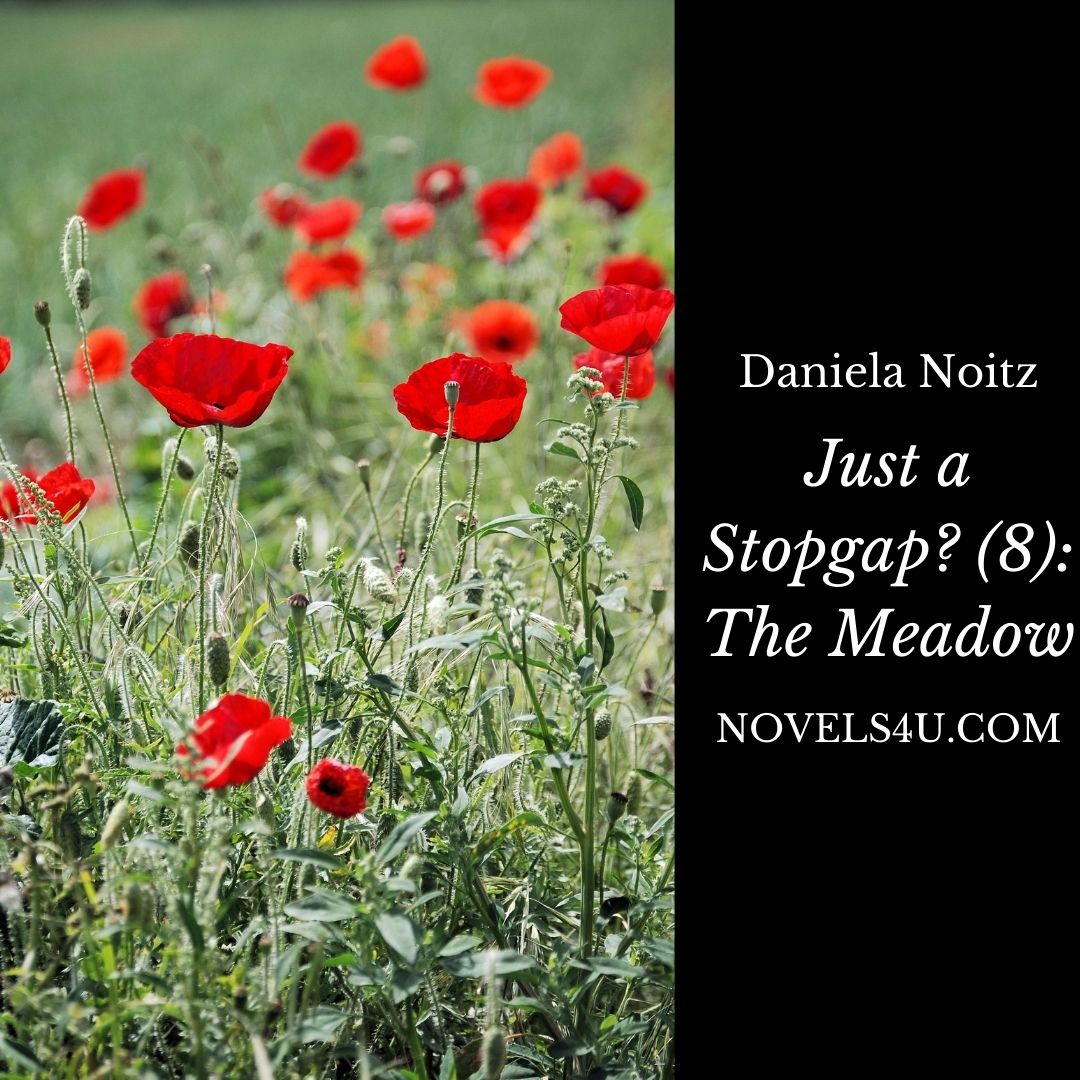 The chaos was in the river, still in the river, around the safe harbor that we let become in our words, our jetty on the lake, the lake, the ferryman and the window. We let the water of the lake wash over us, dived, swam, but when we reached the opposite bank it was the limit of the chaos flowing around it.

„Speak, and it will be.”, you said to me, again.
„I want the lake to be surrounded by a meadow, with lush, green grass, framed by bushes, expansive, as if enchanted, under which one can hide, crawl, but also divine and interpret secrets.“ I spoke to you to.
“And in the meadow, two willows, high, large willows, the branches of which reach down to the ground. They should be just far enough apart that they can develop and unfold independently of one another, and yet just so close that the branches touch, and it looks as if they form a common roof, as we do when we Put your heads together.“, you said to me. „Conspiratorial, mysterious, playful – and the leafy branches that reach to the ground offer shelter, a living cave through which the shine of the stars can still shine through, concluding, and yet not closing, concealing, and yet not delimiting, swaying with the wind, becoming calm with the silence.“, I spoke to you.
„I want to play the ringing game on this meadow, I want to be able to turn, turn, turn, turn, until my senses fade and I lose myself in the whole.“, you said to me.
„Then I want the black chair on the meadow, as a fixed point, to rest and linger, at the moment also to be silent, the chair of clear, unclouded thoughts, directed and straight.“, I spoke to you.
„Yes, that’s how it should be,“ you said to me.

At that moment it was wrested from the river of chaos, the meadow was around the lake, the bushes that bordered the meadow and yet not blocked it off, were the willows whose branches were so close together that they touched each other and their two heads looked like a single roof, the ring game for the intoxication and the black chair for the rest.

I took your hand and ran with you across the meadow, through the branches of the willow trees that gently touched our naked bodies, jumped over the stream that fed the lake from the west side, circled the lake until we got there again where the ferryman waited patiently, we laughed and fell on the grass. The wind had dried us and the blades of grass tickled our skin. We lay arm in arm on the meadow, letting our gaze wander, over everything that had already become in my newly assembled world, letting my gaze find yours. I kissed you, I just had to kiss you because everything was so beautiful, and because we were together in it, because happiness was not only palpable, not only worth striving for, but simply and movingly there.