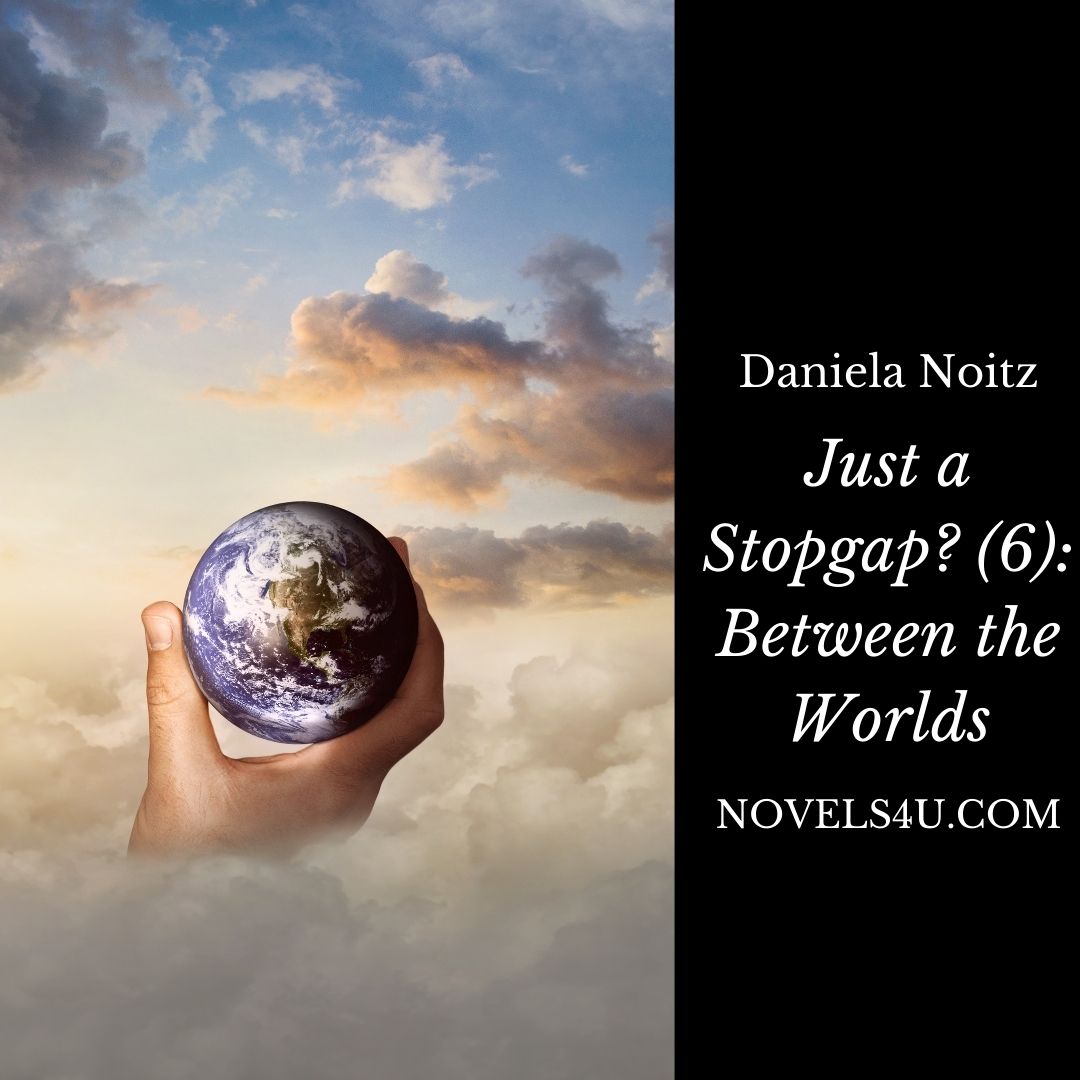 In the flow of chaos, in the center of the unformed, we want to set a new beginning as ours. But where do you start? Where do we want to set our first fixed point?

„Speak, and it will.“ You said to me.
„First, I want the footbridge as a meeting place, a place where we can find each other, night after night, where we can find each other again if we should have lost each other.“ I spoke to you.
“As a place where we can meet others, where we can welcome others, night after night,” you said to me.
„As a place where we can come to rest, as you and me, in remaining independence.“ I spoke to you. „But also as the beginning of the bridge between your and my world,“ I said to you. „Then why don’t we create a bridge instead of the footbridge, which could form a real connection between your and my world, a transition and an intertwining?“, you suggested, and it was really like a small blow.
“You know that there cannot and must not be any one within the other. My world must be protected, like a timeless reservoir in the midst of the confusing and insurmountable. How much can my world take from the outside? No more than the visitors bring in with them and in their stories, and every time I have a day to relax. It works like small drops of poison that spray in, the restlessness and the imbalance, the hectic pace and the dissatisfaction. I accept and have to process it, neutralize it, in order to be there for you.”, I pointed out.

You had known about the impossibility of intertwining, and yet what was said, what was said hit you.
“We shouldn’t let a bridge become, nothing solid, immovable between one and the other bank, as a symbol for your and my world, but we want to be a ferryman who maintains the possibility of connection, between the jetty and the other Shore of the lake, which allows you to go back and forth, but also forms a barrier that asks once again whether those who leave one world and want to reach the other are really sure whether they want to, because an experience they have had once is inevitable, cannot be undone. Sometimes you have to protect people from their own will.”, I offered, not just as a compromise, but as a visible, tangible sign of openness.
“A ferryman with a raft and staff? Yes, we can get a ferryman who sees through people and only translates those who really want it.”, you said to me, reconciled and in harmony, now again.
„And I would like to have a window that does not allow entry, but allows a first glimpse of yours into my world.“ I spoke to you.
„Yes, that’s how it should be,“ you said to me.

At that moment it became, and we found ourselves again, on our jetty by the lake, and on the opposite bank we saw the ferryman, in his long cloak, standing next to the raft, ready to cross the arriving human, the long staff in hand . The window was also found, the wings of which were not closed, but only slightly leaned against each other, inviting to be pushed open, for those who are driven by the ineffable longing like you.