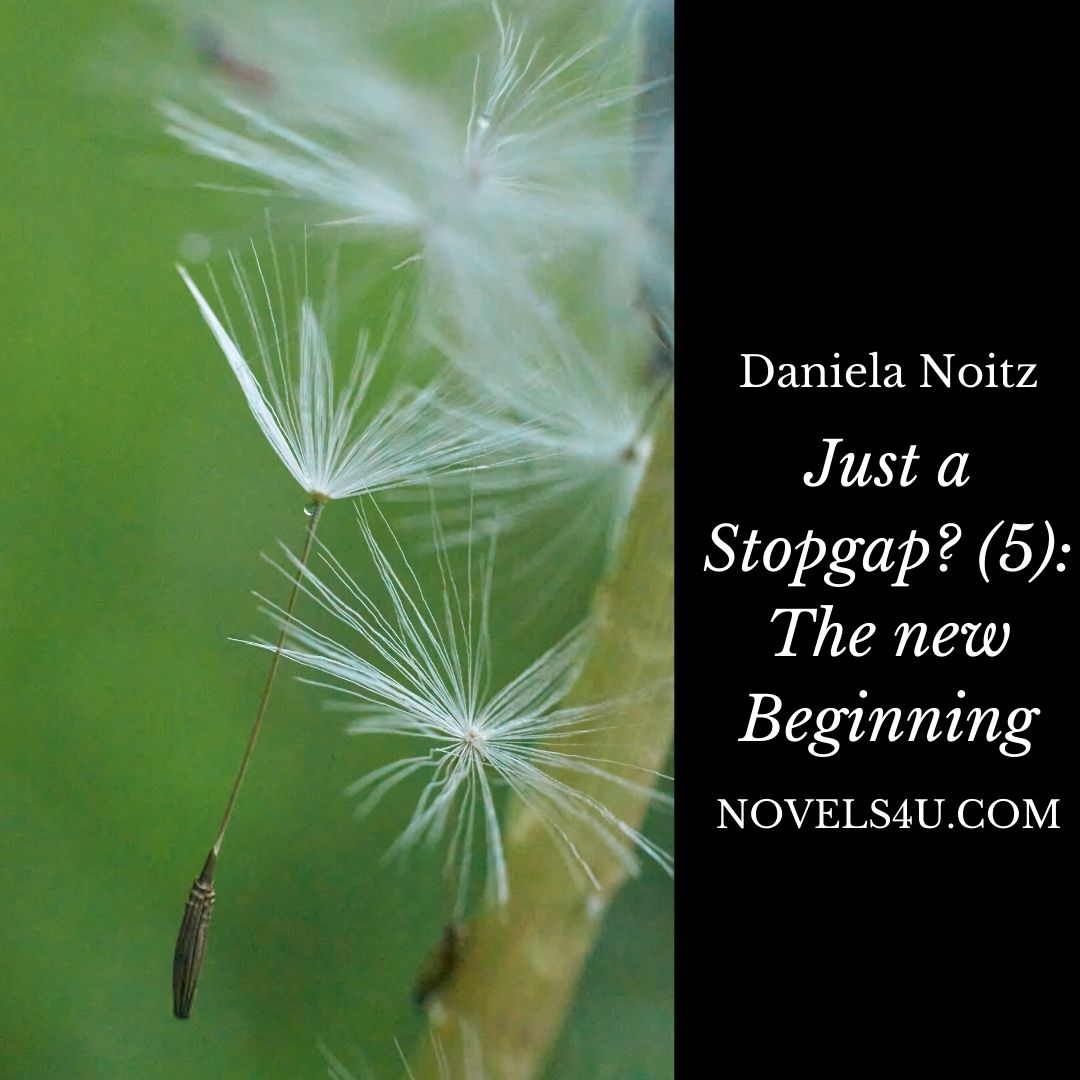 How do we build a new world for ourselves when the one we had is the only one we knew? Don’t we always take ourselves with us into the new, even when we’re sitting in the middle of the wild, untouched, unstoppable chaos and actually have nothing but each other? Nothing else?

So much, but everything, if you will, everything we need for a fresh start. From all the countless known and even more unknown possibilities, we look for ours, and even if they are the same elements as before, they are new through a simple, changed arrangement.

We sat, no, it wasn’t sitting, it was like floating in the indeterminacy before the image was created. Were wide and open, in a flow of infinite possibilities, like a double star, the two parts of which orbit each other, and at the same time embrace each other, like two poles of one magnet, like the two halves of Ying & Yang, which complement each other to the perfection of the circle like the answer to the question, which has not been asked from the beginning of times, in which all the others, each earlier and each coming, are once again embraced, a flow of absolute detachment and one within one another, in a flow of complete unconditionality in the individuality of beings and of at the same time complete conditionality of the one from the other, in a flow of simultaneous indeterminacy and inevitability, in a flow of simultaneously focusing and spreading forces, in the flow of unhindered delimitation of space, enclosed by the will to be home as the only force, which are able to counteract the drifting apart, the complete loss of arbitrariness like, in the flow of you and you, which is also called us, and yet points far beyond that, beyond the mere you and you we are closed, in the flow of you and you, which do not press against each other, so as not to allow anything foreign, but rather each other takes hold of the hands so that arms, hands and upper body form a circle that is firmly joined and precisely for this reason is able to allow the third person to enter, even to welcome it as expanding.

Why do we defend ourselves so vehemently against this intrusion from the outside, which nevertheless protects us from standstill and inner dehydration? Why do we resist so vehemently against granting the one we attribute to you the invigorating, expanding experience, which means nothing more than the expansion of our own, but all too limited, experience? What seduces us to jealously possessive to constantly put obstacles in the way of you in its becoming?

You, I want to experience you breathing, spraying and contagious alive, but life means growing. Growth, however, is unregulated and unregulatable, thus unforeseen and unpredictable, because it can be on me or away from me. I have to accept the possibility of pain and separation in order to allow happiness and togetherness to emerge as such.

In the midst of the flow of chaos we set a new beginning in togetherness, we rebuilt your world, this time as you and you, as ours.