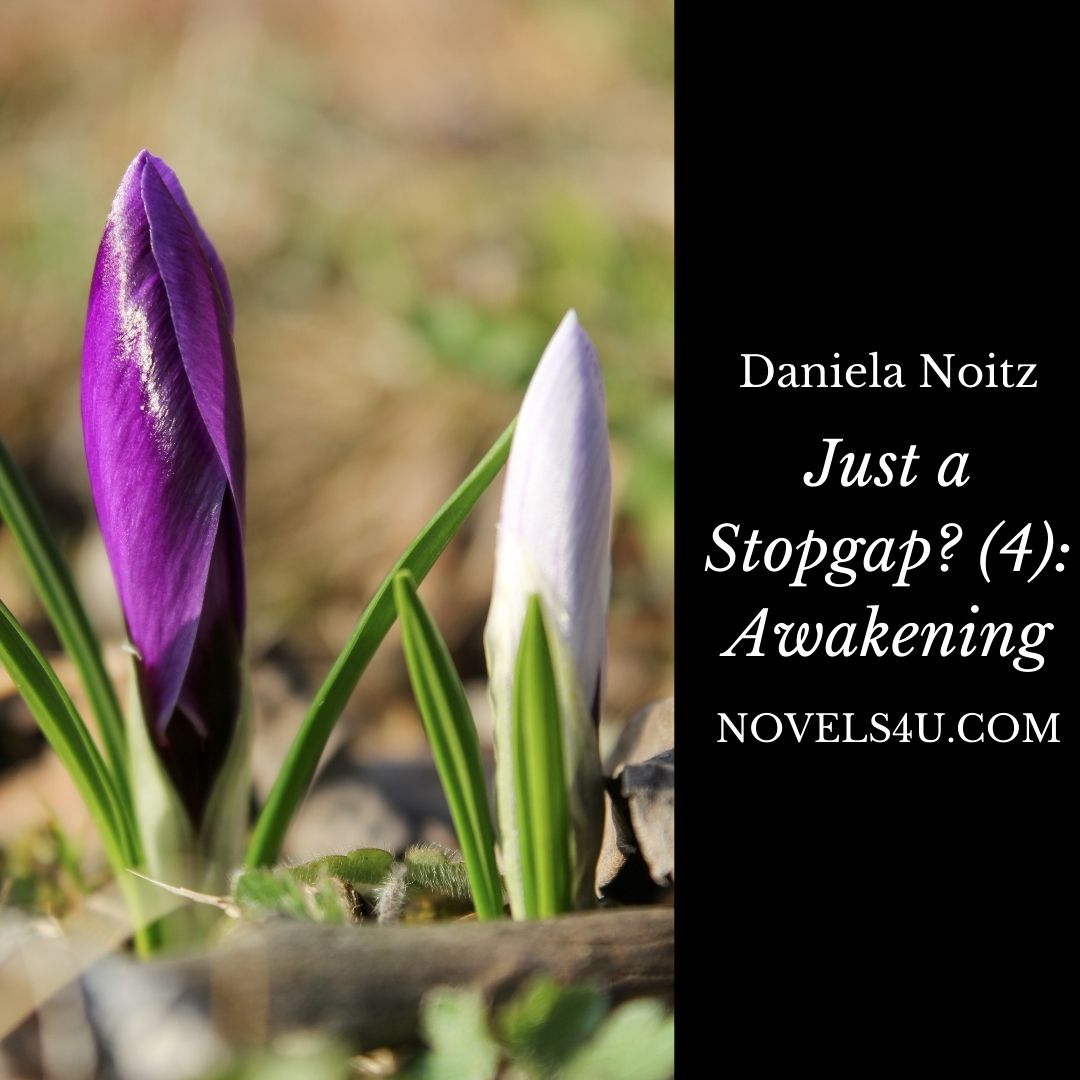 The wagon had fallen into the abyss, hit and splintered, shattered. I had closed my eyes, let myself fall into the seemingly inevitable, in the silent expectation that the same would happen to me, but when the bang had died down and calm returned, I still felt whole. Something must have slowed my fall, prevented my impact.

I carefully opened my eyes and found you, just like when I first woke up in my first life that you had opened up to me, saw you, turned to me, full of warmth and tenderness. As then, I found myself welcomed and accepted this time. You caught me and gave me life a second time in it.

“And I was your stopgap, a mere gimmick.” I repeated my accusation again, “But I now know that it wasn’t like that at the beginning of our being close, but long before that, when I was nothing more than an inspirational thought, nothing more than a speculative idea to bring color into your life. In the time in which you were looking for an answer to this vague, confused longing, when you had to admit to yourself – for how many times probably – that you still believed that there is more than everything and that hope is alive You would find this more than anything. I was nothing more than your stopgap, the one who was supposed to fill the void that deepened and expanded more and more painfully in your life. Stop-gap and way out of your stupor – or maybe I should say, the beginning of a new path, our path. You opened me into life, into my world, and accepted me as your you, all-embracing, without restriction, without compromises or any objectification. I know now I know I found the picture again when I fell and faced my shattering, when you brought me into life for the second time.“

“It is good that you are back, good that we have found each other again. And it is good that you recognized what was thought, what my intention, my downforce was, and what then happened when I saw you, back then, for the first time, when you were lying on your bed and I was your awakening in your life expected. In one fell swoop everything was different, my life was turned upside down, on my head. Yes, a gimmick in my head, a fantasy that got me through the gloomy, lonely days, nourished by an uncertain, indefinite longing to realize my dream and in it me, but no matter how often I had dreamed this dream, how detailed I had imagined everything, what ultimately emerged was no longer in my hand. Well, I dreamed you, you and the lake and the pier and the meadow and the pasture and the castle, but from the moment you opened your eyes, you were yourself, appropriated yourself and your world – and from then on I had nothing more than to be amazed at what you were of yourself. Sometimes I found it hard to believe that I had any part in it,“ you said, and I knew it, everything you wanted to give me to understand had always known, but how easily, how quickly I became insecure to let.

I laid in your arms, again as if it were the most natural thing in the world. Nothing more should remind us that we had almost lost it. „Shall we go down to the jetty?“ I asked suddenly. „We can’t,“ you answered. And so I let go of your eyes, looked around.

We were, yes, but there was nothing around us but a cloud of chaos. „I have decided to start all over again, from the very beginning, like when I first conceived your world, but this time together with you, to start a new one.“ You said, taking me to you and my duty.