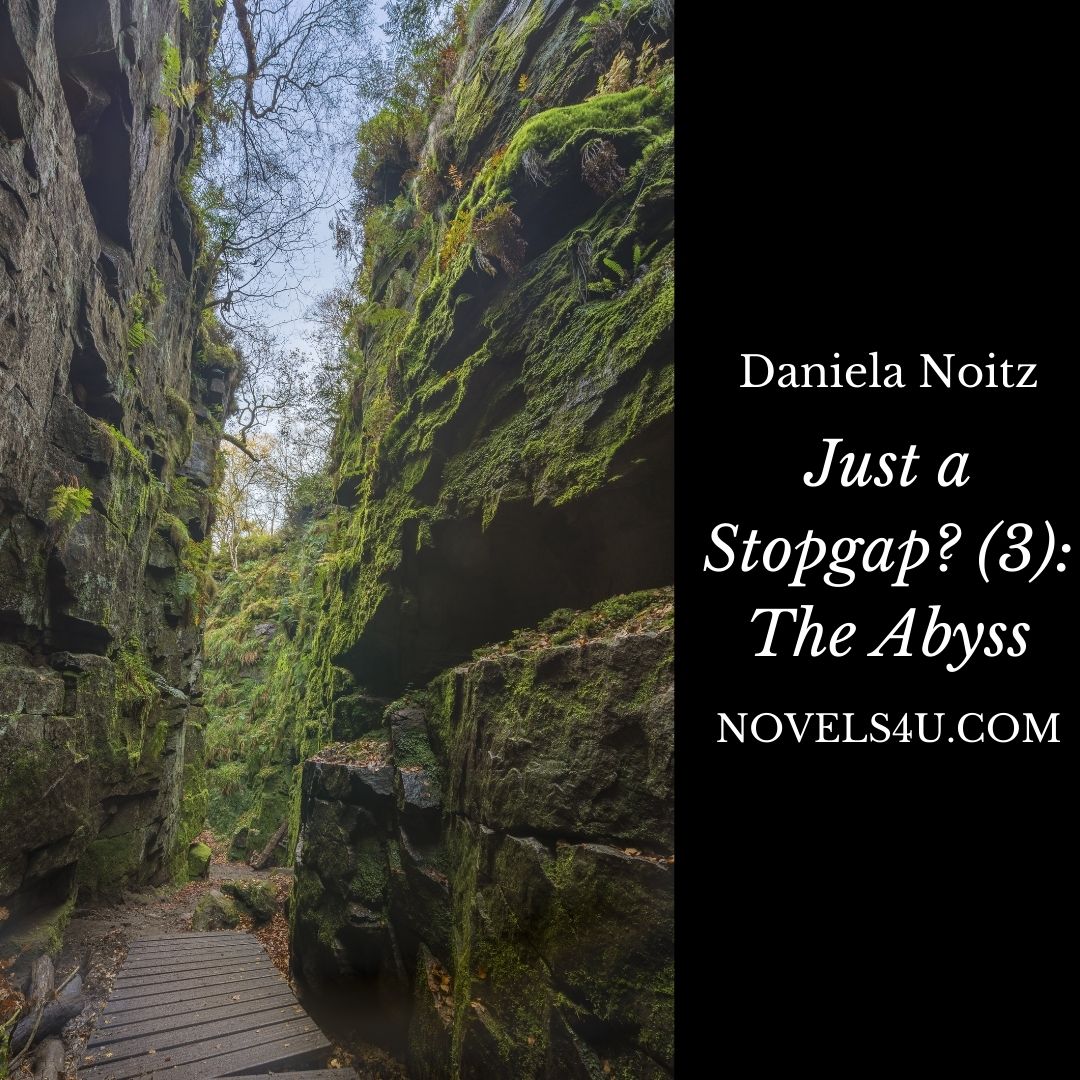 I sat in this wagon, sped with it in the one direction that the rails dictated, and my thoughts had no ambition to leave that direction either. They were directed forward stubbornly and rigidly, and then the rails came to an end, despite all suspicions, unexpectedly. The car was thrown upwards. For a short time he flew, for a short time it seemed as if he would change his mind once more and fly on, to land on the other side of the abyss unscathed, for a brief moment before falling down like a stone, to inevitably smash on the ground, to shatter into a thousand pieces, and me with him. Given the inevitability and clarity of what was to come, I relaxed. There was no stopping it, nothing could be stopped. There was no longer any need to fight, no longer need to rebel. It didn’t change anything.

I gave myself into it, consciously and willingly. There was no turning back, no means against the given and the violence of the factual. Here, in the end, there were no more excuses, just adding and letting go, letting go and letting it happen. Any attempt to fight back would have been a waste of strength. I gave myself up in and in it. “And I’m nothing more than your stopgap.” I thought one last time, as if I wanted to assure myself that it was still there, the trigger that set this car, which had now plunged into the abyss, in motion, and when I found the insurance, I could let it go, let it blow away as if it had never been there, and another image appeared in the middle of this fall into the abyss, which probably lasted only a few seconds, and it still did to me made it possible to find this other picture, the picture of the day you gave me to me.

I woke up on this, my first day of my life in my world, and the first thing I saw was you. You sat by my bed. You awaited my awakening to me calmly. Your gaze surrounded me with the full intensity of your irrepressible tenderness and receptiveness, embraced me and lifted me into liveliness. Could I have wished for a nicer arrival? Has there ever been anyone who was greeted more attentively? It was there again, this picture that let me know that maybe at some point before that I was a stopgap, yes, maybe even shortly before I woke up, but there, I was definitely not anymore, no more and never again. And at that moment, at the same moment, the wagon burst on the bottom of the abyss, the moment to say goodbye, because like the wagon, I would burst too.