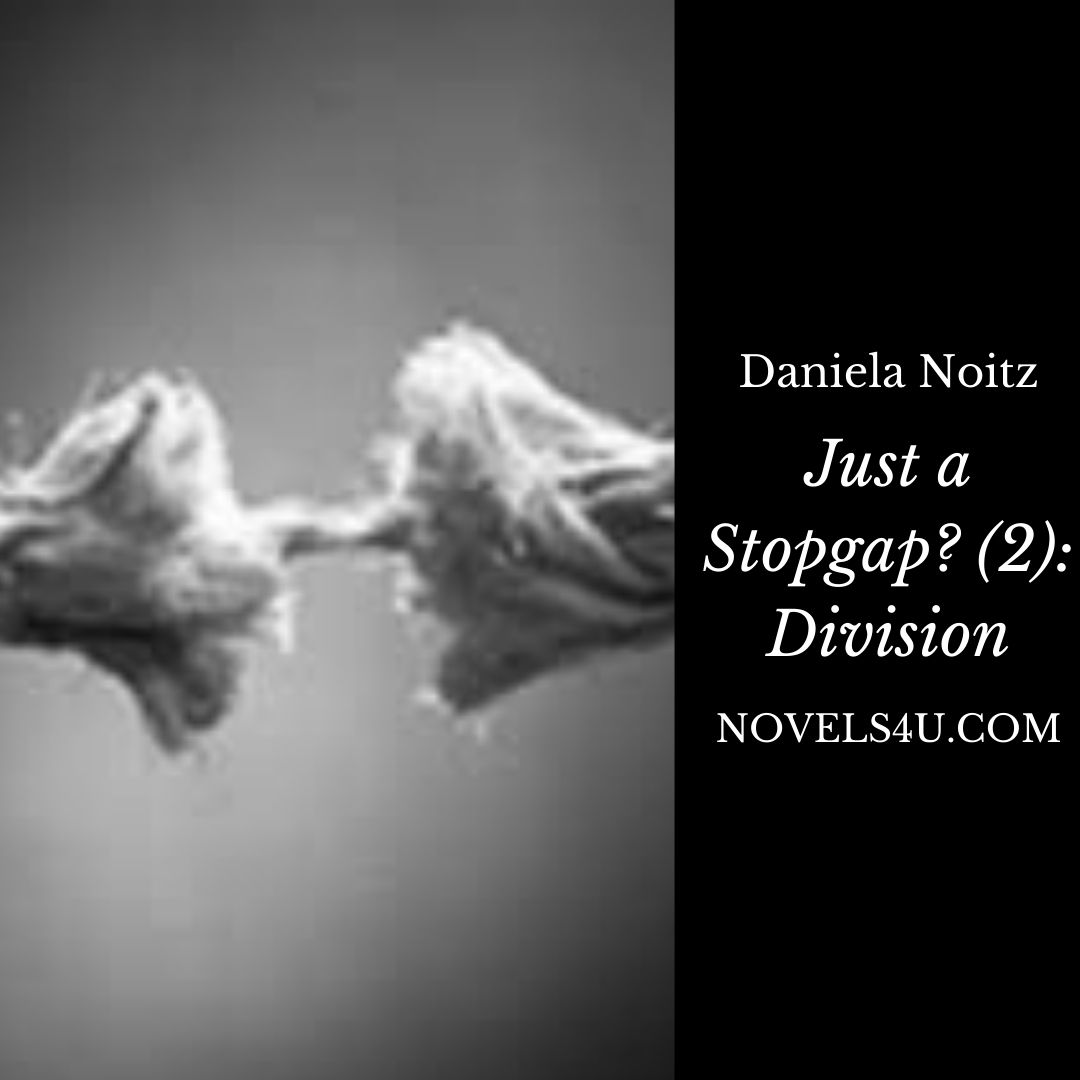 The wagon sped on, unguided, unbraked, towards the annex, and there was no one who could switch a switch. Or wanted to? Instinctively I moved away from you, also outwardly. I instinctively crossed my arms over my chest to make myself even more inaccessible, to close myself off even more.

A single word too many triggered an avalanche of words that helped to accelerate the car even more. He was getting closer and closer to the abyss of division. And instead of looking for a brake, for some kind of way out, I had to know, I had to step up: “And I’m nothing more than your stopgap!” I repeated, combative and yet defensive.

You seemed so far away, I could only guess the sadness in your gaze, but I didn’t want to perceive it. “I had already admitted it. Yes, you were my stopgap at the beginning. Do you want to know how it all happened? Do you want to listen to me Do you want to understand me?”, you asked me, and I understood it perfectly, understood the urgency of your question, and yet did not accept it. “I don’t know if it makes any difference. Yeah, exactly, what difference does it make if I know how it all came about or not? What difference does it make if I listen to you or not? I know that much by now, I have heard and understood: I am your stopgap, actually nothing more than the putty between the windows …“ „and obviously want to become the nail for my coffin too.“, you fell into the flow of my thoughts , which accelerated the carriage even more, so much had I spoken myself into a rage and into my self-pity. “Sorry, but I said it was the beginning, just the beginning. I admitted that you were right, right at the beginning.”, y ou tried to give in, but it was too late, I didn’t want to let myself be wrapped up by your words, by your embarrassing attempts to get you out. “For you I am nothing more than your stopgap, in this beginning, in which the basis for our relationship was laid. No matter what you build on it, the basis remains the same, doesn’t change anything and will never change anything again. ”I said and believed it, at this moment, believed the finality, and thus added the last stone in this wall between us. And the wagon rolled on, unguided, unbraked, towards the slope.