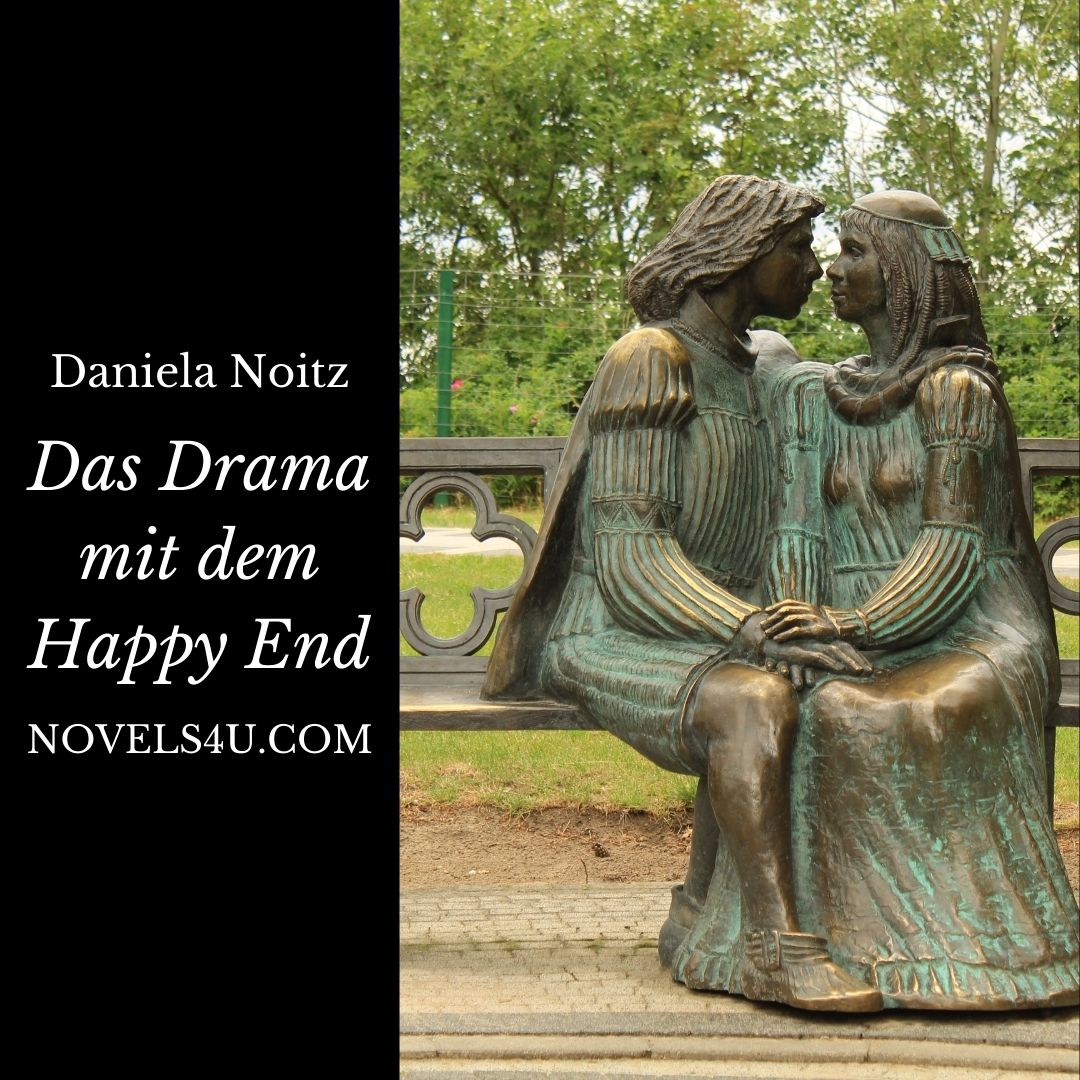 Every story begins with the first sentence.

As banal as this insight may be, it is grimly refined. Not that anyone would think of judging a story by the first sentence, but it could be, anyway. At this point in time, when the first sentence is formulated, the rest of the story is mostly already in your head. Since it is still not possible to simply scan this remainder out, it must be written for better or for worse. It goes very smoothly, scene follows scene, and the protagonists play along like puppets on a string, and if the author decides to go left, then they go left. And if she wants you to go right, go right. This is how it is intended and what it is happening. At some point the story will be fully formulated. No, not finished, because suddenly the pen stops and the big, previously unasked, and avoided question stands ghostly in the room, grinning maliciously from under the black cloak, which is supposed to make it unrecognizable. It is now time to break up.

Still and in spite of all life experience, or maybe precisely because of life experience, most people would like something that could be described as a „happy ending“. When a seriously ill person finds recovery, a popular disaster does not take place after all or the victim who is rescued at the last second from the clutches of the ice-cold killer, then everything is wonderful. But what about the “happy ending” in a story that deals with interpersonal issues? Should they find each other, the two of them, after long detours and wrong turns, so that they can walk happily, smiling happily, hand in hand, for the rest of their lives? Is that really a „happy ending“?

Only the end can do that, and above all the end, in all respects. Of course, it is nice to open the book again, after 5 years, 10 years, 20 years to read as before, „You lived happily ever after“ (on and on and on), sighs briefly and lets her in her happiness to which they are condemned by this „happy ending“ to be alone again. Let them see how they deal with it. Enviable and deceptive at the same time. The two of them, holding hands, losing their eyes on each other, sitting on a bench at the idyllic edge of the forest, preferably with a sunset in the background, which of course the two cannot see, since they only have eyes for each other, stay forever. What a strong or simple nature that can take it. Who doesn’t hope that Beckett will get up and quickly invent something.

Sunset and sunset and sunset. The two are now sitting far apart, each at the far end of the bench, from which the paint has long since peeled off while the forest was cleared and the open area was concreted over. “But we had a ‚happy ending‘,” we hear from one end of the bank. „The others maybe, but we are trapped here and we don’t even have a Mr. Godot to wait for,“ comes the reply from the other end of the bank.

Would you rather not have a „happy ending“? Or does a “happy ending” look completely different at all?

We undo the Beckett knot again and release him back to his well-deserved resting place. Then dear Kafka, but my protagonists just get lost in the labyrinth of life on this bench, and in the end we don’t find them again.

The easiest way out of this “happy ending” dilemma would be not to let them come together in the first place. This leaves them with a task, quasi a life’s task, forever unfulfilled and forever driving forward. That would not only open up the possibility of creating a series-novel in which our protagonists are always brought close together, so that they ultimately never come together, but rather let them find their fulfillment in non-fulfillment. You can continue to dream about how beautiful it could be – without ever having to verify it on an actual event. But could the author really be responsible for that in the longer term? Isn’t there a urge to put an end to this constant whining before it becomes fat or promiscuous in its desolation or he becomes a drunkard or a superhero? So back to the beginning. Ultimately, and after all these in-depth considerations, there can only be one thing, only one option that remains, which makes the ending tragic but, on closer inspection, happy, the “Romeo and Juliet happy ending”. After all, it contains all the components that are necessary: They come together, the two of them, experience a few wonderful, deep, fulfilling hours of togetherness. Just so many that they can enjoy being together and dream up the brightest future plans before they can say goodbye to the stage of life with their heads held high. We will never find out how Juliet had to worry about five children and how Romeo would come home less and less because he could no longer stand the constant whining and moaning. We will always remember them as young, fresh, in love and full of dreams. That, yes that is the optimal „happy ending“. And what does the author learn from this, from these wonderful insights? Does she let her protagonists come together and then just let them die young and unused? Is she sticking to her own, wise, understandable advice? No, not at all. She decided to let them get together. After all, that’s how they wanted it, the two of them, had begged the author, yes, downright begged. Well, they should have their way, both of them, and then the author resorts to the last remedy she has left, to let the story end at this point. Let them see how they get along with each other. Let them scoop up what they have gotten themselves into by their own will. And then it happened, the classic „happy ending“.