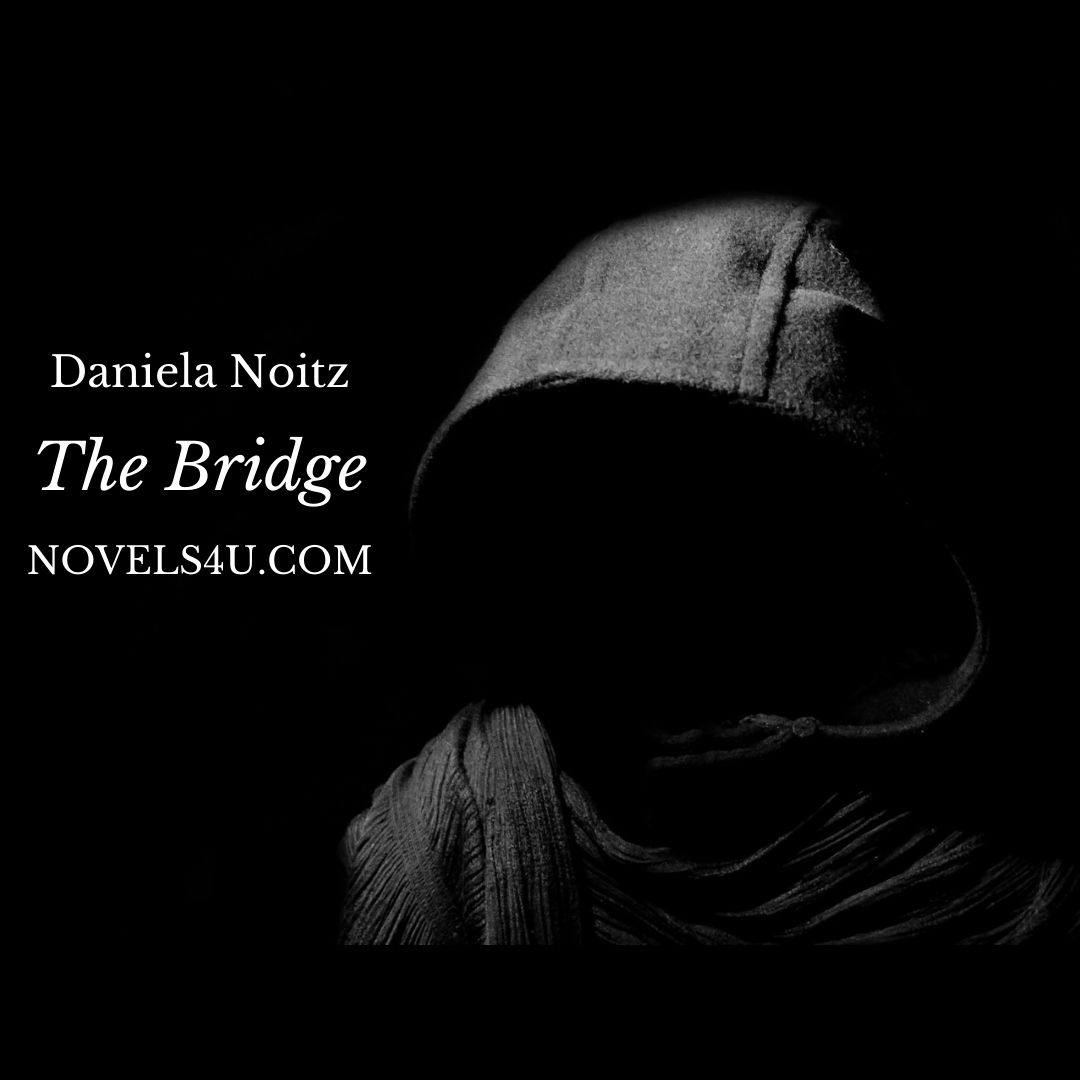 „I want to stay with you, stay you.“, you said when you woke up and nothing had changed, neither in the progress nor in the remaining. „Then stay with me, stay me.“ I answered when you were given back to me, from the arms of sleep, in this moment. „I can stay as long as you narrate to me,“ you said, and so I started to tell.

I was awakened in the twilight, as always. No, just almost as always, because if it had always been, I would have sat at my footbridge, but in this one twilight there was something that led me away, seduced me into leaving. Without a doubt, I followed the familiar path, which then led to another, a less familiar one, which in turn led to another, and so on. I don’t know how long I had been going this way and the path I was going was long completely unknown to me, but for some reason I knew it was the right path. Just like there was no other way I could have gone. I went on and on, without the slightest uncertainty, as the moon strode over the firmament, following its tried and tested course. I reached a bridge that connected the field I had crossed with the place across the river. It seemed to be the only connection between the hereafter and this side of the river. It was a rough, stone bridge, probably firmly attached, but built in great haste. I was sure that I had never been to this place, by this bridge, and yet I recognized it again, just as I would recognize my footbridge, my meadow, my pasture when I returned, as sure as if I had myself I can spend my whole life letting this bridge become familiar to me. But I couldn’t, just couldn’t be. Was my imagination playing tricks on me, as it has often done before? Or was that a memory that was so buried that I couldn’t admit it to myself? I took a few steps up the bridge, my hand on the stone railing. … five, six, seven, eight, nine, ten – I counted automatically. Exactly ten stones, up to the gate that divided the bridge in the middle and which could be closed in an emergency, so that the place was inaccessible. But what danger did the residents of the village have to protect themselves from in the middle? I went back over the bridge, did not dare to cross it, did not dare to enter the place. When I got back to the beginning of the bridge, I saw a girl sitting there. She had made herself very small, drawn up her legs and wrapped her arms around her knees, so small as if she wanted to make herself invisible, and she almost succeeded in her dress, which was as gray as the stone, on the she pressed herself. I estimated she must be about ten years old, only her eyes looked faded and tired. Why was she sitting there? Why wasn’t she in the village on the other side of the bridge, safe? Why was she sitting here in the dark and not lying in her bed? I knelt in front of her, untied her arms and took her hand. I wanted to bring them into the village. Only then did I notice that the gate was locked. So, I took her with me on the way back. When we had already walked so far that the bridge and the gate were barely visible, I turned around again and saw a large, dark figure approaching the bridge quickly and accurately. It was wrapped in a long, wide cloak so that it was impossible to tell whether it was a man or a woman. But I knew it, suddenly it was there again, all the remembering and the horror in the remembering.

The frightened girl who held my hand was myself, in one, at some time, and the dark figure who approached the bridge so quickly and impetuously, that was the man I had been sold to, in that one back then when I gave in, when I didn’t know how to defend myself. It was for the good of the village, they said. To sacrifice a little girl was much less of a loss than burned fields and robbed houses. So, it was decided. A minimal sacrifice for the good of the community. What does a small human life count when hundreds can be saved as a result? So, everyone had agreed. It was decided, over my head, without my consent. „It is a great sacrifice that you make, and we will always remember you.“ They tried to encourage me. „You leave us with the uplifting feeling that you have stood up for many people and their happiness and advancement,“ they continued. But I hadn’t felt sublime, just small and lost. So, they put me at the end of the bridge. “What if the monster did not cease to tyrannize our village? Then their sacrifice would have been completely pointless.“, Isolated small voices had reported, but they had not been heard. Maybe they didn’t want to be heard. Yet they could have said they had tried to calm their own consciences. Not loud, not strong and certainly not sustainable, but at least something. “That was more than most of them had done,” they would later have pointed out. And that time I sat at the end of the bridge where I was sat, and they bolted the gate tightly. Why didn’t I run away, I asked the girl on my hand, just run away? It hadn’t been possible, but now, now it was possible. We were already turning away from the bridge to continue on our way when I realized that it was now possible for me to run away, more than let him go.

I left the girl I once was, that little, scared, paralyzed girl, and went back to the fiend. With my right hand I grabbed the narrow crescent of the moon and stabbed it right in his heart, and suddenly the monster burst, fell into the night and was sucked up. I had defeated them, my fear, my paralysis, and when I turned around I saw this shy little girl that I from this then, straightened up, grew to unite with me. There was a part of me that I already believed lost, that I not only found again, but also saved. I had stepped out of the victim role into that of the doer who controls their lives and no longer lets them be guided.

I was whole and healed that night.