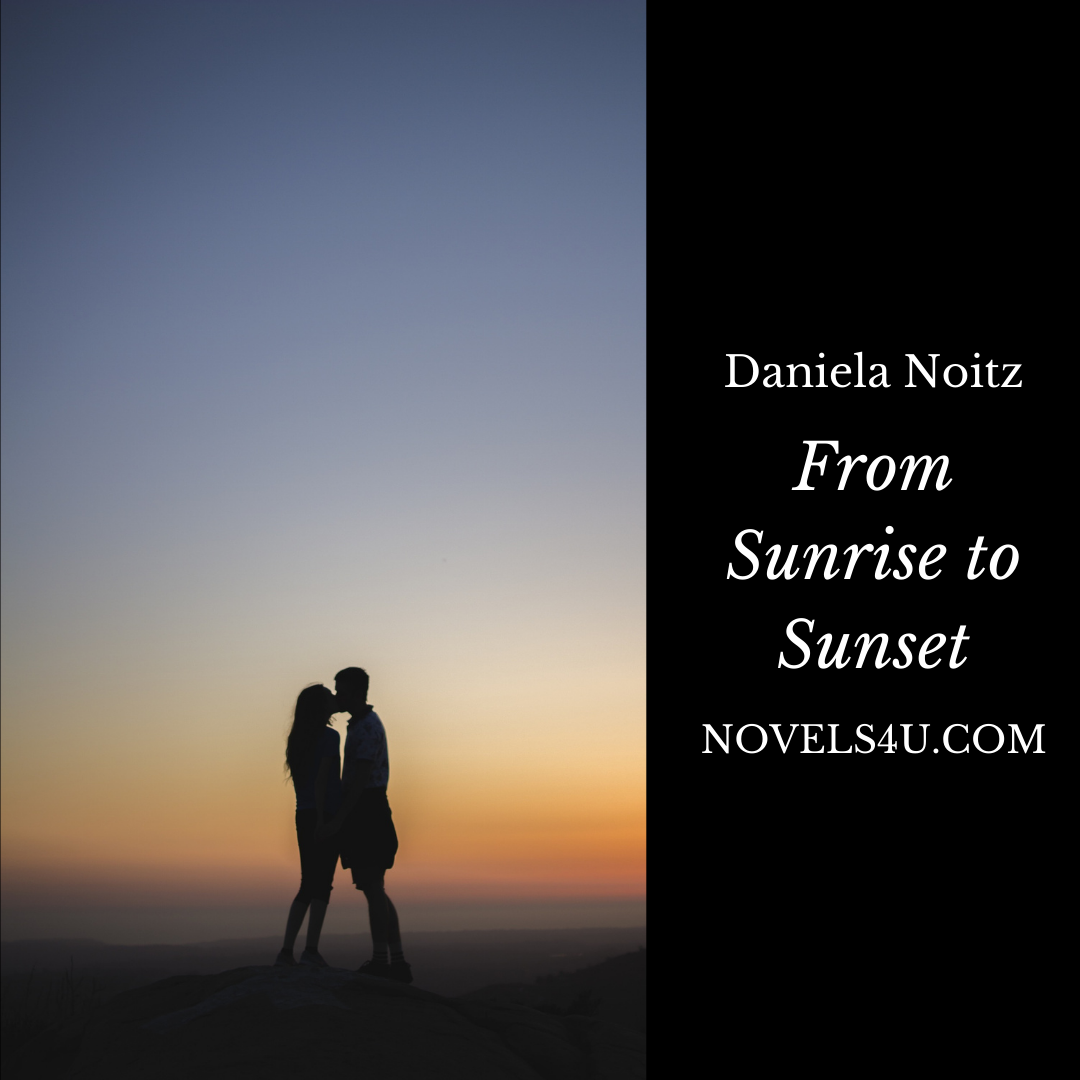 If you think that there is nothing left that can surprise you.

If you think that you know everything and have seen everything.

If you think you have explored and tried every path.

If you mean that life is moving forward as it is used to.

If you lean back and think, now it’s good the way it is.

If so, then the sun rises again and you realize that life can still surprise you because it is an awakening like no other before, that you only thought you knew and saw everything because that the unknown and the unseen was in the dark that you only thought you had explored and tried every path because you could not see the others, that you were moving forward as you were used to, because you did not want to stumble, that you leaned back and thought that it was good the way it is, because you couldn’t know that there was more.

And the sun rises because an encounter happened, just like that. It was the time and the place and the openness for it. It was because it should be and because the light was there to see. An encounter. Nothing else. Nothing else?

And in the light of the rising sun the decision was made to go into the encounter and to stand in it. Perhaps it was not even a real decision, but rather a letting it happen, which can be when all isolation and defense have been revealed and overcome.

And it was in the light of the rising sun that was the light of a new determinacy. So that I found myself in your arms and our lips united. It was letting it happen, but also wanting and being ready.

And it was the light of the rising sun that only rose for us. Filling the threadbare imagery with life that we both love so much, that smiles at us. Can you then reject the life that is so open and generous if you really love it?

And we took each other’s hand to let each other surprise us, to discover the unknown and the unseen together, to explore and try out the path that we opened up, to venture into the unfamiliar, to set out into this new day.

And it was the light of a rising sun, which was not outside of the normal, but in the middle, a free space, a different life, a utopia, a dream, only for you and me, to see what will become to us, what we can be to ourselves. As long as we are in it, there is nothing to consider, nothing to calculate. Waste and devotion and exposure are the categories that count here. And so, I want to be close to you, as close as possible, want to feel you around me, feel in me, want you completely, let myself fall into you, unreservedly.

And the light of the sun advancing on the horizon grew stronger. Warming and illuminating and uplifting. We see the possibilities that are offered to us, that we can offer ourselves, because the space that initially seemed so cramped, restricted by the sobriety of the factual, became wider because we allow it and gradually find our way around it better and better. Because we find our way around better and better.

If you had kissed me, in the light and in the light of the rising sun, it might have been nothing more than a kiss that played around the lips, but then it became a kiss to awakening. So that I rose into this dream that brought me a new piece of life. To see me in a new way. To experience myself in a new way.

In the light of the rising sun you kissed me awake and in the light of the advancing sun you kissed me away into a new liveliness and sensuality. To experience myself as a unity for the first time, that the body is reconciled with the mind, because you embrace me as a whole. And during these hours in which we live our dreams, we live the indivision that is so good because the wounds heal because the scars fade. It may be. It is. It is in these hours and also in those in which we move in that life that we call normality. I know myself to be surrounded and protected by your being with me, by your thoughts, so that the dream lives on and is, from one time to the other.

We have risen into the light of the rising sun and go with it as it progresses. Nobody knows how far it is already, and I don’t want to know either. It will go under again, and then the newly found paths will disappear again in the dark, but the fact that we have walked, experienced and animated them remains in me, just like the encounter and you, because you gave me something, what was not before and what will never be again. To be alive from sunrise to sunset.