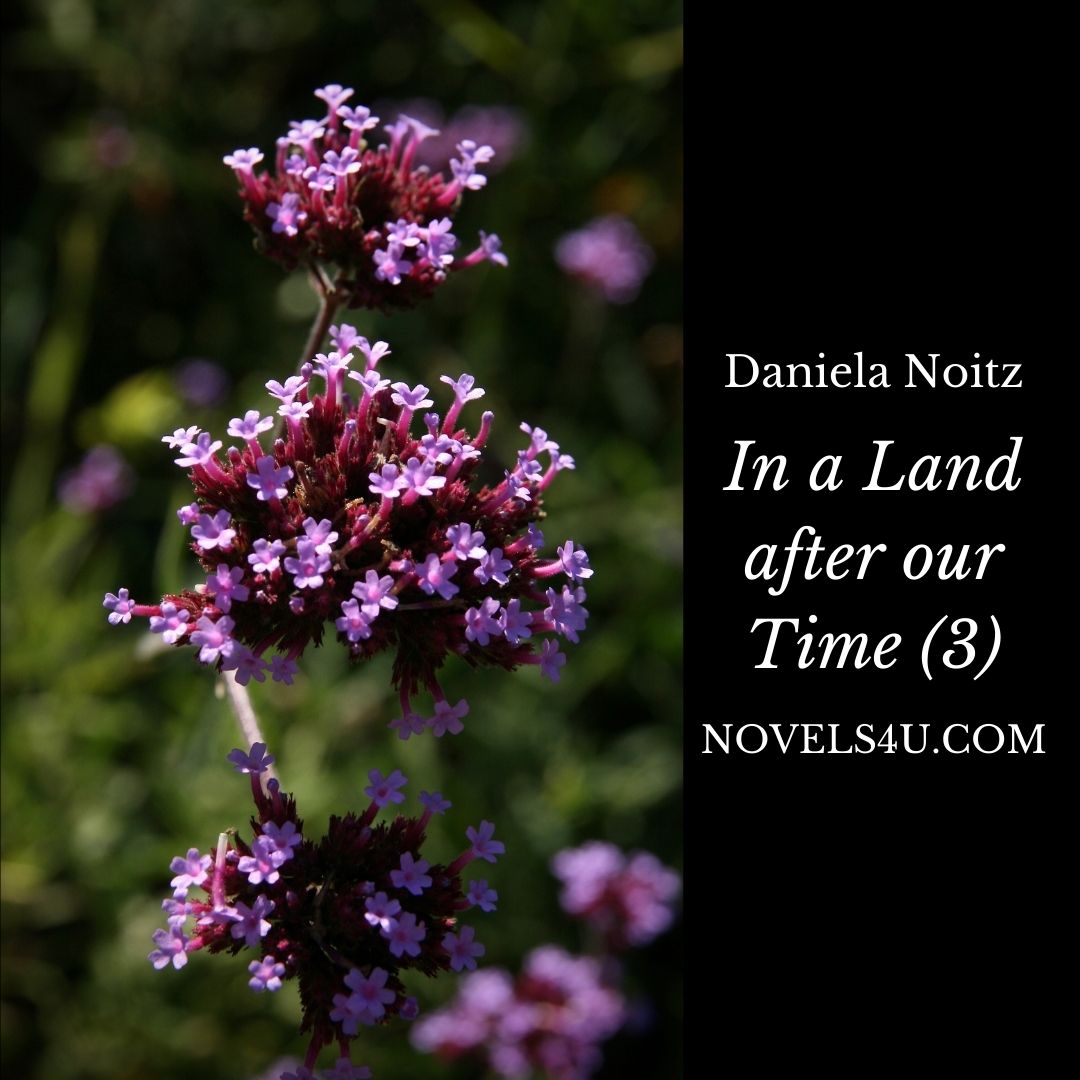 “And what can be better about being born in a certain country? You can’t help it?” Interjected Raphael.

“Completely correct”, Lilith agreed with him, “But it was also the case that back then there were a lot of poor countries and a few rich ones. Austria, for example, was one of the richest countries in the world. That is why many people from poor countries tried to come to Austria because there was not only poverty in their countries, but also war. But Austria has closed the borders. That works if you are a nation-state. Many died, starved, frozen, murdered at that time, and those who were responsible sat dry and full in the warmth and also looked down on these people.“

“What is war?” Magdalena wanted to know. It had come from Lilith’s lips as a matter of course, this word that she should have known that her children couldn’t do anything with it, because without nation states, wars would no longer be necessary.

„That’s when people shoot each other for more power or more land or more influence,“ Adam tried to explain, and when he said it that way, it sounded even dumber to his ears than it already was.

„Nobody needs that when everyone gets their share, what they need,“ Magdalena explained straightforwardly, so that Lilith involuntarily thought how happy this life was when you only learn about things like war and nation states from stories.

“What a happy life we lead,” said Lilith, summarizing her thoughts.

„It was really damn close back then,“ added Adam.

“What was scarce?” Magdalena wanted to know.

“We were on the verge of destroying our planet,” said Adam, “It was getting warmer and warmer on earth, unnaturally warm, so that the polar ice caps began to melt, more and more terrible natural disasters set in. Hurricanes in areas where they had never happened before. More and more animals died out because they couldn’t adapt quickly enough.”

“And then there was the upheaval?“ Asked Raphael.

“Yes, finally, because the fear of the consequences was finally greater than the fear of changing something,” said Lilith, “You know, if you’ve never seen anything else, then you think it can only be so. What’s more, you even believe that it has always been that way. We only know what we see in our little life. And people were so afraid of the change because they didn’t know what would come afterwards. You’d rather accept the bad before you stand up for something good that you don’t even know whether it really works.“

„But that’s stupid,“ Raphael said straight out, „If you have all the relevant information, nothing can go wrong.“

“You see it that way,” said Adam thoughtfully, “But whoever believes fearfulness and agitation and not the information, is afraid of the new, because he was told over and over again that it was not good, until one it believed. But at some point, such a house of cards made of lies collapses if only enough people are no longer willing to believe in them.“

„But humans are reasonable and rational,“ added Raphael, who still did not understand how one could act against better knowledge and conscience.

„He is, at least theoretically,“ Adam agreed, „But the people back then were neither rational nor sensible, they were superstitious and scared.“

„But what about your own thinking, your own opinion?“, Raphael persisted, „It is a general rule that everyone has their own opinion and is allowed to express it.“

“Yes, that’s right,” Lilith agreed, “But it was a dark time. People only believed the truth that was presented to them. They didn’t have to think for themselves. And then you have to imagine that they had to work constantly in order to be able to consume and then they also had to use what they consumed and at least protect them from others, because they also lived in the constant fear that someone would take something away from them, above all those who had no work and no money and could not consume. Most people did not have the time and energy for their own opinion. It was much easier to get another one. Mainly because the majority did so. And the majority was always right. They believed that too.“

„And what about those who had their own opinion and would not let them be taken away from them and tell others about it?“ Magdalena now asked.

“For a long time, it was possible to ridicule them, to make sure that nobody listened to them. But the tide turned, especially when it was almost too late,” explained Lilith.

“I am so glad that I am alive now,” Magdalena declared solemnly.

„Well then let’s go to bed,“ said Lilith, „Tomorrow is another wonderful day that is waiting to be lived by us“

With one accord, full of gratitude and confidence, they went to their house together. It was good to be there.