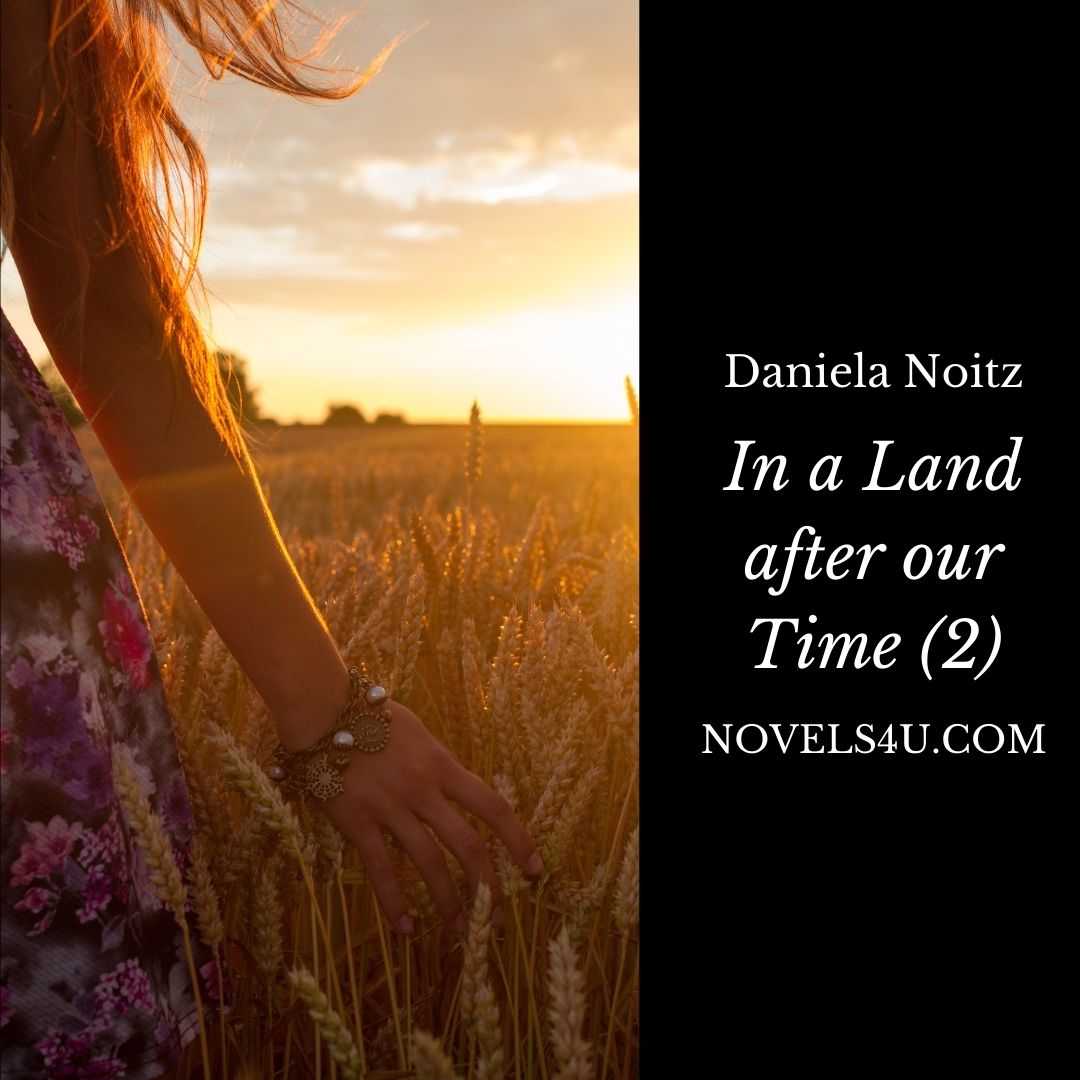 “Yes, I think so too, but that was the way it was back then. And that’s why you kept doing more and more things and throwing them away until there was no more space to throw them away and the earth was just about to break. That’s what I meant by the train heading towards the abyss,” explained Lilith. How nice it was to experience that Mrs. Knapp, the once lonely woman, was now almost besieged by children who all wanted to hear her stories. There was no longer any room for loneliness.

„What are you going to do tomorrow?“, Adam suddenly asked his children.

„Tomorrow we’re going to harvest, apples first,“ replied Raphael like a shot, who was already looking forward to the first apples this year.

„And I think the potatoes are already,“ Magdalena interjected, „And then we go to Ms. March, who shows us how to sew.“

„What you need, what is important, you learn in life,“ said Lilith, „Above all, independent thinking and decision-making. That is very different from our time.“

“Yes, completely different,” Adam agreed, “Instead of being made into good citizens and consumers, it is about a successful, self-determined life. Instead of wage labor, life’s work.“ “What is work?” Magdalena wanted to know.

“That’s when everyone does something different. So, one man makes shoes and another sits in the office and another is a street sweeper. And only that. People got money for that, kept doing it for as long as they had to. And then they retired, a part of their life in which they no longer worked and got the money because they had worked for a long time. But they weren’t really useful anymore,” Adam tried to explain to his children, and noticed how he immediately fell back into a language that might have been appropriate at the time, but at that time only caused astonishment.

“That means that back then only people who worked were of use?” Said Raphael, astonished, “But why do you have to be of use at all? If everyone does their part, then that’s good for everyone.“

“You see it that way now, because that’s how it is done. And that’s a good thing,” Adam agreed with his son, “But back then, before the big strike, it was completely different from the way I described it. There was less and less work. Fewer and fewer people were of use. And that was the only thing that mattered back then. The rulers were of the opinion that they had to play people off against each other, just to get votes and to continue to rule. The people who had work and thus useful against those who had none, and thus useless. They wanted to prevent people from even thinking that there could be another way. Because otherwise they would have lost their power.“

„Power over whom?“ Asked Raphael, and Adam saw that the enlightenment that had been heralded with Kant was finally being carried out.

“Power over the opinion of others. Makes it possible for others to be able to tell how they have to live so that very few would be well. That was then,“ said Adam, „and then there was the matter of the nation states. So that was already one of the greatest throws that had succeeded, so its abolition.“

“What is a nation state?” Magdalena asked.

“At that time, a nation state was a precisely delimited area within which the so-called citizens lived,” Lilith now tried to explain, “These states had names and thus their inhabitants. So, we lived in Austria and were Austrians. There were a lot of others as well. And many were terribly proud that they were born in a certain country and that they were much better than everyone else.“