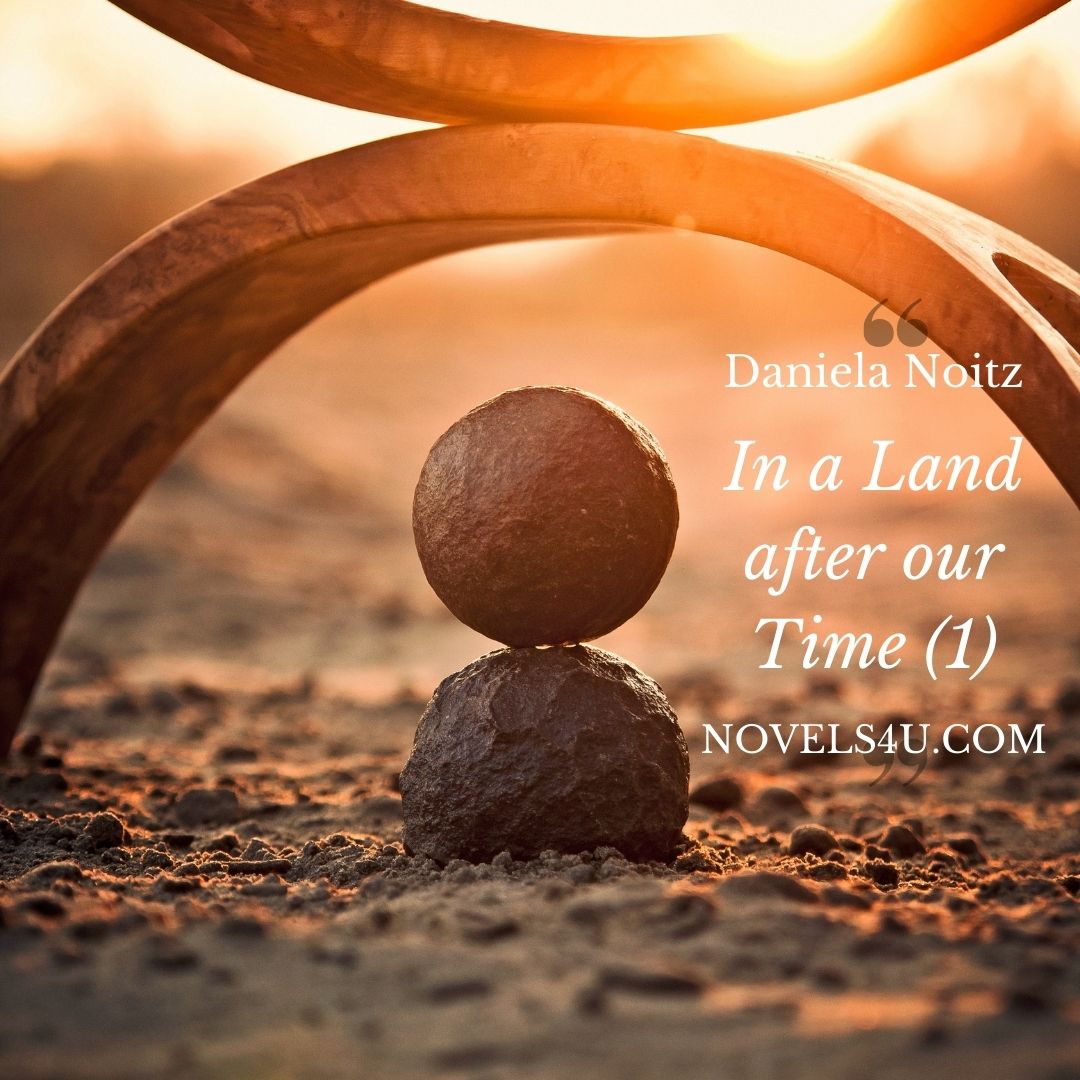 Lost in thought, Lilith looked at the starry sky, her head nestled in Adam’s lap, who was leaning against the trunk of a tall birch tree on which a chicken had taken its night quarters. Until recently, everyone from the house association was sitting together, everyone who wanted to and mostly all wanted to sit here and chat. Poems were spontaneously recited or songs were sung. Just because life was fun. Because it was. Lilith shivered a little. The approaching autumn was casting its shadows, but she still wanted to stay here. A little while longer.

“That’s right,” agreed Lilith, “The people who fit and complement each other. Just think of Frau Knapp with her wonderful stories. Before, when she was totally unhappy, she sat alone and isolated in her small apartment and no one took care of her. The children, the grandchildren somewhere far away.“

„And then came the upheaval“, added Lilith, „Could you still imagine that everyone lives for themselves and has hardly any contact?“

„No, it has only been thirty years since all these changes were tackled,“ replied Adam, „And it already seems to me that it has never been any different.“

„Maybe because we don’t even want to imagine it anymore,“ said Lilith with a laugh, „A world in which life counts for nothing and the earth is hopelessly exploited and no animal is allowed to live in peace.“

“There is no other way,” said Adam at the time, “and then we went out into the street. At first only on Fridays, then when it still didn’t work, we stayed. At first, they wanted to force us. But it wasn’t that easy, because more and more adults, including decision-makers, took our side. Because they no longer saw any sense in the fact that we should go to school, where humanity is racing towards its downfall. The first thing to do was to stop the train, which was being directed faster and faster towards the abyss.“

„What is school?“, a somewhat frightened voice penetrated them from the darkness.

“Come here, my darling,” Lilith asked her daughter Magdalena. She willingly sat down with her parents, followed by her brother Raphael.

„And why is a train hurtling into an abyss?“ she asked further.

“School, that was a house that all children had to go to, back then, before the fall of the Wall,” Lilith began to explain, which was not easy for her because it still sent shivers through her body. “Then they stayed inside for so long until they were allowed to walk again and learned, always 50 minutes, one time and then the other. Math and geography and all sorts of things, just a little at a time. Their heads were filled with knowledge, but no one told them what to do with it. And because there was no point in going to a different house every day after school, which was then called work, in order to be able to buy things with the money. And whoever had the most things was considered the most.“

„I think that doing things is much better than having things, and friends and Frau Knapp,“ interjected Magdalena. Lilith looked pensively over the small cluster of houses that were built around a central square. All of them were self-sufficient houses, i.e. those that generated electricity themselves, collected water and also recycled it without consuming any resources. Each had its own inner garden and gardens were also laid out around the houses. The 50 or so people who lived in such a group of houses were able to provide for themselves very well. Individual settlements with plenty of space to run around, but also relax in nature. Forests regenerated. Hunting had been abolished. In the beginning, a regulation management had to be used, but this was gradually withdrawn. Golden Jackal and Lux had made their contribution. Killing was frowned upon. Wild cattle and sheep and goats grazed next to the arable land. You didn’t have to use it anymore. Hardly anyone ate more meat, used down or leather. Fur was frowned upon anyway, at least on people. And if you really couldn’t get rid of meat entirely, you would get a feather from a chicken and breed it yourself in a test tube. It was gladly not seen, but it was tolerated, just as one tolerates small, human weaknesses. Since this global change in diet, not only has the consumption of resources declined dramatically, but also the costs of health care. The people worked together in the gardens, supplied themselves with fresh fruit and vegetables, regionally and seasonally, so that they stayed healthy. Transports could also be kept to a minimum and something like private cars was hardly known any more. There were also few reasons to leave, and when they did, public transport was used. Nobody was in a hurry. Even the textiles were made regionally, preferably from hemp and flax.