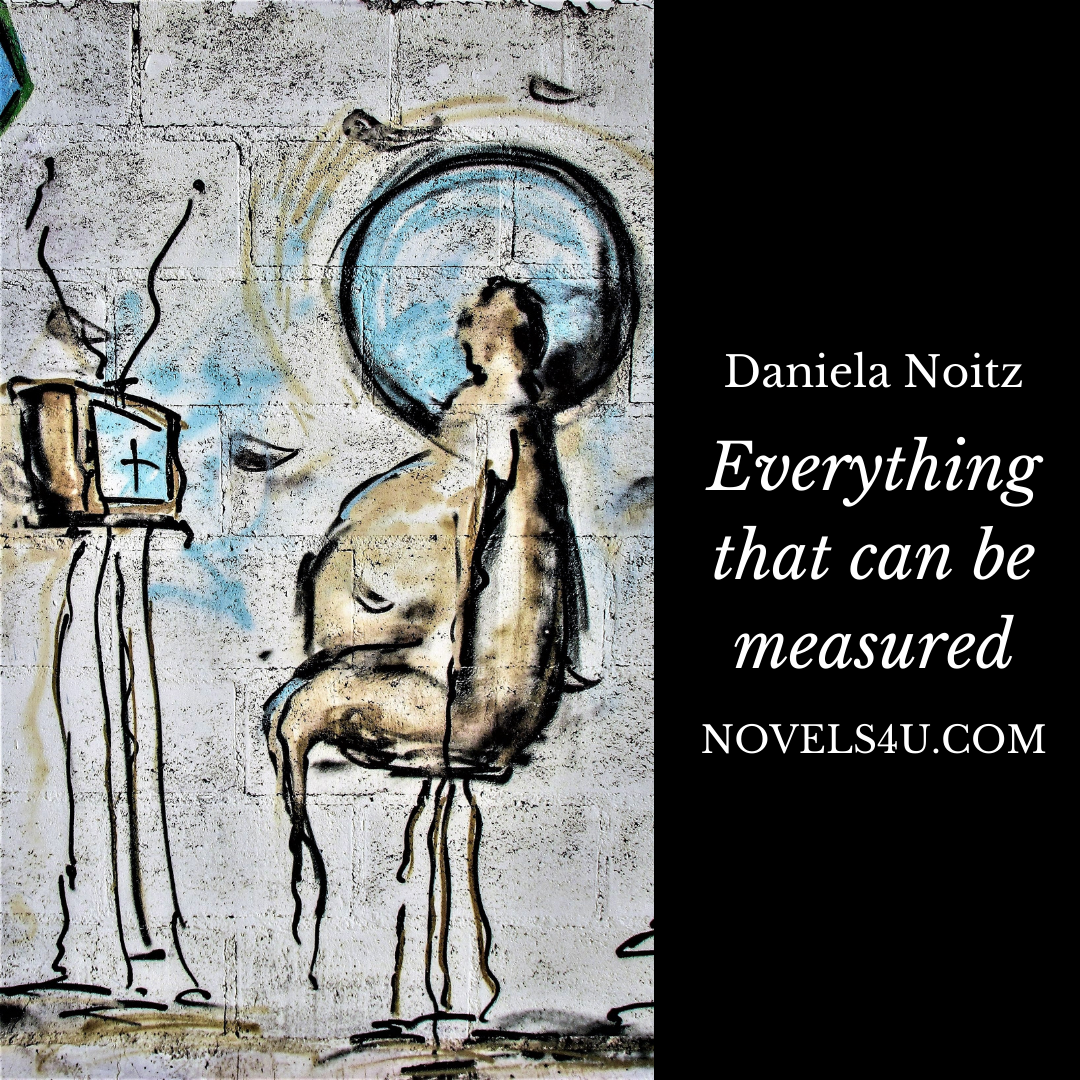 A child is born. Untouched and unencumbered. No, that is not correct. Checks are carried out months in advance, on the ultrasound, during the examinations. Is the mother also behaving well? Doesn’t she do anything stupid? Does she not take any headache pills either? Is she sparing herself enough? Isn’t she just lying around? Has she gained enough weight? Hasn’t she put on too much? Measure – waist circumference and blood pressure and weight. Measure – child’s heart sounds, size. Calculate – expected due date. Already during the nine months in which it should be protected in the mother’s lap, it is already under strict surveillance. All for the best of the child, all for the best of the mother, and then the results are entered into tables and these are compared with other tables to see if the child is within the norm. Is it like everyone else? Is it developing like everyone else? You just wish that the child would be normal, that they would fit into the norm, and all before they even see the light of day.

And when the time comes, it is immediately removed from the mother. It has to be weighed and measured. It can scream what it wants. It has to be immediately. Half an hour later, a first meal later, it would be falsified and would no longer provide any meaningful data. It continues in the crawling group.

“My child was able to sit up at five months,” it says. And “My child was able to walk at eight months. I know it shouldn’t, but I couldn’t control it,” they say, and if a child has nothing to show that they could do faster, then you can still think that it is within the norm. One looks anxiously at the development table, yes, it is still the norm. Everything that can be measured is recorded because that is important. Then nothing. And when it comes to school, it is specified what a child has to be able to do at what age, what it has to learn how quickly. At the latest then you know that nothing is worth what has not been tested or belongs to the canon of school subjects. The child is good at mediating or has the power to protect others, from others or from himself, or he can listen and comfort well. All unimportant, because that’s not in the curriculum, and only that is measured, and only what is measured is good. Conversely, what cannot be measured has no value. What you don’t have a diploma for is of no use, because you can’t prove that you can. If the child is artistically or socially gifted, then it is nice for his leisure time, but it does not increase the gross national product. Getting involved with others or giving them joy? Well, that’s nice, but then you have to get into a social profession or make the world a better place. But how do you measure the improvement of the world? Not in monetary terms. So, it doesn’t matter. And then you send the young people out into the world.

“Quite simply, keep yourself measurable and predictable. Then you can see whether you are in the norm and then happiness will come by itself”, they are answered.

“But what is the point of all this? Everything is ready. Everything has already been measured and packed. We just have to take it. What else do we have to contribute? What is there still to do for us?”, they ask back.

“Such philosophical questions!”, it rings back indignantly, “Work, have children and see that you get something. Then you have no more time for such nonsense, but don’t forget, if you do, make sure you stay within the norm. Do what everyone does and it will work.” Perhaps most of them will shrug it off, but some won’t make it. You don’t want to be fobbed off. It is not enough for them to be in the norm. You want to find meaning in life.

“Go buy shoes!”, is the answer or “Have another beer!” But can it be? Was that really all then? Yes, because then the statistics will fit again, those of shoe sales and those of beer consumption. Then everything that can be measured is good.