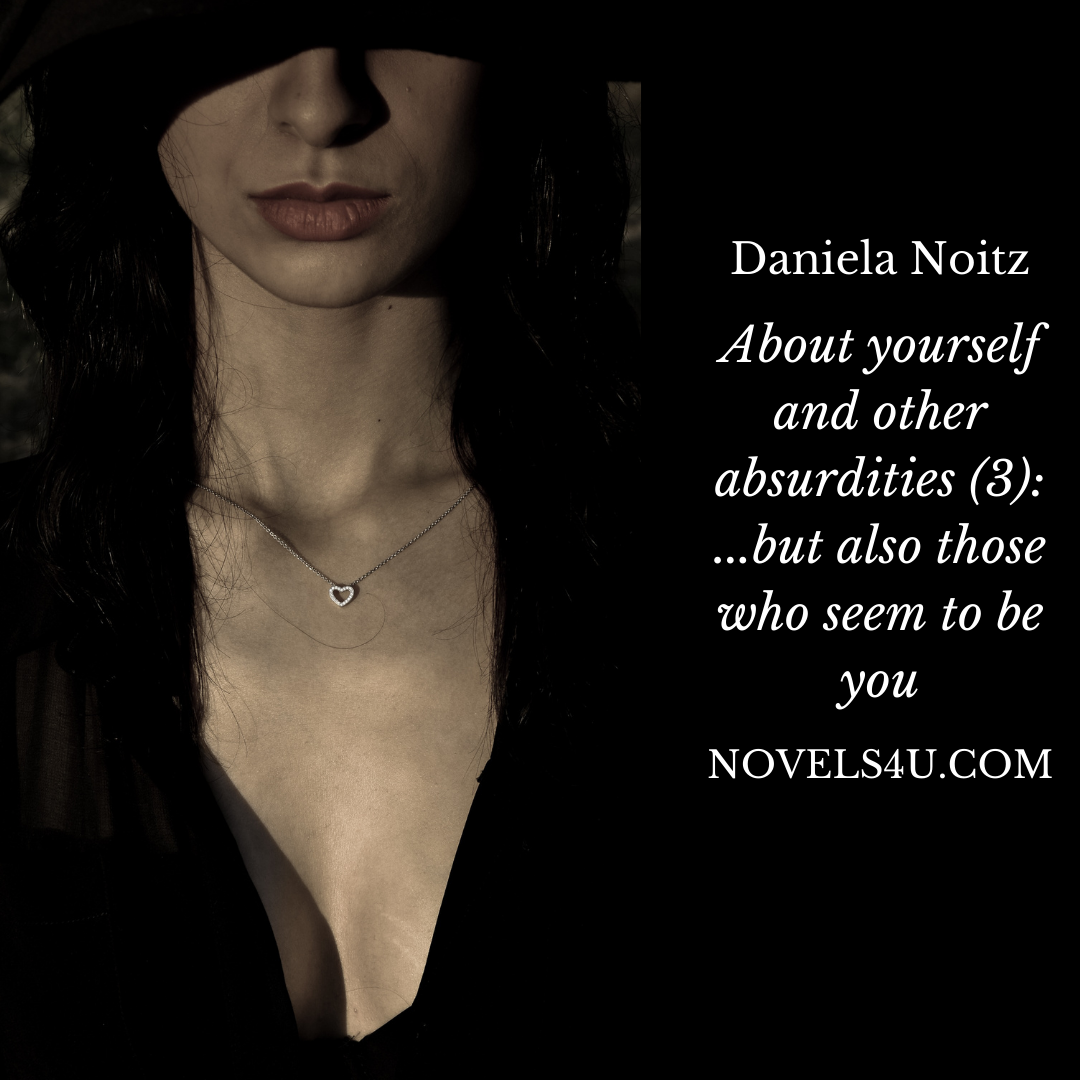 Immerse in water to get dry.

We could love each other when we are tired of hating.

The wind frees us from indolence.

Two men in white came down the dock.

He was still there.

Sat there and stared into the water.

No blink of an eye seemed to break his gaze.

We always only wanted one thing.

We imagined so much what you could be.

We always only wanted one thing, to live.

To be you for those who understood it.

Maybe it was just unconditional will that made him do it.

Maybe it was just the insurmountable pain that made him realize.

It wasn’t to be taken seriously.

But it was the hope that it could be fulfilled.

And the fallacy of disillusionment.

Faded memory, in a pot, boiled with spiders and tarantulas.

but when the hand passes through,

it penetrates the protected area.

Death hangs on her arm, stabbed, tortured and poisoned.

The poison permeates thought and knowledge.

There is nothing left to gloss over.

The hand that tried to hold breaks.

The look that tried to straighten up breaks.

What remains when nothing is left,

when everything comes to nothing.

Every grain a picture.

Did I say I would know you out of millions, millions and millions.

I would steer for you purposefully.

Nothing remains, except confidence.

No, sticking to the former claim.

None of this is workable.

Everything is in vain, but nothing is forgiven.

There is no guilt and no escape.

Everything is the same, and uniform, and nothing special.

In a room with no window and no door handle.

Without a burden and without a belt.

He has made himself safe there, from his enemies.

Still too much because there is still room for thoughts.

Still too expansive as there is still room for the picture of you next to him.

I never was, and he said it through the veil of oblivion.

The fog goes away.

He recognized his error as my lie.

I never wanted it that way.

They took him for his protection.

Only the last bed is no longer too big.

Just enough space for me.

They bring it back to where the non-functioning ones won’t interfere.

There are pills and therapies against it.

It is said that you can get it back halfway.

It will never be complete again,

but let’s be happy at least so far.

The guards take him away.

Despite everything, it’s actually a shame.

Maybe I could have learned more from this other world.