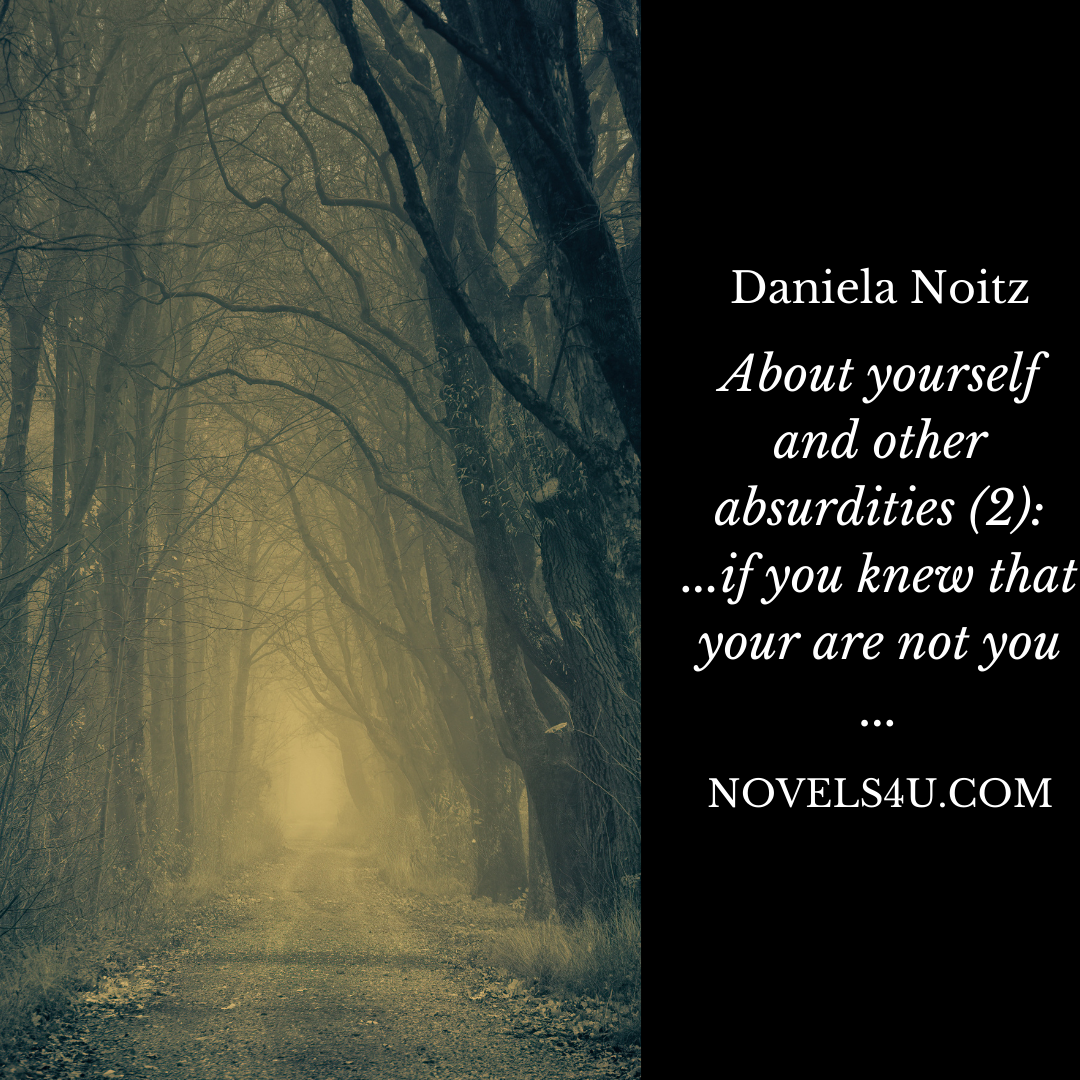 It was still a wonderful night, open and clear, but I couldn’t see it anymore. There was a meeting I didn’t know about and an exchange that I didn’t think had happened and now a threat that I wasn’t even aware of. In my mind’s eye I saw an island appear in Provence, where I had never been before, and the attackers holed up in the bushes. I closed my eyes, trying to get rid of this, and when I looked up he was still there.

„Don’t you want to tell me the code?“ He persisted.

„I don’t know about all of the things you said, and yet I don’t want you to be unhappy, especially if I’m to be guilty of something I didn’t do,“ I continued.

“So, you admit it, you don’t want me to be unhappy. So, you have to know me and feel connected to me. That’s the proof! „, He trumped now.

“It doesn’t mean that at all. I don’t want you to be unhappy like I don’t want to be for anyone else, no matter who he is or whether I’ve ever had something to do with him,“ I explained, saying that it was honest.

„You’re lying again, denying everything, the past and our feelings for one another,“ and turned to me after a long time. I saw with amazement how the expression on his face changed. The conviction gave way, astonishment appeared, and finally anger.

„I’ll tell you again, one last time, I’m not who you think I am,“ I replied, actually already resigned.

“I’ve never seen anything like that insidious. How could I have fallen for it?” He uttered suddenly.

“You finally understood,” I said accordingly, but it wasn’t, not at all.

“You are not who you say you are. You thought you could have taken advantage of my plight, take advantage of the fact that I could not see anything in my eyes because of the tears, wanted to smuggle you as she, but you are not who I mean, you hyena!” He burst out .

„But I tried to tell you that all the time,“ I replied in frustration.

“You, you let me run up, put me in full. But I’m not as gullible as I look. No, you will no longer fool me, no longer fool me. Not me and nobody else. I’ll make sure of that. I will go out into the world and warn everyone about you. You thought you could play your game, with impunity, and nobody would say anything, nobody would say a word about it, but I will do it. I will be the herald of what you really are, and no one will ever take you for what you pretend to be!” He announced, with a tone of conviction.

„For me?“ I remarked succinctly.

„For not me and yet not her?“ I asked further.

„That’s exactly what I’m going to tell the world about!“ He confirmed.

„How nice that we were able to come to an agreement after all,“ I said, but he didn’t seem to be listening to me anymore. His gaze was lost in the water