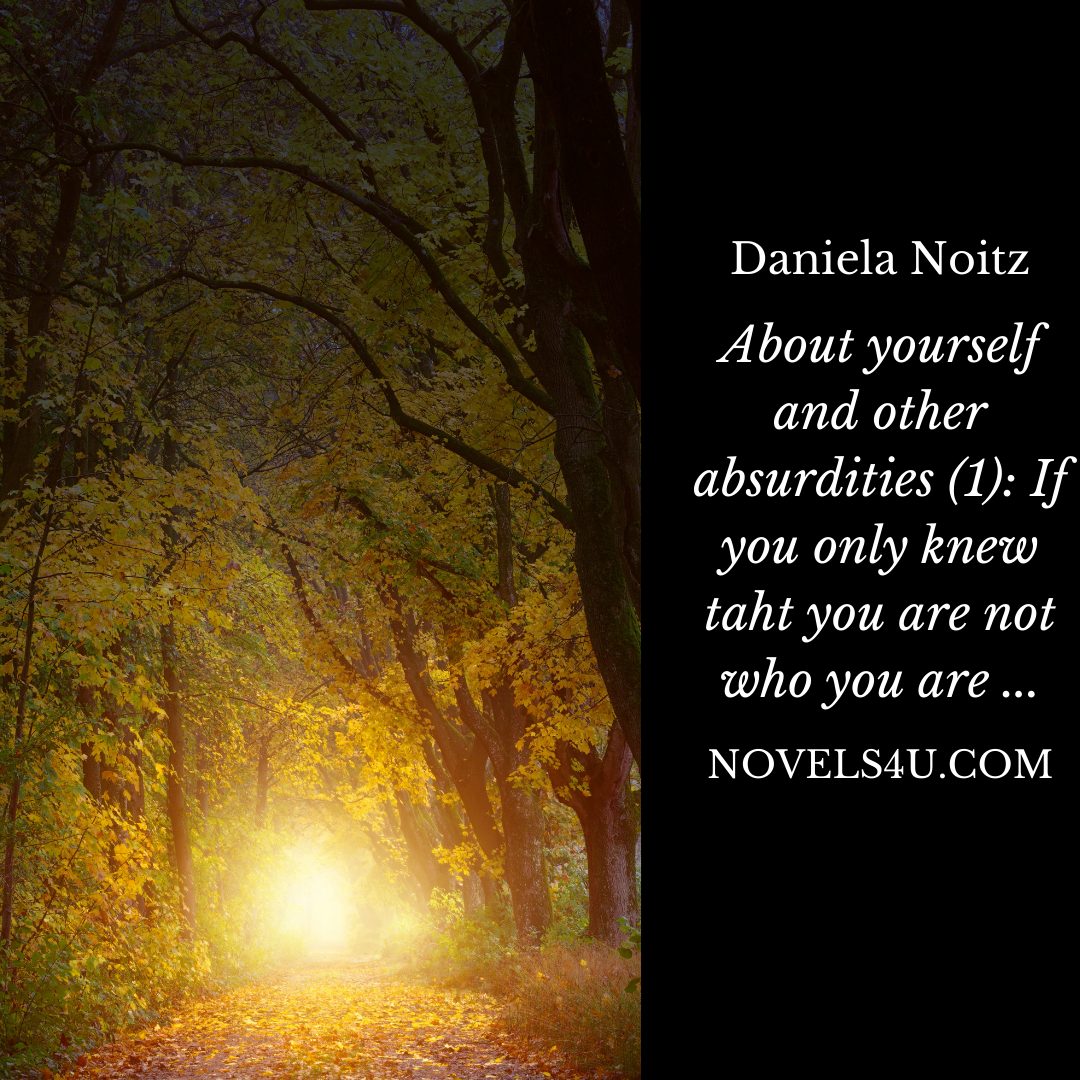 Openness and clarity lay in that night too. Nothing was determined. Anything was possible. Ordinary and absurd, and of course everything in between.

“I’ve been looking for you for so long. Why did you hide from me?”, He said straight to me when he came into this openness and clarity of one night.

„I am glad that you are here, even if we have never seen each other before and I do not know why I should hide from you“, I answered truthfully, and thought about whether he could mean it symbolically. Maybe he had an esoteric streak and thought he knew me from a previous life. Maybe he was just on LSD.

“You want to deny it? This is your trick, exactly your approach, but don’t worry, I’m still connected to you. You are always denying everything, no matter how obvious. Our meeting back then, our exchange. It was so wonderful. You said it too, then, and now, now you just deny everything. As if this togetherness had never existed. Why are you torturing me like that? Why are you playing such games with me? I suffer like a dog, and you, you are probably also amused,” he said, and it sounded convincing. Should I now start to doubt my memory. Had dementia overtaken me? But why should I forget exactly that when all the other occurrences were still there?

“I don’t know you, I know exactly. Why should I want something bad to you?” I asked skeptically, but also full of pity. Nobody should suffer, especially not from something that didn’t exist.

“She still asks. We do not know each other. Nothing but lies and deceit. The evidence is evident. Everything I gave you back then,” he said.

„Show me the evidence!“ I asked.

„Show me your evidence!“ He countered immediately.

„Show them to me!“ He repeated his invitation, negating the absurdity, not even that. Had he even heard it?

“I can’t show you anything that doesn’t exist. Tell me exactly when and where that should have been?” I tried again.

“Why can’t you just tell me. We’d do it so much easier and maybe talk of the same thing at some point,” I offered.

„And there are at least ten witnesses who were there at the festival on the island in Provence,“ he continued.

„I’ve never been to Provence“, I now trumped.

“Oh please, why have you been hiding for so long since then. There is nothing you have to hide from me. I understand everything. Even if I can’t understand why you always have to ruin the life that could be so beautiful. You are likely to be threatened. Yes, now I know, someone is threatening you and you cannot openly declare yourself, but don’t worry, I’ll protect you. Tell me the code,” he stuck to his opinion, and I no longer understood the world.