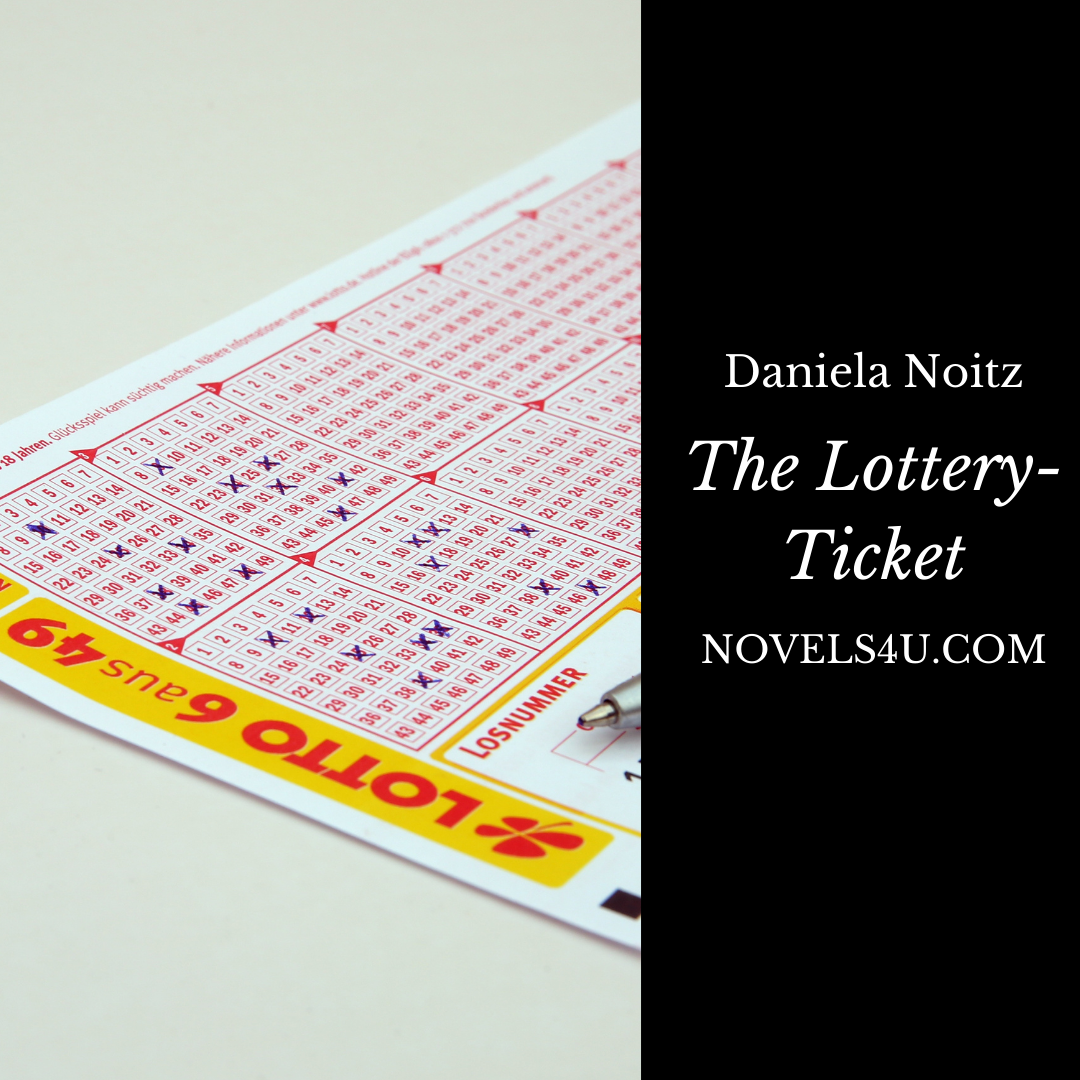 On this Saturday in May my mother decided to play the lottery for the first and last time in her life, because she was actually a thrifty woman and a little bit mathematical. She used to say that the chance of being hit by a plane in the subway was greater than winning the lottery. That was an exaggeration, of course, because the probability was greater than zero, but it was very illustrative. Nevertheless, on this day she jumped over her shadow and took a lottery ticket from the tobacco shop.

She wanted to play one tip. She couldn’t tell why that day. She just did it. And that wasn’t her style either, because she didn’t think much of spontaneity. A technical draftsman by profession, she was used to planning as much as possible in everyday life and avoiding the unknown. That went very well. She actually wanted to become an architect, but a technical draftsman, that was the greatest feeling for a girl in her day. After working in a planning office for several years, she married my father who happened to be an architect. From then on, they worked together. My mother had not studied architecture, but through careful studies she was able to hold a candle to any architect who studied. Nonetheless, self-study is not worth anything besides a proper diploma. My father came in handy because he could use her labor, but despite her competence, pay her like a technical draftsman. My mother put up with it and stayed thrifty. But on this Saturday in May, she struck out at the severity, her personal, and filled out a lottery ticket, so one single tip. So, she sat bent over the bill and considered which numbers to tick. At last she had found some that made a beautiful pattern and carefully painted her little crosses on them. It was already two minutes to six when she made her way to the tobacco shop. „If I make it before it closes, then it’s an omen, then I’ll win,“ she said to herself, and actually entered the tobacco shop in time. The lottery ticket was carefully placed in a sleeve and kept in her nightstand. Every evening from then on, she looked at the bill. “What if I won?” She wondered. There were 40 million schillings in the pot. „If I were to invest this profitably, I would receive 2 million schillings in interest every year, and if I only use 10% of that for myself, the capital would increase,“ she mused, thinking about traveling and studying, thinking about visiting of cultural events, and each time she put it back in the drawer to continue dreaming the next evening. So, it came about that she never redeemed the bill and it fell into the estate. Nobody cared about getting him. So, I took it because for me it was a memory of my mother. I have a weakness for such little things. My mother had never checked whether she had won, only dreamed of what if she had won. That gave me no peace and I began to research and realized that my mother had then ticked the correct numbers.