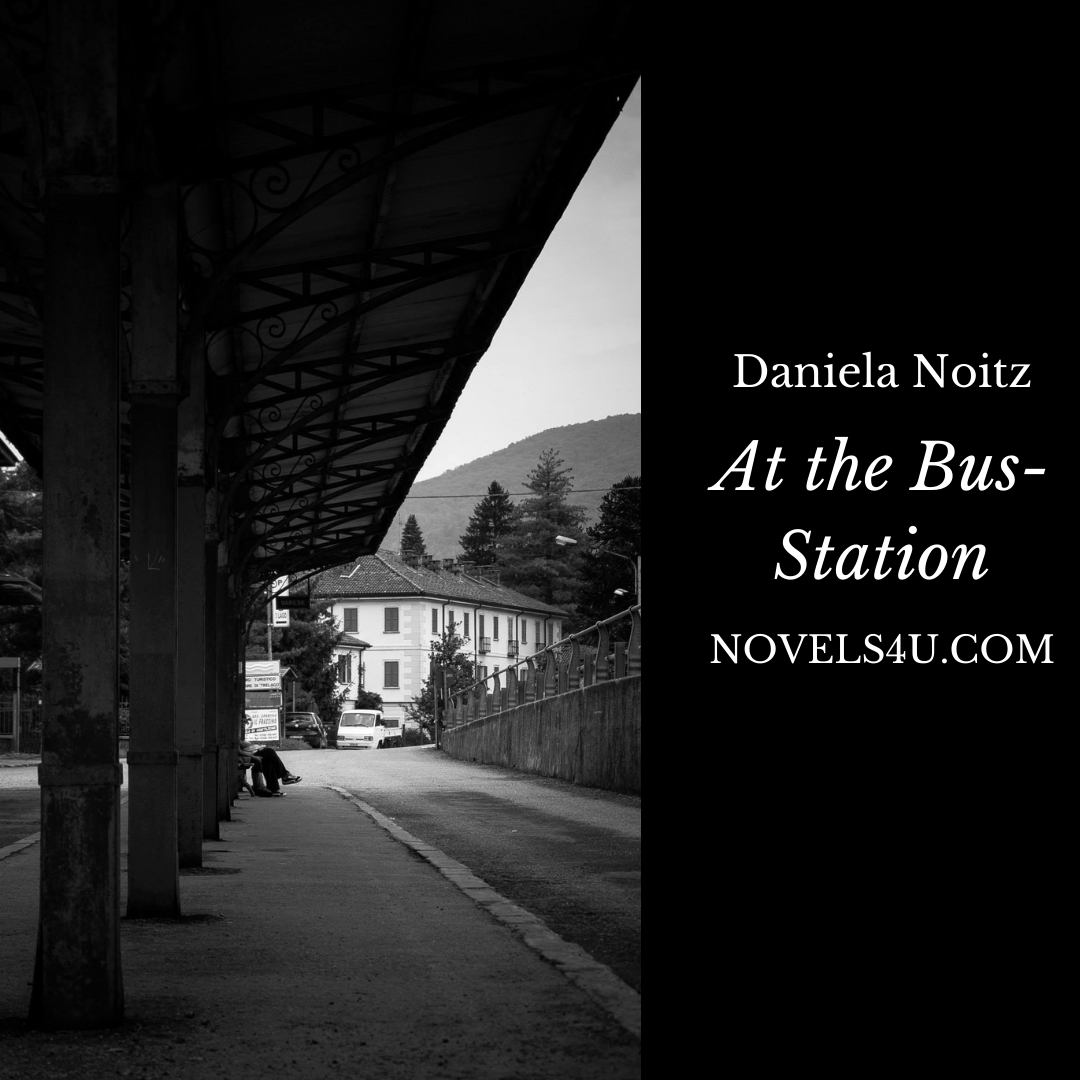 „Do you know when the next bus is coming?“ The young man asked hesitantly when he had been sitting next to her at the bus stop for some time. The woman he spoke to was a good twenty years older than him. She could have been his mother. Was that why he was ready to confide in her? After all, it had to sound strange since there was a plan there. No, she wouldn’t mock him, probably not even look askance, because he wasn’t able to understand this stupid plan.
“Someone keeps coming back. Nobody can say that exactly, ”she replied cryptically. She didn’t look at him, but neither did she look over him.
“But there is a plan there. So there must be scheduled arrival times, ”he tried to explain.
„Have you looked at the plan?“ She asked mildly.
„Yes, but I didn’t understand him,“ he had to admit, and he realized that it wasn’t difficult for him to admit it.

“It only applies to people who know where they want to go. Do you know where you’re going?” she asked further.
“Not exactly. I thought to myself, I’ll just drive away and see where I’m going,” he answered truthfully.
“Then it doesn’t matter when the next bus arrives. Whether he or someone else,” she replied.
„Where are you going?“ he asked now.
„I don’t know. At some point I started waiting here for a bus, not just any one, but a very specific one,” she said seriously.
„And which one?“ he asked interested.
„When he’s around, I’ll know,“ she replied with conviction.
„How long have you been waiting?“ he wanted to know.
“I think for a long time, because everyone who started with me has long been somewhere else. At the very beginning, you still drive together, so not all of them. Some have their own bus right from the start. After a while, the first separate and switch. Some keep changing. As soon as they have left one bus, they jump into the next so as not to miss a single opportunity. Others stay in the bus they have chosen because they cannot get off. No matter where the bus stops, there is nowhere to go, a point to stop. And still others, like me, are waiting for something special, no matter how long it takes, even if they don’t know what it is or how to recognize it, but when the time comes, I will recognize it. I know that for sure,” she ranted.
„Then I know which bus I’ll take,“ he replied confidently.
„And which one?“ she asked.
“The next, just the next. No matter what comes or where it takes me, actually it is nowhere better or worse than somewhere else, just somewhere else than somewhere else, but it’s always a place and it’s always the same,” he said musingly.
„You are probably right,“ she said thoughtfully.
And when the next bus came, they got on together. It was a completely normal bus because it was just like any other bus. That was what he wanted. But it was also a very special bus because they were sitting in it. It was only like this on this one bus and in no other bus. That was what she wanted.