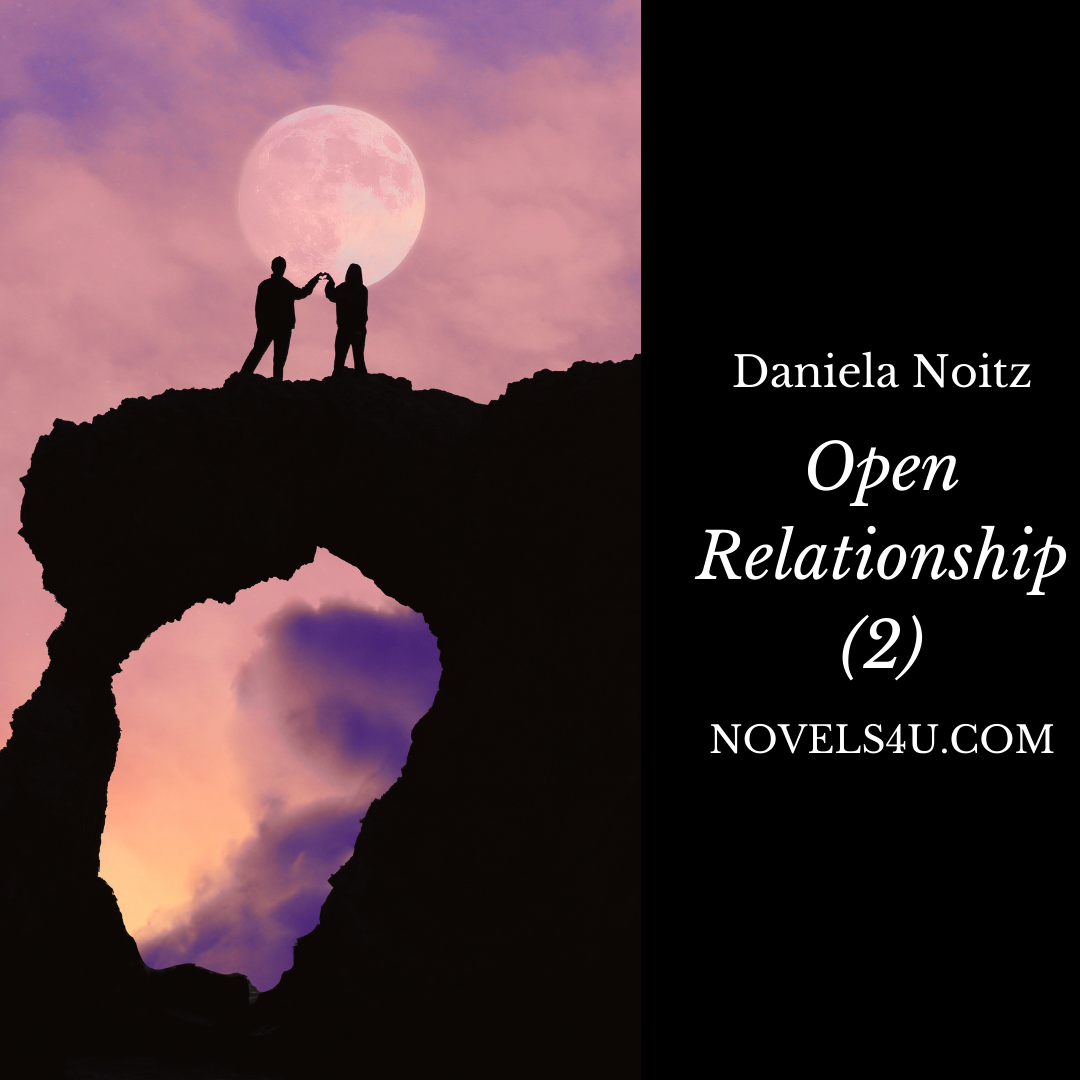 It was a short phone call in which he informed her that he had no time that evening because he had an appointment, but not with friends, but with a woman he had met and with whom he now wanted to go out to eat. She agreed, because it turned out very well, as she herself had an invitation from a man who had spoken to her that day. So they both had their first rendezvous outside of their relationship. It was a stylish restaurant he wanted to take her to so she would dress accordingly.
„You look lovely,“ he said when he met her at the entrance of the restaurant on time that evening.
„But you’re also very elegant,“ she replied, and was serious. He had dressed up for her. She felt how much he wanted to impress her. But her thoughts weren’t really on the point. Again, and again the thought shot through her head what her boyfriend would do with this other woman. Would he be as witty, funny and charming as she was? Whether they went to his home or to her?

„Shall we order?“, she suddenly heard an unfamiliar voice that brought her back to reality.
„Oh yes, of course,“ she hurried to answer, forcing herself to stick with it. Her companion was eloquent, his stories interesting and his thoughts testified to depth. It was all right. All four people involved knew. Nobody was duped. Why didn’t it feel right after all?
„Do you want to go dancing?“ He asked when they were back on the street after dinner. Of course, she did, because she loved to dance for her life. So, he led them into a small vintage-style dance hall, in which it still played real music, but at a volume that it was possible to talk without having to yell down. She was having a lot of fun, and yet, it didn’t feel right. Again, and again he took her to the dance floor, and she appreciated his sustainability. Around midnight it played its first cuddle song, and when he pulled her towards him, she couldn’t go on.
„I’m sorry, but I want to go now,“ she said suddenly.
„I know,“ he replied as well.
„You know?“ she asked confused.
“Yes, because that’s exactly what I tried with my last girlfriend, but I couldn’t. Call it twisted or old-fashioned, but even if everyone involved knew about it, I didn’t feel comfortable with it. And that’s actually what it’s about to feel good about yourself. If that’s not the case, then something is wrong,” he explained.
“And now I feel even shabbier because I actually knew it all along. I made a fool of you,“ she said ashamed.
“Yes, you have, but more you than me. But punishment must be,” he said with a smile.
„That’s true. What does this look like?” she asked willingly.
„It would be nice if we could become friends,“ he replied.
„With pleasure. You’re a great person,“ she said happily.
„And now you want to go home, I assume,“ he said.
„Yes, I want to be a little alone,“ she said shyly.