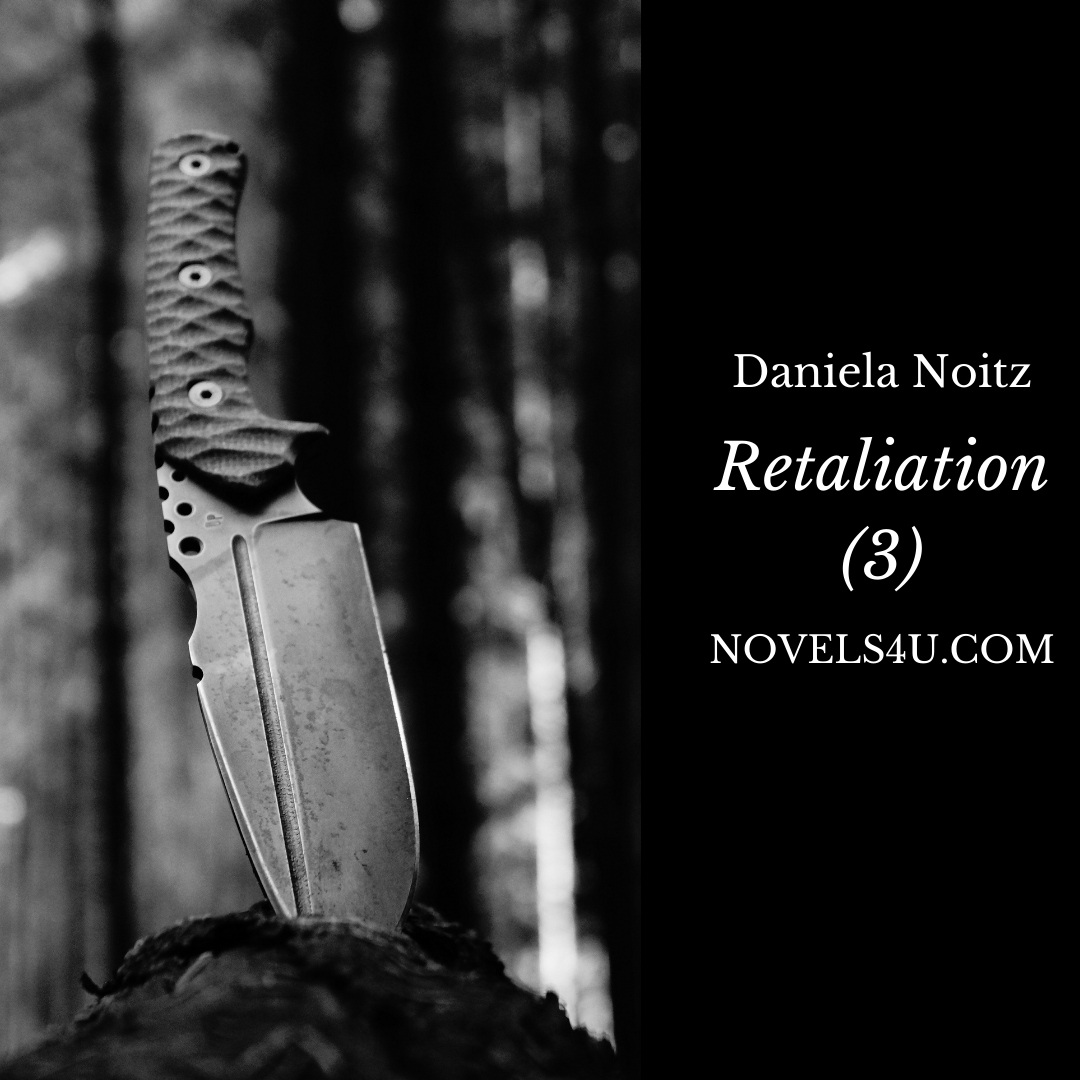 „Don’t worry, it won’t take long,“ said Nele, who had sat down next to him, reassuringly, and in fact it was Stephan, as if it affected someone else. This fog grew stronger in his head.
„You cut off my penis?“ He asked in amazement as he looked down at himself and saw with difficulty what had happened.
“Yes”, Nele replied briefly, “But you won’t feel much. It’ll be over soon. You will be bleeding to death within a very short time. „
„But why did you do that?“ Stephan continued, while he was noticeably weaker.

“Because something like that did that to my mother and me. At that time, she was raped and she became pregnant. The man was respected and married, and my mother was poor. They said she had seduced him and chased her out of the village, calling her a whore and an adulteress. My mother didn’t know where to go. So, she ran into this forest and found the hut that was abandoned at the time. As best she could, she settled her life here and learned to survive, here in the forest. I learned everything I know from her. She was a smart woman, but it’s my fault that she has to live here. It’s my fault that she had to leave home. I am to blame for all of their misfortunes. That’s what I’ve been hearing all my life. And that’s why I make sure that you can’t do anything like that to any woman,” Nele explained.
„But I haven’t …“ Stephan tried weakly to say.
„Maybe you have. Maybe you haven’t. It doesn’t matter either. Men always want one thing, and if they don’t get it, they take it. That’s it. It was that simple. With you and with the others,“ said Nele. The others, thought Stephan. Now he also knew where his friends had gone. They too had fallen victim to Nele, had been seduced and had to die for it. „You shouldn’t talk and think so much,“ said Nele, and her voice sounded like it came from afar. „But what about your mother?“ asked Stephan.
“She sleeps and won’t wake up again. I made sure that she can never blame me again, that she will never blame me again,” Nele replied. So that was the reason for the decay and death smell in the hut that Nele tried to cover with all the lavender.
“You won’t get away with this. You will discover it,” said Stephan weakly. Then he passed out. He should never open his eyes again. Nele sat beside him pensively. Maybe one day they will discover it. Maybe I won’t get away with this. But it doesn’t matter, she thought as her gaze wandered pensively across the clearing. Finally, she pulled herself up, put her dress back on, and dragged the dead body into the forest, where she dropped it into a pit that she had already prepared. While she was shoveling the hole she wondered if it wasn’t about time to dig her mother in here too. People would come back and look for Stephan like the men who had been there before. They would turn back without having achieved anything, but if one should ever dare to enter the hut and find the mother, discover the cut on the neck, then it could happen that they looked more closely. Nele didn’t want to risk that, but there would be time for that tomorrow. Instead, she picked up dry twigs from the ground. She would light up the stove because the nights out here in the woods were still fresh in June. She would be warm and cozy in her hut, and sleep well.