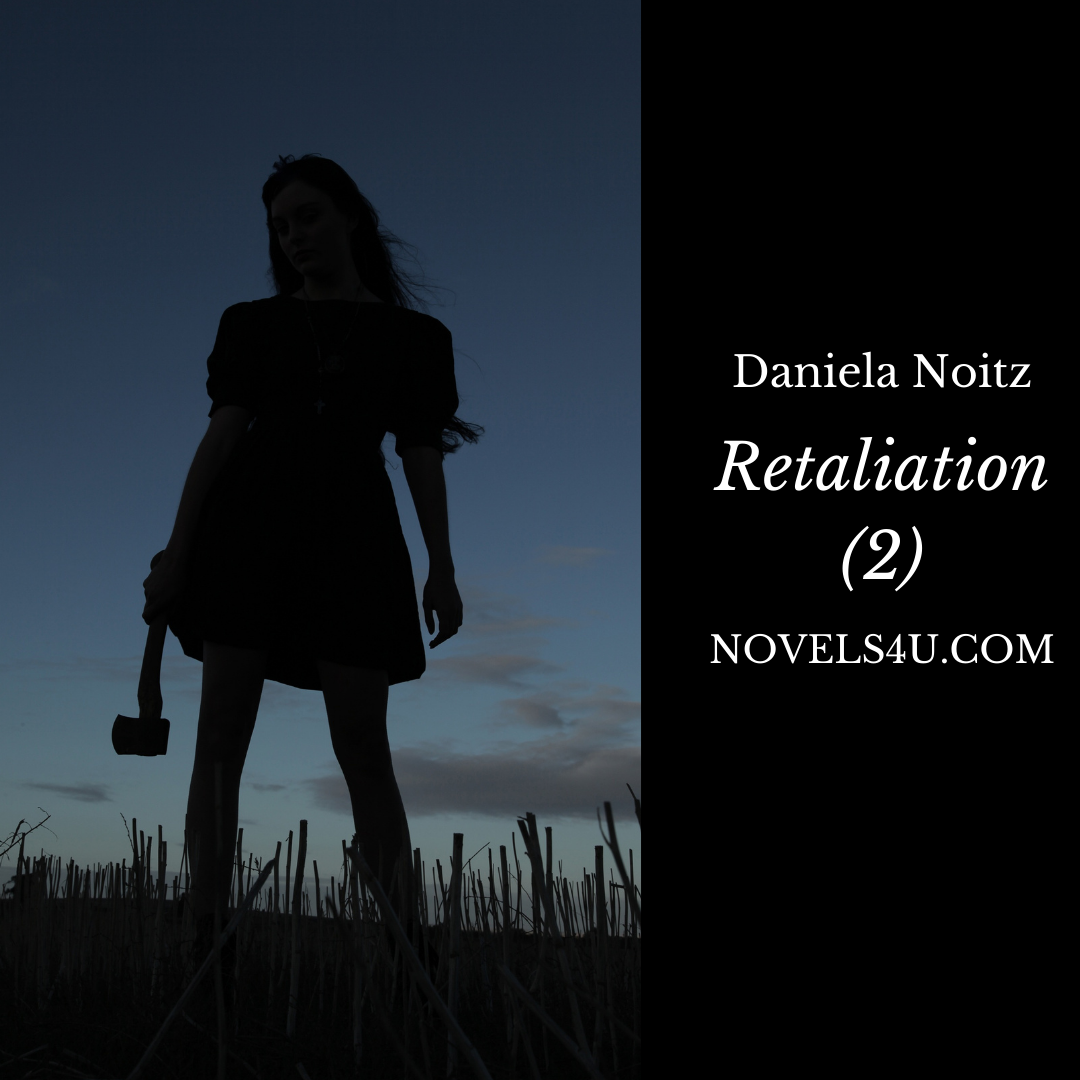 When he woke up the next morning, he felt invigorated and strong, only an irrepressible hunger tormented him. He looked around the hut. It was small and cozy. He saw an oven that was used for heating and cooking, a table with a bench and two beds. Two beds? So his angel didn’t live alone out here in the forest. When he looked more closely, he saw an old woman lying in the other bed. An intense smell of lavender filled his nostrils, but there was another in it, a hint of decay, of death. But then the door opened and his angel entered the hut. At last he had the opportunity to take a closer look. She was tall, but delicate, almost filigree. Her long dark hair came down to her knees and the long cotton dress showed solid contours. She stepped up to him smiling.

„You should eat something,“ she said casually and handed him a bowl of soup. He drank it up eagerly. The warmth did him good, and a mild serenity paired with a diffuse mist took over his body and his thoughts.
„What’s your name?“ He asked lightly.
„Nele,“ she replied shortly.
“My name is Stephan”, he replied, “Why do you live here in the forest? Why not in the village? ”“ Village? ”She replied, shaking her head,
„I do not know what you mean. I’ve always lived here. „
„But what do you live on?“ He asked further.
„Of everything that the forest has to offer, and that is sufficient.“
„Who is that, over there in the other bed?“ He wanted to know.
„This is my mother,“ said Nele shortly.
„She’s still sleeping,“ said Stephan, surprised.
„Yes, she’s been sleeping a lot lately, long and deep,“ Nele explained.
“How old are you?” Stephan wanted to know.
„I don’t know,“ Nele explained, „It doesn’t matter either.“ It doesn’t matter, Stephan thought, and had to admit that she was right. What did years say?
“Would you like to go outside with me? The sun is shining so beautifully, ”she offered. Stephan wanted to get up as he was used to, but there was still this dizziness in his head. Nele supported him and led him to the meadow in front of the house. He dropped into the grass. Nele seemed more and more beautiful to him. Nele felt his looks, the desire that spoke from it. Slowly she let the dress slip off her shoulders so that she stood naked in front of him.
„Do you want to touch me? Do you like me? ”She asked lightly.
„Yes,“ Stephan heard himself say, „Yes, I do.“ While she sat down next to him on the grass and he took her full, heavy breasts in his hand, she undressed him. „You are beautiful, like an angel,“ he said softly as she sat over him and buried his manhood in her lap, hugging her. Her pelvis rose and fell rhythmically and he enjoyed the movement and the intertwining. “It’s wonderful what you do with me,” said Stephan. „I know,“ replied Nele, „The others said that too.“
„What others?“ Asked Stephen.
„Everyone who came here,“ said Nele, as if it were the most natural thing in the world.
“You fuck with everyone?” Stephan asked further.
“Yes, of course”, Nele replied, “But now just enjoy it. Our time is so short. ”Stephen did as she asked him to when she suddenly stood up. Now she would make him happy with her mouth, he thought, and closed his eyes in anticipation of the joys to come. He would feel warm, soft lips, but instead of why and soft, he felt something sharp and cold, completely unprepared. A short, precise cut and a sharp pain went through him.