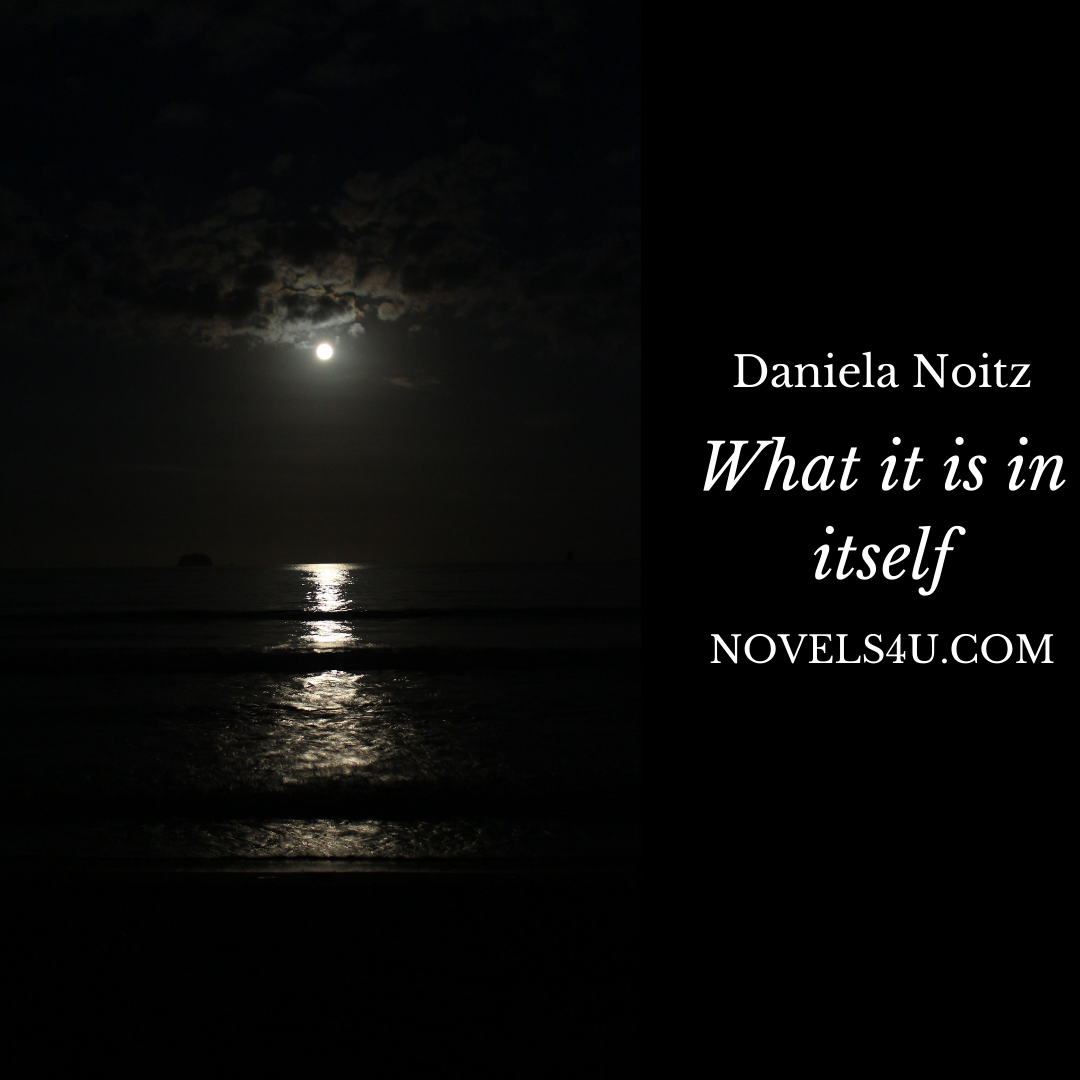 But we are already immersed. Just because something is not visible does not mean that it is not there. We want to catch the moon and it caught us. The touch of the water, the gentle embrace, we accept it and know we are right in the middle. We close our eyes to give space to sensuality, to experience the soft and wet and comprehensive. We are completely immersed, completely accepted. Not caught, no, taken in, safe. The water wants to hold us, rocking like a child in its cot. Exit and return, living and lasting, changing and lasting. Drop after drop, which always remain themselves and yet unite so much that it is no longer possible to separate them from one another, and yet they can separate from one another and form small pearls on our skin in order to escape again, again to find, to part again, like an eternal dance according to their inherent melody.

I want to wash around you, like the water, gently take in and accommodate you, touch and invigorate you, surround you with me, utterly, want to merge with you in order to remain yourself, want to bring me into you, so that the boundaries disappear and but it is possible to break away from one another again and again. And I want to find myself in you, accepted and accommodated. We jumped in the water to catch the moon and the moon took us in and the water took us and we took us in, and the moon gave us free to us and the water gave us free to us and we gave ourselves up to us, and the reflection still lives in us, which awakened the wish, but also the moon itself, like the water, like us, unadulterated and pure and real, and the reflection became tangible and the tangible lies in ours hands and we didn’t grab it but let it be, didn’t want to own it and keep it, but just admired and smiled at it. And through the moon and the water and us we found the self, which no longer needs to be fluffed up and veiled, but instead loses itself in the invitation to the eternity of the moment and finds itself, divides itself and becomes one, surrenders itself and is given, removed to arrive, given.

So it is, in myself, through that in us, through the water, through the reflection of the moon, to the real and permanent. It is in us when we are.