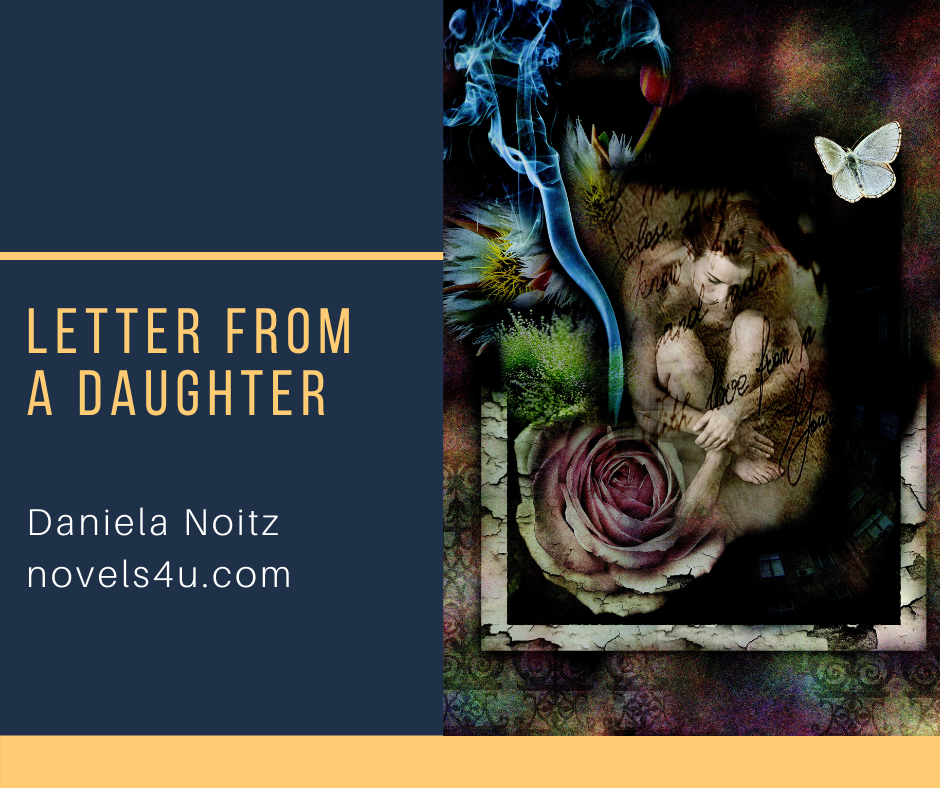 I am writing you a letter today because I have no other option since he took my cell phone and computer away from me. He said I had been on the phone with my girlfriend for too long. He was right about that. I just couldn’t pull myself together. So, it had become necessary. I just wanted to tell you that I am fine. Everything developed, especially me. Of course, I had to learn a lot, but my husband is very happy with me. Sometimes I sit outside on the veranda and enjoy the landscape and the silence. Not that you are thinking wrong. Of course, I’ll only do that when all the work is done. It is good that the nearest town is three miles away. So, nothing and nobody can distract me from my work.

Women come up with stupid ideas so easily, says my husband, and he has a lot of experience in the world. You don’t have to worry either. He treats me well. Every now and then he hits me, but he does it very considerately, because he always makes sure that the children don’t notice and he never hits me in the face, but only where I can hide it under my clothes. After all, it’s nobody’s business. And it really happens very rarely. Mostly when he’s drunk. But you have to understand that too, because a man is different when he’s drunk. On the other hand, he has the opportunity to deal with all the problems he has, but not me when he makes it up with his friends. A man needs his freedom. A woman cannot handle it. I have everything I need, two good, healthy children, a nice house, enough to eat, and a man who only hits me every now and then. But so, you don’t get the wrong impression, he’s very good to me. The other day I was careless while chopping wood and cut off the little finger of my left hand. I called him because that was the time when I still had a cell phone. He was having a beer with his friends and you will hardly believe what happened next! So, he was having a beer in a bar with a group of men when I called, which in itself is monstrous to expose him in front of his buddies. But he wasn’t upset. On the contrary, he finished his beer because he had to pay for it, picked me up and took me to the hospital. There wasn’t a single bad word when I had been so careless and deserved it. He just asked me to be more careful next time. Could I have done better? I do not think so. He downright spoils me. Some evenings he comes home almost right after work. Then I immediately send the children to bed so that I can be there for them. Yes, mom, then I can pamper him all around and serve him until he sends me to bed. He is a very good father to the children, especially our little Mia he gives with excessive tenderness, but the little brat seems to get something wrong. In any case, she’s been very strange lately, hardly speaks anymore and doesn’t eat anything. She even said that dad is too nice to her. As if there could be too much to be loved. This girl simply has no comparison and does not see what she has in her father. I think of you very often and just wanted you to know how happy and satisfied I am. It will stay that way. Remember.