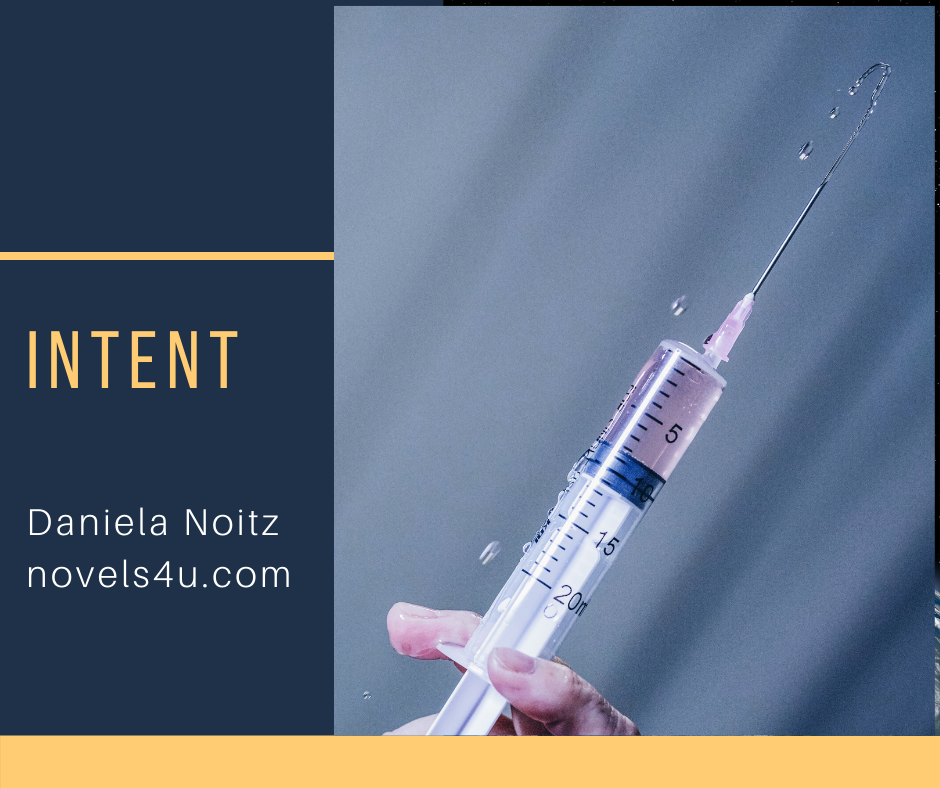 This is what lawyers call intent when an act was planned in advance, and she had planned it for a long time. With her own meticulousness, she had found the best, most effective and, above all, simplest solution to her problem. It wasn’t that easy at all. Making inquiries while not letting anyone even guess their real intentions. She had proceeded with the greatest care and caution. In addition, she tried to pretend tidy cheerfulness and zest for life to those around her. It was particularly difficult for her, but she succeeded. When she was alone she could relax from all the happiness and good humor. When she was alone she could be. She found it a tremendous effort to pretend, but she didn’t have to hold out much longer because she had everything she needed after all.

It would be time tonight. She was filled with anticipation at the thought that she would then no longer have to exert herself, that everything would then be easy. She came home in the late afternoon. She carefully tidied up the apartment. She put the syringes on the coffee table, ready to hand. She had made herself pretty. After all, it was a very special one, this last evening. “You are not to blame,” was her farewell letter, short and sweet. They should finally stop worrying their heads, should finally stop having to think about what to do or how to shape her life so that she would be happy. She should finally fucking live like a normal person in a normal life. Something was wrong there. She wasn’t even doing a proper, regular job. Still, she didn’t starve to death. Nobody understood and she kept silent about it. And then there was her strange love life. She had been with her boyfriend for years, as the saying goes, and the two didn’t show the slightest ambition to consolidate their relationship, outwardly, move in with or get married or have children, as people just do. They lived in two apartments, not even far apart, which was nonsense from a purely economic point of view. They didn’t have to worry about that anymore, and she would surprise him, yes, him. He had wanted it that way. Maybe it was said in jest back then, but she took it seriously.

In the legal language, that is called affect, when one follows a sudden inspiration. He had done it and was suddenly standing next to her. It wasn’t his day at all. They had set up a very precise visiting rule, every other Wednesday and every other weekend, and today was Tuesday. He couldn’t say exactly why he was standing there now, so outside of all regulation. Something had driven him to come. And she, she was annoyed that she had forgotten to lock the door. Tomorrow he should have found her, but didn’t come today, just at the worst possible moment. He stood next to her without a word, let his gaze swing back and forth between the syringes on the table and her. She got up, put away the syringes and the suicide note. Well, it shouldn’t be today. It would be found. It was just a shame because this evening would have been perfect. Then she went into the kitchen to cook for him. He was always hungry when he came to her. At least every other Wednesday and every other weekend.