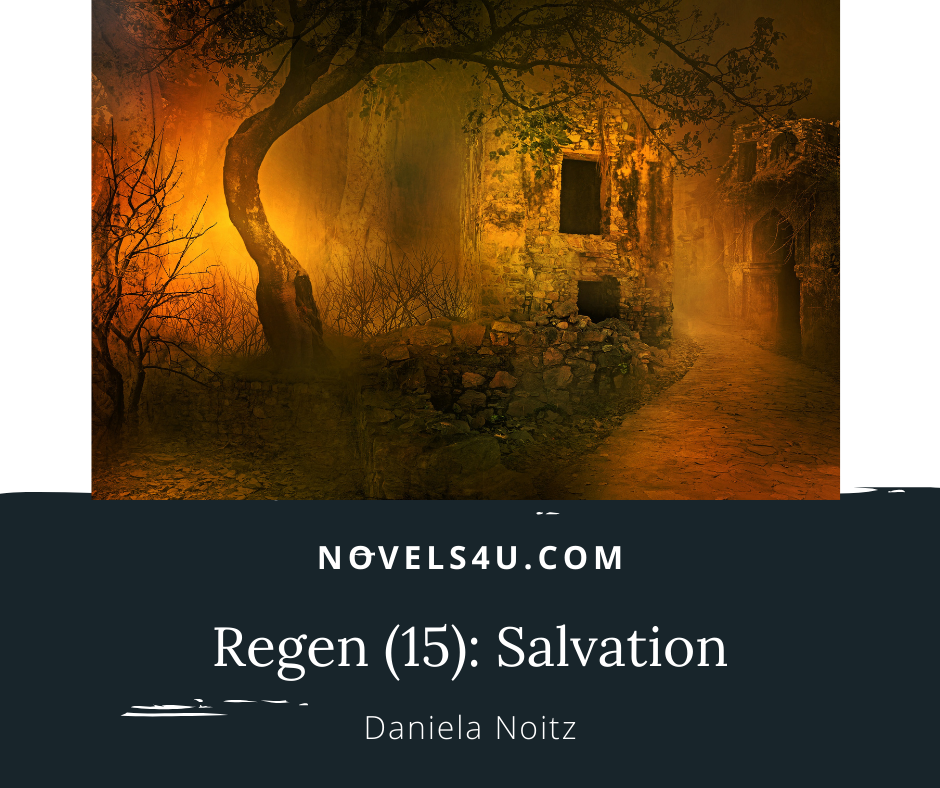 You turned to me when you continued to speak, on that full moon night when we had finally left the rain behind us.

“I was shivering with cold and tension. Now I knew everything, everything that I was not allowed to know. ‘Now you will die and what you have heard will be forgotten forever,’ said my aunt Morgana, ‘Seriously, you know what you have to do.’ He walked slowly towards me. There was no point in defending myself. I had saved Mochridhe. That was probably all I could do. I thought of my parents and my brothers, saw our house in my mind, and tried to say goodbye. I wanted to submit to my fate. Once again, but for the first time calmly and serenely, I watched the fire that destroyed everything I had loved.

This time I was just a spectator, and the figure standing in the middle who seemed to be directing the fire, I watched her, saw her turn, arms raised, and now, now at last I saw her face too. ‚It was you, you started the fire,‘ I realized. ‚Yes, I have, and you have to die for that too. You see, I can’t possibly let you go on,’ said Aunt Morgana calmly. ‚You have always hated her, your sister, and grudging her happiness, but she had learned something that she was not allowed to experience, which I also know,‘ I accused her, and I must have hit the mark when I felt safe. But they weren’t human arms, but animal claws. They set me down gently on the ground, the two ravens. ‚You did it,‘ I heard the one raven in my head. Then they flew away. I woke up in someone else’s bed. My throat felt burned out. Now it occurred to me that I was at my friend’s house, but instead of quenching my thirst, I ran home as quickly as possible. I just saw a dark figure enter the house. ‚How long have you been able to leave, Aunt Morgana?‘ I snapped at her. ‚My spirit is enough to wreak havoc,‘ she replied, but she got no further, because there were two ravens and two wolves that snatched her and took her with them. They would protect our home from now on, but I still had something important to do after I knew my family was safe. I drove out to the forest as fast as possible and ran to the castle, but to my horror I had to see that the castle had crumbled. Had it buried all of the residents? Desperate, I began to shout a name, the name of the only one who could be saved from this castle. ‚Mochridhe‘, I broke the silence of the night, but I got no answer when I heard soft sobs. He was sitting next to the rubble, still wearing the mask. ‚Everything, everything broken,‘ I heard him say. ‚No, you are freed from your guilt and your parents are free from themselves too‘, I replied, and carefully removed the mask, ‚Do you want to come with me and stay with us?‘ ‚Yes, I want that‘, he replied firmly and slowly I went back the way, reconciled, because now I no longer went it alone. ‚
With that you closed your story, and we sat down in the room by the fireplace, because now you no longer need to fear the fire, now you no longer need to flee from the images in your head. Sometimes we really get a second chance. Not too often, but it happens and then we have a duty to use it.