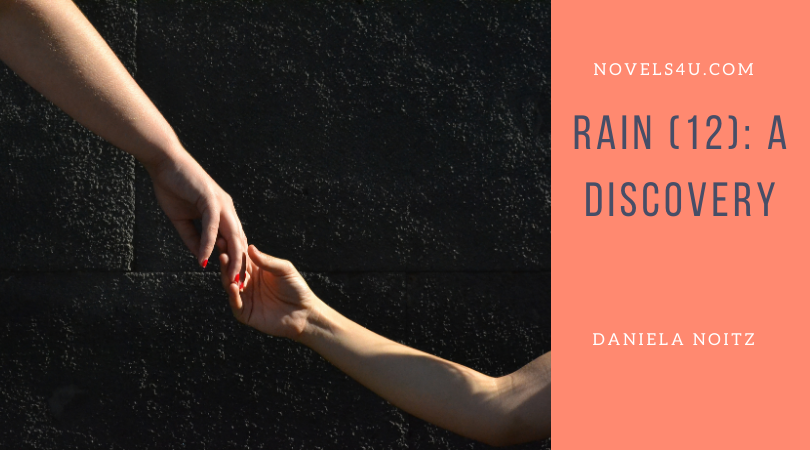 Your breath went quietly and evenly. Was it now finally possible that you arrived at a place where you could find peace? I let you sleep on, even if it wasn’t easy for me, because I just wanted to hear how it went on. Maybe because I was waiting for a whole happy ending. At least there had been a turn.

„Should I continue to tell?“ I suddenly heard your clear voice, which I had become so familiar with by now.
„Absolutely, if that’s what you want,“ I replied quickly.
“I let myself in at the sight of him. It had seemed a bit strange that I had been afraid of the beauty, and now he just seemed to me just amiable, understanding, but also helpless and lost. ‚What do you mean?‘, asked Mochridhe suddenly, ‚Did I tell the truth?‘ ‚Yes, you are beautiful, even more beautiful than your mother, but unlike her, I feel comfortable with you,‘ I answered truthfully, ‚ Only I don’t understand that the girls are supposed to have fallen for you in rows. I can’t understand that.’ ‘But it was like that. I saw her lying there myself, completely dislocated and broken,’ he said, and clapped his hands over his eyes as if he would manage to drive away the images that would not let him go. ‚And she told you about your decision? She told you that she was going to die because of you?’ I asked. ‚Do you have to torture me? How many times have I suffered this, over and over again. I hoped so much to find peace, and now even you are torturing me,’ he warned. ‚I’m sorry, I don’t want to torment you, but it is important that you tell me. I have a suspicion, and if this proves to be true, then maybe I can free you from more than from your tower,’ I tried to explain to him. ‚She finally saw it. I thought that would never happen again,’ explained the one raven in my head. ‚Yes, it took her a long time. If only we were allowed to say something, but she had to figure it out for herself,’ remarked the other raven in my head. It just told me that I was obviously on the right track. Whatever the ravens knew and couldn’t tell me, I was on the right track. ‚Please tell me if she told you personally. Then I’ll leave you alone. Please remember I wouldn’t ask if it wasn’t of immense importance,’ I added. ,Well. I saw her lying there, but what happened before?‘ Mochridhe mused aloud, ‚But what led to it, no, she didn’t tell me, but my mother, over and over again.’ ‚I thought that to myself ‚, I replied, ‚You are not to blame for the misfortune, the pain and the death, but only your mother. She convinced the girls that they couldn’t live without you and at the same time made them tired of you. Hasn’t she played the mediator, the confidante in a lot of things?’ I began to explain. ‚It was her, if I remember correctly,‘ he admitted, ‚But why should she do that? What reason did she have to harm me like that?’ ‘She had two reasons. On the one hand, you were more beautiful than she was, and she did not want to let her rank overtake her, not by her own son, and on the other hand, she did not want to give you up, but rather keep you to herself. And where would you have been better off than in the prison that you built yourself with your guilty conscience?’ I told him. ‚I can hardly believe it, my own mother …‘ he began, ‚But unfortunately it all makes sense. I have to go to her immediately, have to confront her.’ I was just able to stop him. ‘Not so fast. You won’t achieve anything like this. She will deny it and wrap you around her finger,’ I held him back, ‘We have to be smart and considered. If we get it right, she’ll admit it herself, and I think I’ve already got an idea.’ ‘Smart girl, really smart girl,’ said the one raven in my head as I explained my plan to Mochridhe.“
„Do you want to stay?“ I asked you after you had finished.
„Yes, I want to stay,“ you replied to my delight.